Twenty-Five Years in the Amazon

I was only 21 years old in 1982 when I traveled to Manu National Park in the Peruvian Amazon to do field research on spider monkeys. I ended every day in awe of the forest. The monkeys practically dripped from the trees, a family of giant otters cavorted in the lake, and tapir tracks criss-crossed the sandy beach after each rain. Species considered endangered or threatened in many areas of the Amazon were abundant here. Over a dinner of rice and beans, a seasoned researcher who had worked in protected areas throughout the tropics told me, “There are very few places left in the world like this. You don’t know how lucky you are to be working here.”

Eight years later, working as a young program officer at World Wildlife Fund (WWF), I appreciated the wisdom of my colleague. Many countries I had visited around the world since meeting him had designated protected areas to safeguard the natural resources on which local people and species depended. But they couldn’t afford to staff and maintain them, leaving them vulnerable to illegal logging or poaching that degraded or destroyed the very resources the protected areas had been established to protect. “Paper parks,” which are protected areas that seem to exist more on paper than in reality (due, mainly, to limited funding), were an unfortunate reality that I encountered with disturbing frequency.

In 1999, WWF challenged every country in the world to protect 10% of its forests. Brazil responded with an enthusiastic “Yes!” The challenge was enormous but, over the next 10 years, the Brazilian government more than tripled its protected area system in the Amazon, creating 24 million hectares (an area the size of Oregon) and making dozens of existing “paper parks” real.

Coming up with the funds needed to sustain these achievements was equally challenging. In 2011, my WWF colleagues and I estimated that the cost to maintain the Brazilian Amazon’s protected areas was $50 million annually, about double what the Brazilian government was currently investing. This seemed achievable to me. And so important, given the beauty and significance of the protected areas, which I had experienced firsthand.

But Brazil’s economy had grown to be one of the largest in the world, meaning that donors were becoming reluctant to provide grant funding to the country. So we stole a page from Wall Street’s playbook, which one of our Board members, Larry Linden, was familiar with from his days at Goldman Sachs. We applied a project finance approach that calls for developing and agreeing on a set of ambitious conservation outcomes and pledging to contribute based on a detailed financial plan. No funding is handed over until all of the parties involved agree that all of the conditions necessary for closing the deal have been met.

The team we assembled included representatives from the Brazilian government, Gordon and Betty Moore Foundation, Funbio, Linden Trust for Conservation and The World Bank. It took over two years to complete the project. I flew to Brazil dozens of times to participate in project meetings. The process was difficult, with many obstacles, but because we were all committed to the goal, we were successful. We agreed on a comprehensive financial plan for the protected area system over the next 25 years and on an operational manual and governance structure for the fund that would be capitalized to finance the transition to full funding by the Brazilian government. The government agreed to increase its budgetary commitments to the management of protected areas at the federal and state levels, hire the staff needed to manage those areas, and closely monitor its progress towards achieving the program’s technical and financial benchmarks. And donors, public and private, committed $215 million to the fund.

When I had the opportunity to travel to one of the protected areas benefiting from the new fund last October, the park director told me, “Without these funds, I wouldn’t have the boat, or motor for the boat, or gasoline for the motor, that I need to do my job.” Others are beginning to benefit from the funding, too, as $4 million from the fund has been disbursed so far.

I believe that the approach used in Brazil can help other countries. My WWF colleagues and I, along with partners, are engaged in applying the same approach in Peru and Bhutan. Although it has been 30 years since I made that first trip to Manu National Park, I am optimistic that, by using this innovative approach, adapted from outside the conservation field, Manu and many other special places like it will continue to exist for future generations.

In late August, six new protected areas were added to ARPA, bringing it to 99% of its 60 million hectare goal. A new Presidential Decree for ARPA was also signed, updating the original 2002 decree and formalizing ARPA’s new plan to achieve full financial sustainability for all of ARPA’s protected areas over the next 25 years. 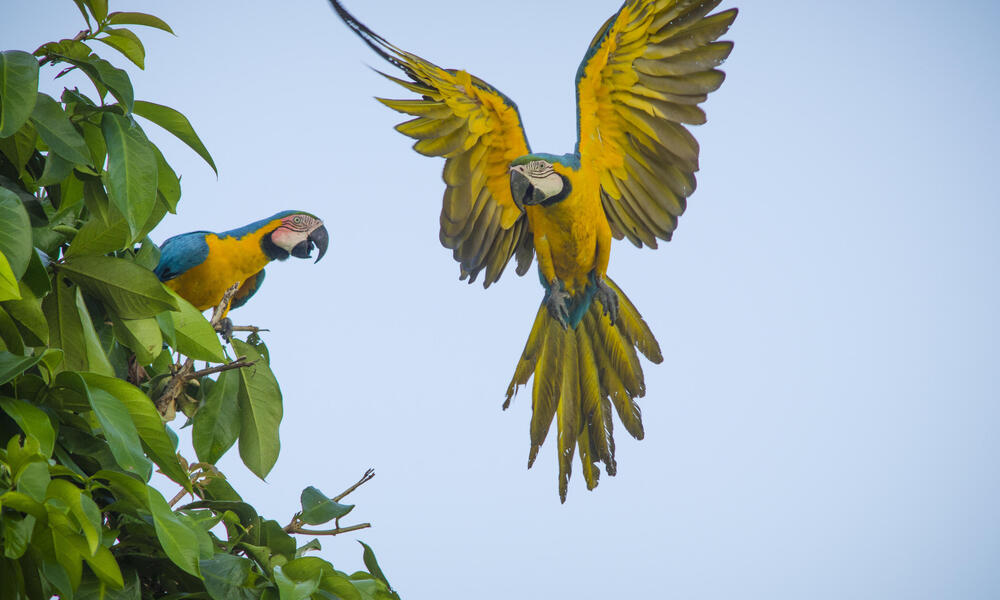 Meg Symington is the Managing Director, Amazon, at WWF-US

Make a symbolic macaw adoption to help save some of the world's most endangered animals from extinction and support WWF's conservation efforts.