US and China Take Major Step to Combat Climate Change 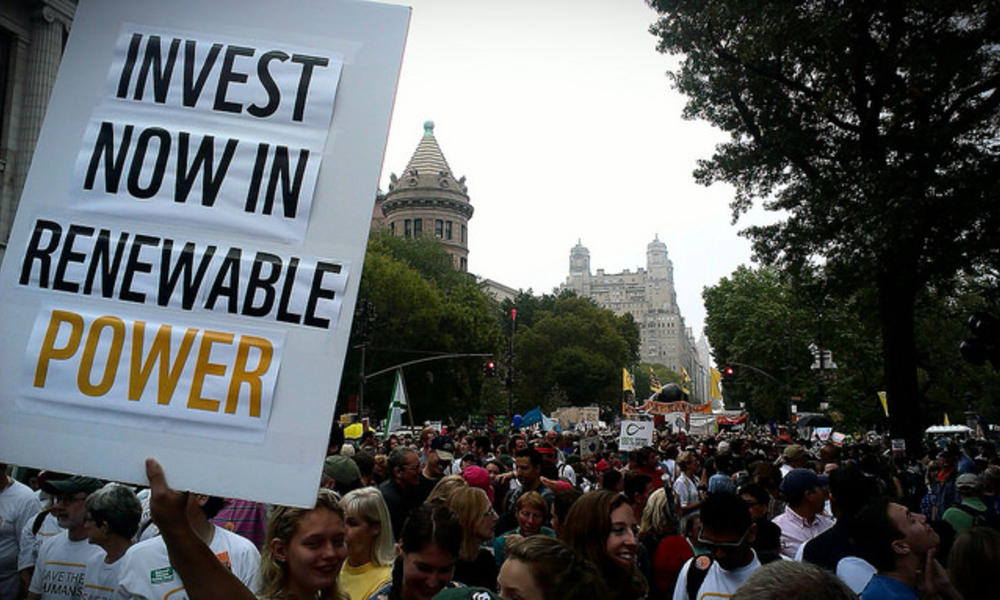 Urge the President to Keep Up the Fight Against Climate Change

The commitments by the US and China are a major step forward, but there is still much work to be done to protect our planet from the worst effects of climate change.

The United States and China recently sent shockwaves through global talks to tackle climate change. With almost no warning, the presidents of the world’s two largest economies—and largest carbon polluters—announced a historic agreement to slash their carbon pollution. The news marks the first time the two nations have worked together to seriously address the climate crisis. The announcement raises hopes that a new global climate pact can be reached at the UN climate talks in Paris next year.

Under the joint commitment, the US pledges to cut its carbon pollution 26-28% by 2025 compared to 2005 levels. For the first time, China agreed to limit the growth of its climate pollution including imposing an absolute cap by 2030. China also agreed to boost renewable energy to 20% of total energy production by 2030, which will require building new clean energy capacity nearly equal to the size of the entire US national electricity system

“By acting together, the world largest historical emitter and the globe’s current leading emitter have put the rest of the world on notice: Game on; it’s time to act,” said Lou Leonard, WWF’s Vice President for Climate Change.

The last few months have been busy for the international climate movement as part of the path leading to the big climate talks in Paris. The People’s Climate March and United Nations Climate Summit in New York City were unprecedented demonstrations of solidarity. The European Union announced its own new targets for reducing emissions 40% by 2030. But last night’s announcement—presented jointly by President Obama and Chinese President Xi Jinping in a ceremony at the Great Hall of the People in Beijing—may prove to be the most important.

In December, leaders from around the world will gather in Lima, Peru to continue work towards a global agreement in Paris. Few could have imagined a better lead into Lima than this announcement by the world’s biggest polluters. The next step is for other countries, especially major economies, to step up to the challenge created by the US-China deal.

WWF China CEO Sze Ping LO, who marched in New York City said of this announcement, “Leaders from the major economies are responding to the people’s voices at the UN Climate Summit in New York and the latest climate science of the IPCC. This should encourage all other major emitters and UNFCCC parties to announce their emissions reductions targets and finance commitments early next year.”

The US-China agreement represents important leadership, but there is room for more to be done. Analyses show that both the US and China could achieve even deeper cuts cost effectively. For the sake of our species and the species we share this planet with, it is crucial that countries try to reach science-based targets to keep the planet from warming more than 2C above pre-industrial levels.

“Acting together is an historic step for the US and China, but to give the world a fighting chance, both countries need to stretch to reach the highest goals possible,” says Lou Leonard.