US Moves to Reduce Climate Change Threat to Polar Bears 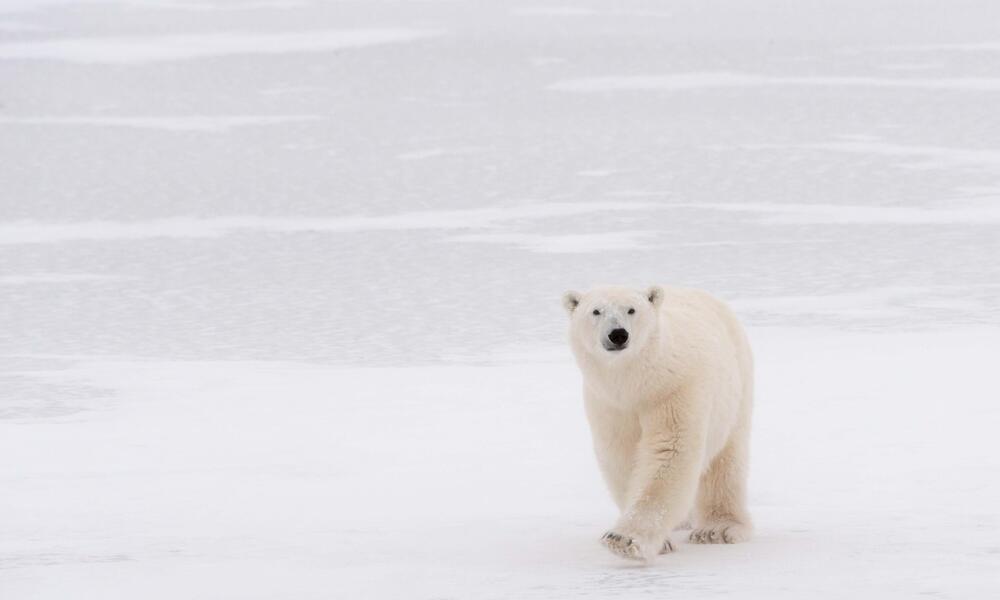 Speak up to save polar bears

Tell the US government not to ignore the immediate threat of oil spills in polar bear habitat.

Today the US government announced its draft plan to conserve polar bears, calling for timely and decisive reduction of greenhouse gas emission levels to curb climate change. Immediate action to reduce the long-term impact of climate change is essential.

“The greatest long-term threat to polar bears is the loss of their sea ice habitat in a warming Arctic, and reducing greenhouse gases is the only way to curb that threat. By calling for emissions reductions in the conservation plan, the Obama Administration is moving in the right direction,” said Margaret Williams, managing director of Arctic programs for World Wildlife Fund (WWF).

Another, more immediate, threat to polar bears is potential spills from offshore oil and gas development. Oil spills can travel for miles in harsh Arctic waters and foul key polar bear habitat, further stressing the Arctic ecosystem. WWF feels that the draft polar bear recovery plan does not adequately address the clear and present threat offshore drilling poses to the Arctic and should be reevaluated.

The action plan also outlines actions for sustainable co-management of subsistence harvest, protecting denning habitat, managing human-polar bear conflicts, and conducting research on polar bear populations. Not only will the plan be used to help polar bears in the US, but it will be part of an Arctic-wide conservation action plan being developed by the five polar bear "range states" (United States, Canada, Denmark, Norway, and Russia).

A team of over 30 polar bear experts—including WWF’s Elisabeth Kruger—collaborated with USFWS over this past year to map out a path towards polar bear resiliency in the Arctic. In 2008, polar bears were listed under the Endangered Species Act (ESA) in light of the projected effects of climate change on their habitat. Today’s plan will now serve as a roadmap for collective action by multiple US agencies toward recovery of polar bear populations.