Water for nature, water for all 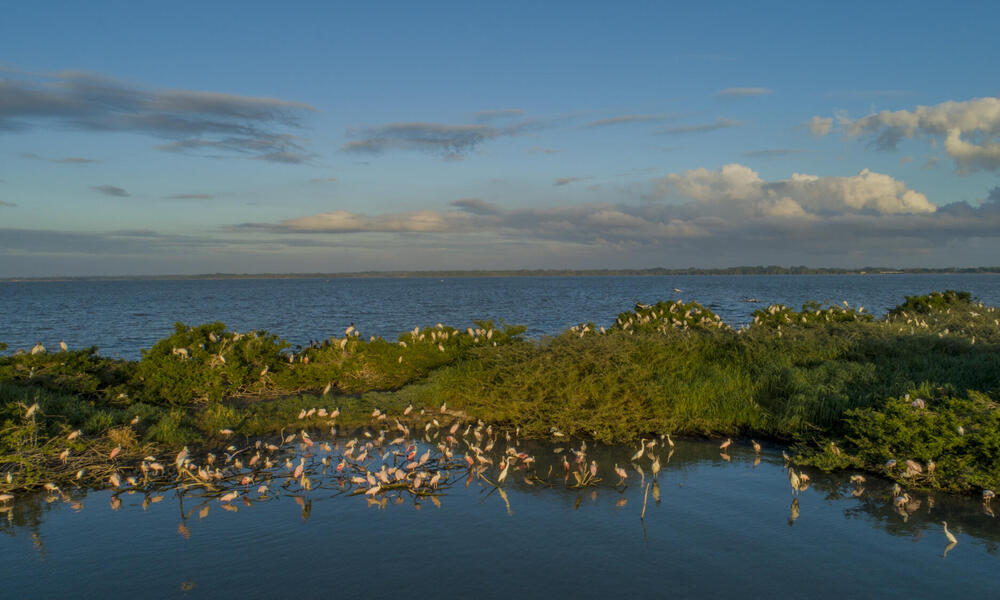 Mexico’s San Pedro Mezquital River stretches more than 150 miles from the mountains to the Pacific coast. Along the way, its waters feed the coastal lagoons and mangroves of the Marismas Nacionales, where nearly 12,000 families rely on rainfed agriculture, fishing and tourism. The waterways are also home to hornbills, fish, jaguars, migratory birds and even sharks and humpback whales.

How does Mexico ensure the river can continue to provide? By establishing a water reserve.

A "water reserve" leaves a certain amount of water in the river, letting it run freely so that nature can do its job. The reserve ensures all those who have been using its water still can, but at the same time protects rivers from overexploitation and pollution, guarantees water quality, biodiversity and human communities and their activities. It means storing the water not in dams, but in nature--in rivers, wetlands, soils and aquifers.

Fifteen years ago a group of experts from WWF Mexico sought to understand the health of their nation’s rivers. Why are the streams drying up, they asked? Why are they polluted? Why have we piped them? Is there really a shortage of water? And why are we losing aquatic biodiversity?

Their answer was simple but stunning nonetheless. In Mexico there was enough water but it was not well managed. Human activities consumed available water and not a drop was left to nature.

They understood that if things could change--if nature had enough water--it would generate more water, providing .life to rivers, forests, animals and plants and even cities, now and in the future.

This idea was the foundation for the establishment of  "water reserves", a part of Mexican national law since 1989 but often more as an aspiration than application.

WWF began working with communities, scientists, and the National Water Commission to define how much water should remain in the rivers and nature, beginning a process to decree water reserves in the country.

The first reserve was established  in 2014 on the San Pedro Mezquital river. Today, Mexican authorities announced the  decrees of nearly 300 basins with water reserves..

These basins will benefit some 45 million Mexicans, ensuring the quality of their water supply, in addition to other benefits offered by healthy rivers, such as the transportation of nutrients for fishing activity, dissolution of pollutants and resilience against  the effects of extreme natural events like storms or droughts.

Another advantage of water reserves? They can be replicated in other countries of the world. Latin America and Africa have already looked to Mexico’s water reserves as a model to protect and sustain rivers, and the wildlife and people that depend on them.