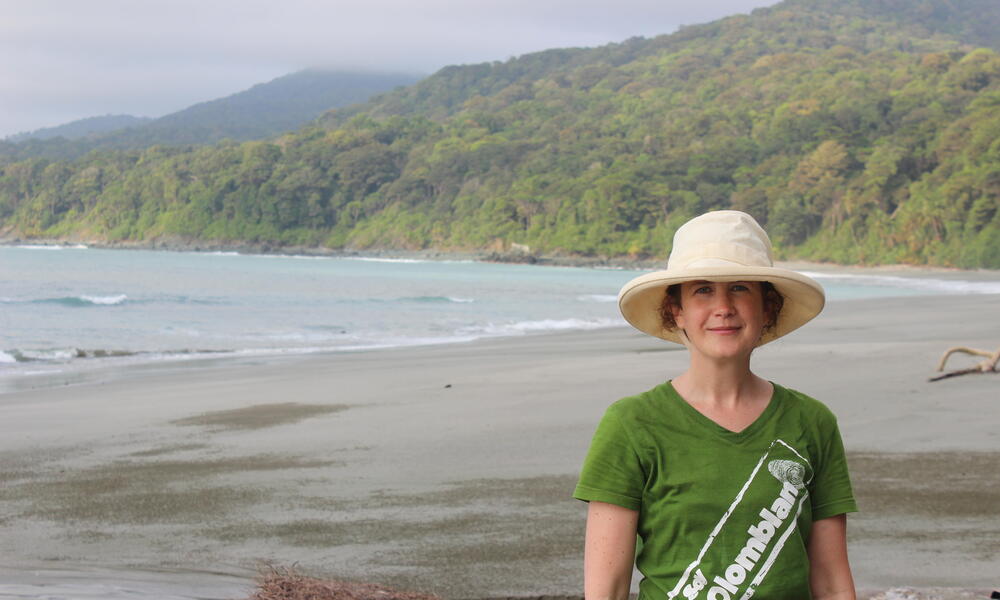 “Gorgona Island is a natural wonder with impressive biodiversity.”

After hours of only sky and sea, the island suddenly appears on the horizon. It’s not the tropical paradise I was expecting (white sand, beach umbrellas and palm trees), but instead looks dark and ominous, a towering mountain of jungle rising more than a thousand feet above the sea.

I’ve just spent a rather rough journey aboard a tiny vessel in the Pacific, heading toward an island more than 20 miles from Colombia’s mainland. My destination: Gorgona Island National Park, a.k.a. “Science Island” because of all the research carried out here.

WWF started working here in 2006 on sea turtle and coral reef fish monitoring, and a few years later we became scientific advisors for the park. Only recently we started our turtle tagging program, which I am here to observe.

The island is named after the mythological women with snakes for hair; there are 20 snake species found here (four of them venomous). A mural of the female monster image greets me when I arrive.

A park ranger provides a more friendly welcome though, and offers some tips: don’t go off alone into the jungle and wear rubber boots to protect from snakes. I glance down at my sandals and walk quickly back to my room. I start to unpack, disturbing several lizards and dinosaur-sized cockroaches; I cringed when they disappeared into my bed.

Before becoming a national park, Gorgona was a maximum security prison. You can still walk among the prison walls and stand in the cells, although the jungle has overtaken most of it. Watch out for the giant ants though, whose painful stings reprimand me again for not wearing boots.

Gorgona Island is a natural wonder with impressive biodiversity that attracts scientists here year-round. Humpback whales come annually to breed offshore, swirls of seabirds circle overhead and nest on its rocky outcrops, and sea turtles feed on its reefs and lay eggs on its beaches.

The next day WWF researchers and I are up at dawn to catch and tag sea turtles. We only find one, though, and have to go back out after dinner. Using red light headlamps (white light attracts needlefish, which will leap out of the water and spear you through the eyes) we catch several turtles, placing them in an underwater holding pen overnight.

The next morning, we discover an empty pen, as strong winds during the night had somehow liberated all of our turtles. Such is the nature of fieldwork in a place like this. So far, data from the turtles WWF has tagged show they seem to stay at Gorgona, finding abundant food and refuge here.