When the mountains tremble

This piece was originally published by WWF-Nepal via Exposure. 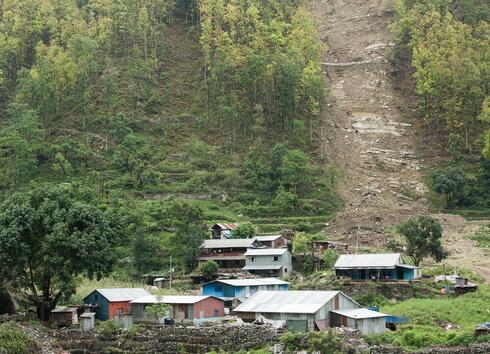 For Pahirebesi, catastrophic weather events are written into its history as well as its name. The scenic village perched on the foothills of Rasuwa, along the banks of Nepal’s mighty Trishuli river, gets its name from the Nepali word ‘pahiro’ meaning landslide, and 'besi' meaning 'base, literally translating to "situated at the base of a landslide". Every monsoon season, villagers are confronted with persistent twin threats: from above, increasing rainfall triggers loose soil to come crashing down on the village, and from below, river levels rise, increasing the probability of floods.

The pattern of disaster and recovery is routine for villagers like Gyanu Thapa, who relocated to the village about 25 years ago. But not even once during her time in Pahirebesi had this annual recurrence cost her loved ones. Five monsoons ago - as communities were just dusting off the tragic vestiges of the 2015 earthquake - hours of incessant rainfall triggered a landslide right above Gyanu Thapa’s house. Four family members were buried under the rubble that night, including her uncle, Dharma Bahadur Thapa Magar.

A series of unfortunate events led to this tragic occurrence.

Having lost his home in the 2015 earthquake, Dharma had moved into a newly built house close to Gyanu’s, only a day before the incident. What should have been a night of celebration quickly turned disastrous.

“There was a booming noise, and the next thing we knew, the village was awash with mud and rocks,” recalls Gyanu. “It was difficult to comprehend what had happened. We were expecting water to enter the houses but instead, the land moved,” she adds.

Amidst chaos and loss, there was also certainty. The next morning, villagers headed towards what they thought was the culprit: a slope destabilized by the earthquake. Though the area had been re-stabilized using bioengineering techniques with support from the National Park and Buffer Zone Support Program, locals were doubtful of its effectiveness given the regularity of landslides in the region. It was at this moment that Gyanu realized the significance of disaster risk reduction measures. Not a single stone on the slope was out of place; the stabilization and disaster mitigation techniques had worked. But nature had found its way elsewhere.

With a newfound assurance that disaster risk reduction can be successful, Gyanu, supported by other women in the village, led an initiative to stabilize other landslide-prone slopes in the village. The women attended a training in bioengineering methods and the techniques that they applied included a combination of constructing minor structures built of timber and rocks, supplemented by planting trees and shrubs to stabilize the slopes.

Their efforts bore fruit when the next disaster struck and neither of the bioengineered slopes gave way. Today, Gyanu leads a project with six women to replicate these efforts elsewhere in the region. Their task is far from easy, as it takes six people three days to complete just a single step. A difficult project to take on, but one that can save the village when the next disaster strikes.

While fear still lingers and Pahirebesi continues to toil with the reality of its vulnerability, community ownership over bioengineering has paved the way for some newfound stability. As for people like Gyanu, they know that next time the mountains tremble, they will tremble a little less in response. 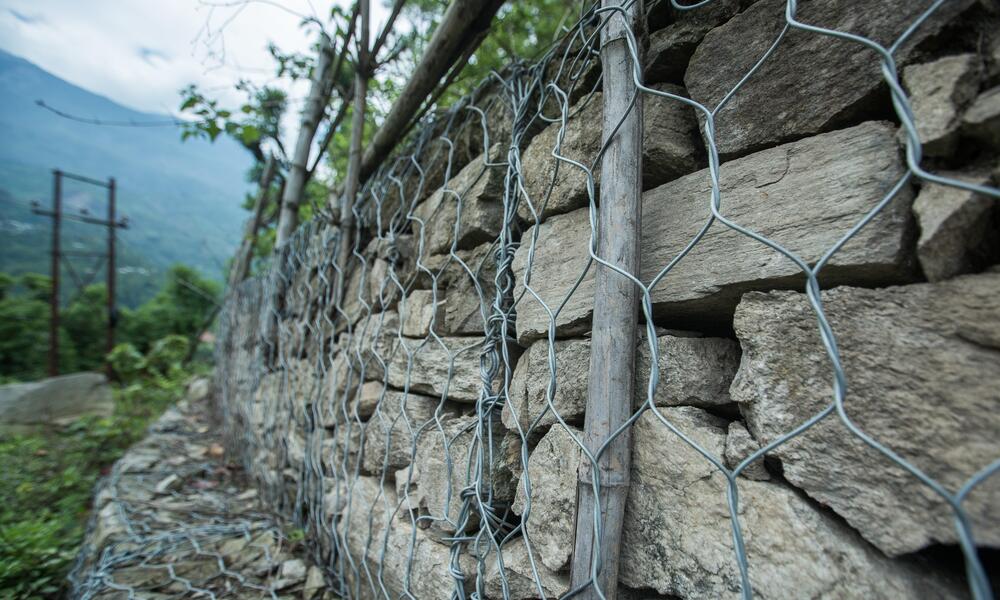