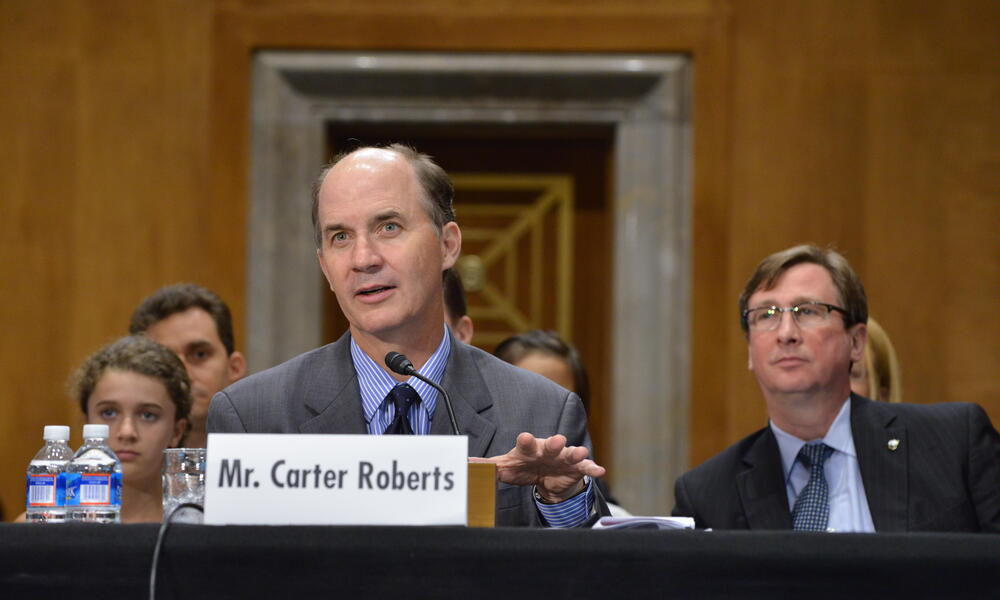 The Task Force will be creating a framework for addressing and stopping wildlife trafficking around the world, with a focus on the supply coming from Africa and the demand coming from Asia.

“President Obama's establishment of this task force and advisory council makes it clear that stopping wildlife crime is a priority for the United States Government,” Roberts said. “Only by elevated and strengthened coordination across U.S. agencies and with outside experts will we crack the massive illegal wildlife trade problem. We cannot solve this crisis without a whole government approach and new alliances between agencies, NGOs and the private sector. We need this, if we're going to halt the organized crime syndicates who are robbing the world of elephants, rhinos, tigers and other species.”

Close to 30,000 African elephants are slaughtered annually for their ivory, making their way to markets in Asia for nothing more than trinkets and ornaments. The U.S., unfortunately, is also a destination for illegal wildlife products; in July 2012, two Manhattan jewelers admitted to illegal ivory trading.

The formation of the Task Force and Advisory Council was announced back in July 2013 at the President’s discretion during a trip to Africa, when he revealed a new Executive Order to combat wildlife trafficking. The Advisory Council will work closely with and advise the President’s Task Force in developing a National Strategy on wildlife trafficking.

Read more about the Advisory Council.
Visit the FACA website.