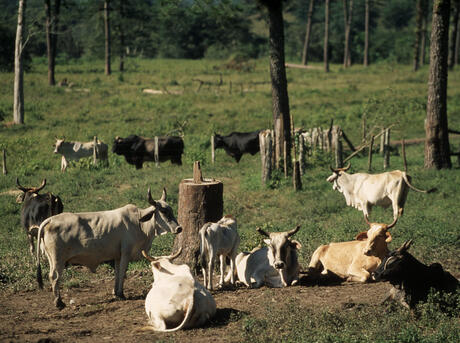 In the Amazon, around 17% of the forest has been lost in the last 50 years, mostly due to forest conversion for cattle ranching.

Forests cover 31% of the land area on our planet. They help people thrive and survive by, for example, purifying water and air and providing people with jobs; some 13.2 million people across the world have a job in the forest sector and another 41 million have a job that is related to the sector. Many animals also rely on forests. Forests are home to more than three-quarters of the world’s life on land. Forests also play a critical role in mitigating climate change because they act as a carbon sink—soaking up carbon dioxide that would otherwise be free in the atmosphere and contribute to ongoing changes in climate patterns.

But forests around the world are under threat, jeopardizing these benefits. The threats manifest themselves in the form of deforestation and forest degradation. The main cause of deforestation is agriculture (poorly planned infrastructure is emerging as a big threat too) and the main cause of forest degradation is illegal logging. In 2019, the tropics lost close to 30 soccer fields' worth of trees every single minute.

Deforestation is a particular concern in tropical rain forests because these forests are home to much of the world’s biodiversity. For example, in the Amazon around 17% of the forest has been lost in the last 50 years, mostly due to forest conversion for cattle ranching. Deforestation in this region is particularly rampant near more populated areas, roads and rivers, but even remote areas have been encroached upon when valuable mahogany, gold, and oil are discovered.

Reforesting the Global South with WWF's Education for Nature and UPS

Forests cover approximately one-third of the Earth’s surface and are home to more than three-quarters of the planet's remaining biodiversity, but are declining around the world at an alarming rate. Learn about how WWF's Education for Nature program and The UPS Foundation partner to fund locally-led reforestation and restoration projects in areas with critical need.

A forest in Sumatra, Indonesia, is clear cut to make way for a palm oil plantation.

Deforestation can happen quickly, such as when a fire sweeps through the landscape or the forest is clear-cut to make way for an oil palm plantation.  While deforestation appears to be on the decline in some countries, it remains disturbingly high in others—including Brazil and Indonesia—and a grave threat to our world’s most valuable forests still remains.

Over the next 15 years, forest landscapes equaling an area more than twice the size of Texas could be lost to rampant deforestation, according to a WWF report. If nothing is done, 11 of the world's most ecologically important forest landscapes—including forest homes or orangutans, tigers, and elephants—will account for over 80 percent of forest loss globally by 2030, the report states. Up to 420 million acres of forest could be lost between 2010 and 2030 in these "deforestation fronts" if current trends continue. The hot spots are located in the Amazon, the Atlantic Forest and Gran Chaco, Borneo, the Cerrado, Choco-Darien, the Congo Basin, East Africa, Eastern Australia, Greater Mekong, New Guinea, and Sumatra.

Expanding agriculture, due to an increased population and shifts in diet, is responsible for most of the world's deforestation. As the human population continues to grow, there is an obvious need for more food. In addition, agricultural products, such as soy and palm oil, are used in an ever-increasing list of products, from animal feed to lipstick and biofuels. Rising demand has created incentives to convert forests to farmland and ranch land. Once a forest is lost to agriculture, it is usually gone forever—along with many of the plants and animals that once lived there. 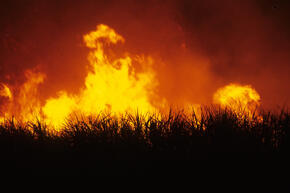 Fires are a natural and beneficial element of many forest landscapes, but they are problematic when they occur in the wrong place, at the wrong frequency or at the wrong severity. Each year, millions of acres of forest around the world are destroyed or degraded by fire. The same amount is lost to logging and agriculture combined. Fire is often used as a way to clear land for other uses such as planting crops. These fires not only alter the structure and composition of forests, but they can open up forests to invasive species, threaten biological diversity, alter water cycles and soil fertility, and destroy the livelihoods of the people who live in and around the forests. 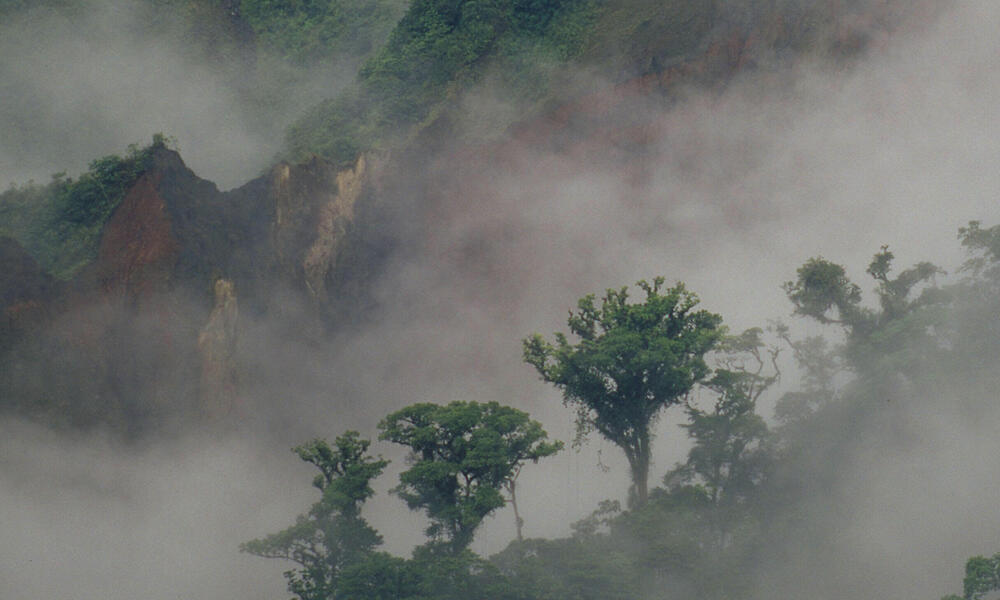 Forests are more than just a collection of trees and other plants—they are integrated ecosystems and home to some of the most diverse life on Earth. They are also major players in the carbon and water cycles that make life possible. When forests are lost or degraded, their destruction sets off a series of changes that affect life both locally and around the world.

More than three-quarters of the world’s documented land-based species can be found in forests. When species lose their forest homes, they are often unable to subsist in the small fragments of forested land left behind. They become more accessible to hunters and poachers, their numbers begin to dwindle and some eventually go extinct. Even localized deforestation can result in extinctions as many unique species exist in small isolated geographic locations in the world.

Forests are carbon sinks and, therefore, help to mitigate the emission of carbon dioxide and other greenhouse gases. Tropical forests alone hold more than 228 to 247 gigatons of carbon, which is more than seven times the amount emitted each year by human activities.

But when forests are cut, burned or otherwise removed they emit carbon instead of absorb carbon. Deforestation and forest degradation are responsible for around 15% of all greenhouse gas emissions. These greenhouse gas emissions contribute to rising temperatures, changes in patterns of weather and water, and an increased frequency of extreme weather events. For example, in Sumatra, rainforests on deep peatlands are being cleared, drained and converted to pulp plantations, contributing to Indonesia’s high greenhouse gas emissions. Changes in climate can affect forest-dwelling creatures by altering their habitats and decreasing availability of food and water. Some will be able to adapt by moving to higher elevations or latitudes, but species losses may occur.

Trees play a key role in the local water cycle by helping to keep a balance between the water on land and water in the atmosphere. But when deforestation or degradation occurs, that balance can be thrown off, resulting in changes in precipitation and river flow. 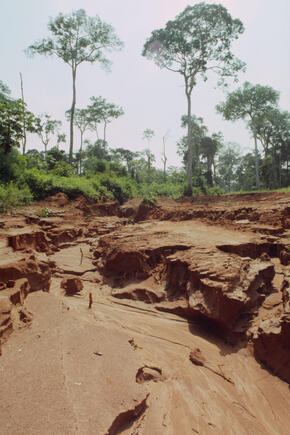 Without trees to anchor fertile soil, erosion can occur and sweep the land into rivers. The agricultural plants that often replace the trees cannot hold onto the soil. Many of these plants—such as coffee, cotton, palm oil, soybean and wheat—can actually exacerbate soil erosion. Scientists have estimated that a third of the world’s arable land has been lost through soil erosion and other types of degradation since 1960. And as fertile soil washes away, agricultural producers move on, clearing more forest and continuing the cycle of soil loss.

1.25 billion people around the world rely on forests for shelter, livelihoods, water, fuel, and food security. And 750 million people (approximately one-fifth of total rural population) live in forests. This includes 60 million indigenous people. But deforestation disrupts the lives of these people, sometimes with devastating consequences. In the Greater Mekong in Southeast Asia, where land tenure systems are weak, deforestation has contributed to social conflict and migration. In Brazil, poor people have been lured from their villages to remote soy plantations where they may be abused and forced, at gunpoint, to work under inhumane conditions. 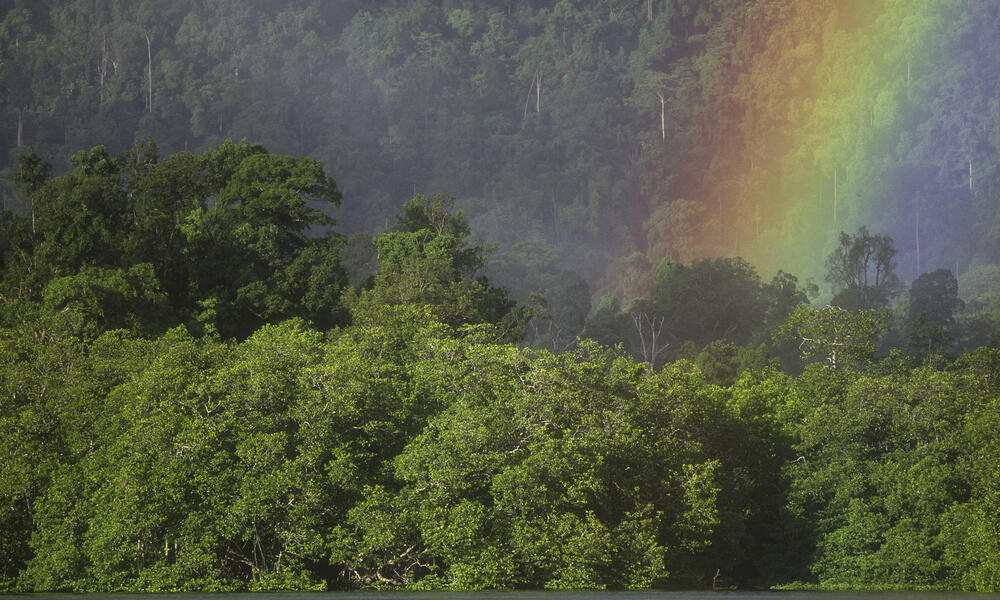 To stop deforestation, WWF uses several approaches, some of which are summarized below. To bring each approach to life, we work with companies, communities, government leaders, academics, and others.

A key part of the solution is marking good decisions from the forest floor to the sales floor. That's where WWF's Global Forest & Trade Network-North America (GFTN-NA) program comes into play. The program engages companies, trade associations, public procurement entities and institutions across North America that are committed to responsible production and sourcing of forest products. It is a network made up of a diverse group of people: forest managers, forest product producers, forest product buyers, and many more. 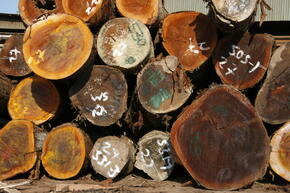 To eliminate one of the largest drivers of deforestation—the irresponsible expansion of agricultural operations—WWF is focused on ensuring that agribusiness, governments, and others meet their commitments to help conserve the world's forests. Doing so marries the strengths of two approaches WWF uses to stop deforestation. One is the ability, via REDD+ programs, to engage with governments. The other is the ability, via the Forest Stewardship Council and other market-based certification schemes, to engage with agriculture producers.

To address infrastructure-related drivers of deforestation, we seek to influence the financing of roads, mines, and other infrastructure in the developing world, largely by ensuring that the value of forests are factored into decisions about where to create or expand infrastructure.

Most conservation areas (most which are parks that are referred to as "protected areas") are not well-funded. As a result, they are not well-managed—an issue that often leads to deforestation. One way to address this challenge is to use a financial approach for conservation known as Project Finance for Permanence (PFP). Through this approach, donors from the public and private sectors contribute money to create a fund that will support the proper management of protected areas in a region—some of the funding can also be used to create new protected areas and expand existing ones, but the majority of funding is for management. WWF's Earth for Life initiative has already completed two PFP projects and strives to complete several more over the coming years.

Effective policies help stop deforestation. That's why WWF helps countries, like Myanmar and Belize, assess the value of their natural resources and the services they provide, such as forests that absorb carbon and provide habitat for endangered wildlife. Decision makers use the assessments in a variety of ways, including promoting a green economy approach—one in which the sustainable use of natural capital is integrated into a country's new plans and policies for the economy, agriculture, energy, and more.