Investigative journalists are often the first to uncover corruption in locations with limited enforcement or low rule of law. This is particularly true in environmental sectors that tend to be low priorities for law enforcement and governments. These professionals also bring skills and relationships to bear that can shed light on corruption in natural resource management (NRM).

Join us for a TNRC Virtual Panel to discuss how investigative journalists approach investigations in environmental sectors to uncover corruption, and how NRM practitioners and journalists can cooperate, inform and learn from each other, particularly in settings where corruption makes it less desirable to report to government. Experts will share their stores, experience, and best practices for being effective in spite of corrupt environments. 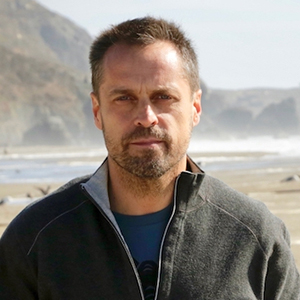 Andrea Crosta, Executive Director and Board Member, Earth League International
Andrea has over 30 years of experience in conservation projects around the world and, in a parallel professional career, he has been working for over 17 years as an international consultant to companies and governmental agencies on high-end security technologies & services, homeland security, anti-piracy, investigations and risk management. He now applies this unique knowledge to conservation and wildlife protection. He is among the founding members of the Wildlife Justice Commission, in The Netherlands, a Member of the Board of The Africa Conservancy Foundation, and the creator and project manager of WildLeaks, the world’s first wildlife crime whistleblower initiative. Andrea is among the main protagonists of the Netflix’s documentary ‘The Ivory Game‘ and of the NatGeo documentary ‘Sea of Shadows’, and he is the co-author of “Africa’s White Gold of Jihad: al-Shabaab and Conflict Ivory”. As an entrepreneur in 1998 he founded ‘Think Italy’, among the very first e-commerce start-ups in Italy. He holds a Master’s Degree in Natural Sciences, a Master’s Degree in Business & Innovation and a BSc in Psychology. 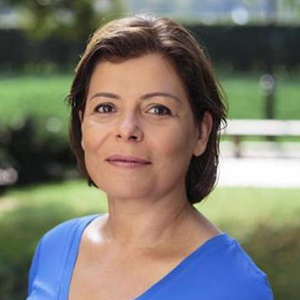 Giannina Segnini, Director of the Master of Science Data Journalism Program, Columbia University Journalism School
Until February 2014, Segnini headed a team of journalists and computer engineers at La Nacion, Costa Rica’s newspaper. The team was fully dedicated to unfold investigative stories by gathering, analyzing and visualizing public databases. Her team processed the data and developed the interactive application for the OffshoreLeaks project, published by the International Consortium of Investigative Journalists (ICIJ) in 2013. She also partakes actively in the ICIJ’s Panama Papers project. Segnini has been an ICIJ’s active member since 2007 and member of its board of advisers since 2015. Segnini is also a member of Investigative Reporters and Editors (IRE), the Global Investigative Journalism Network (GIJN), Global Editors Network (GEN), Instituto de Prensa y Sociedad (IPYS) and the Gabriel García Márquez Foundation. Her work has garnered numerous awards, including the Maria Moors Cabot Award (2014), the Excellence Award from the Gabriel García Márquez Foundation (2013), and the Spanish Ortega y Gasset Prize (2005), among others. 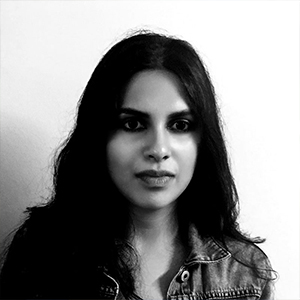 Khadija Sharife, Senior Editor, Africa, OCCRP
Based in South Africa, Khadija Sharife (LLM) is an award-winning investigative journalist and senior editor for Africa at Organized Crime and Corruption Reporting Project (OCCRP). Her focus is illicit financial flows, natural resources, and political economy. She is the former director of Plateforme de Protection des Lanceurs d’Alerte en Afrique and currently also a board member of Finance Uncovered and a Poynter Fellow at Yale. She has worked with forums including the Pan-African Parliament, African Union, OECD, and UNEP. She is the author of "Tax Us If You Can: Africa." 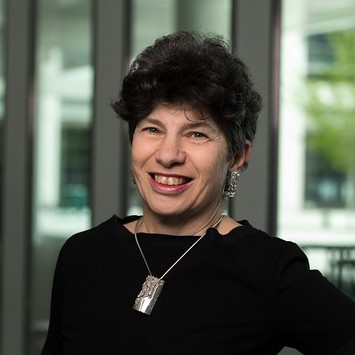 Dr. Louise Shelley, Director, Terrorism, Transnational Crime and Corruption Center, and Professor, Schar School of Policy and Government, George Mason University (Moderator)
Dr. Shelley is a leading expert on the relationship among terrorism, organized crime and corruption as well as human trafficking, transnational crime and terrorism with a particular focus on the former Soviet Union. She also specializes in illicit financial flows and money laundering. She was an inaugural Andrew Carnegie Fellow. Her newest book was written while on the Carnegie Corporation and Rockefeller Foundation Bellagio Fellowship, Dark Commerce: How a New Illicit Economy is Threatening our Future, on illicit trade, the new technology and sustainability.