Gender-based violence and environment linkages:
The violence of inequality 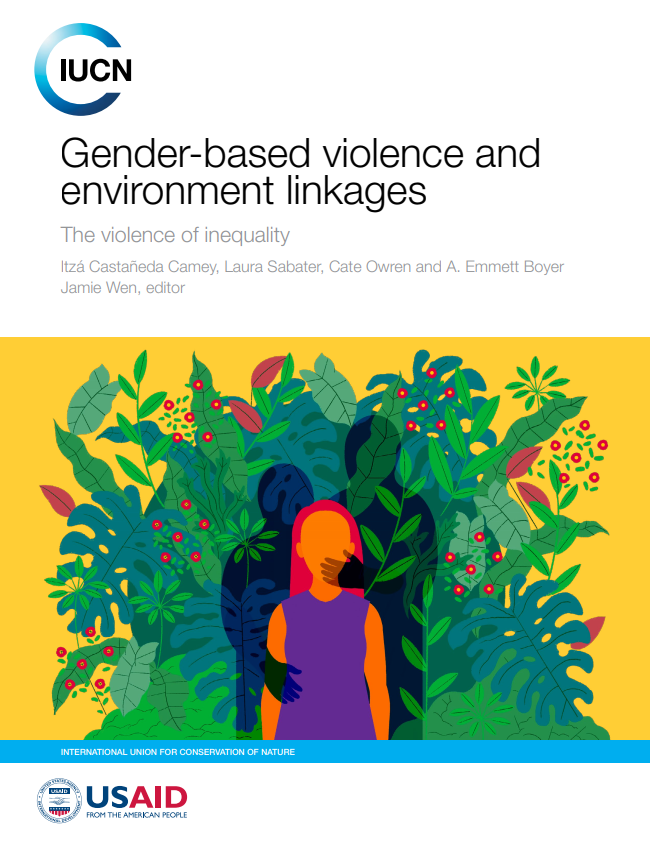 This 2020 report from the International Union for Conservation of Nature and Natural Resources (IUCN) consolidates knowledge and experiences gathered from across sectors and is a valuable reference for policymakers and practitioners to understand issues and potential interventions to address Gender-based Violence (GBV) as it relates to the environment. Among other forms of GBV, this report discusses sexual extortion by authority figures for access to land rights. Such extortion is a form of corruption that is linked to environmental outcomes. In these cases, women are subjected to sexual extortion when they seek agricultural land and land titles and are especially vulnerable to such demands as they are often unable to pay cash bribes. Such corruption is characterized by the abuse of power, withholding benefits towards a transactional demand and psychological coercion based on the imbalance of power.

This report reviews gendered roles and relationships in natural resource management and also looks at gender-based violence in the context of resource use and tenure. Among a range of evidence presented, the report discusses Transparency International’s findings from Madagascar, where women and men both experience land corruption, but women are disproportionately at risk of sexual extortion (“whereas men are asked to ‘leave something’, women are asked to ‘offer something’”). Sierra Leone is also discussed, where 8 percent of surveyed women and 5 percent of surveyed men reported to Transparency International that they had been asked for sex to resolve a land issue by local chiefs or land officials, or knew someone who had. Importantly, the report presents examples of entry points and sample interventions on GBV. These offer ideas for ways forward in addressing GBV in natural resource access, use and control, as models for practitioners to consider.