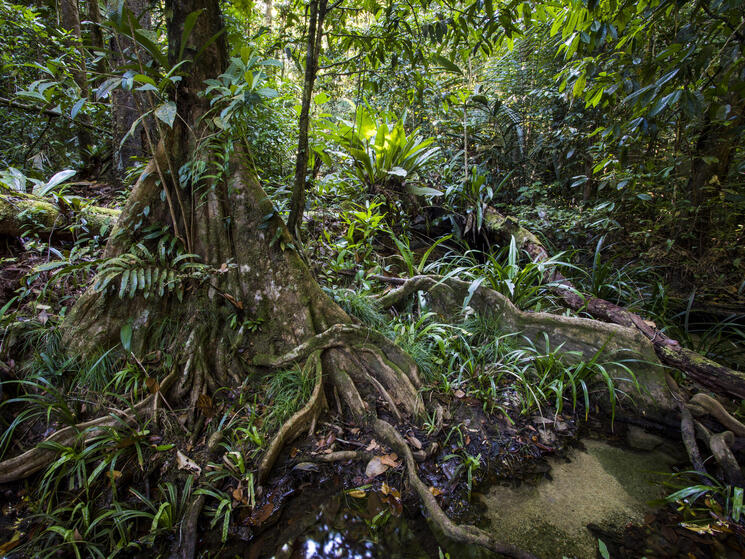 Cradle of the Virus: How Forests are the Source of and Solution to Emergent Pathogens

The hearts of the world’s oldest and most intact forests are the global centers of evolution and biological diversity, and most of this diversity is unknown and microscopic. To a biologist, these “primary forests” are natural cathedrals that still contain untold numbers of undiscovered species. To an epidemiologist, they contain a primordial soup of novel and dangerous pathogens. Biological diversity does not only refer to the cutest or most charismatic of creatures.

These places, which we value for their inherent cultural, medicinal, and economic benefits also contain millions of undescribed microbial species—and this is a good thing since some of our most potent antibiotics come from these areas too. With so many bacteria and viruses in one place, they must compete against each other for resources, and it is this diversity itself that prevents outbreaks of the more harmful of the lot. It is often when natural diversity is lost, or these pathogens encounter new hosts in livestock or people as their ecosystems are disturbed, that some of them escape and harm people. 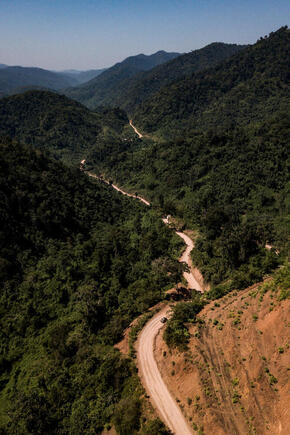 Dawei road connects Dawei deep sea port in Myanmar's Tanintharyi to Thailand. The construction of the road has exposed previously remote areas to commercial exploitation, forest degradation and conversion, limiting movement of the wildlife residing in these areas at the same time.

The emergence and spread of pathogens from these places and into people can be separated into three distinct risk components¹:

Forest loss and degradation already pose a significant threat to global health, climate, security, and economic growth. Research also shows that the emergence of novel disease is elevated in tropical, biodiverse, and historically forested regions that are experiencing land-use changes.² As landscapes are changed and natural areas are destroyed, degraded, and repurposed for people, these pressures heighten each of the elements of risk:

Scientists have long raised concerns about the conditions that increasingly enable outbreaks of diseases like COVID-19. Mitigating the risk of another novel coronavirus will require concerted efforts to connect the conservation and public health disciplines, and to conserve and restore forest intactness and understand how land-use planning, particularly road building and infrastructure, can maintain nature’s disease regulation. Until the conditions that align these three mechanisms of emergent infectious disease risk are addressed, a point outlined well by WWF-US’ CEO Carter Roberts, we’ll need to start preparing for the next pandemic now.