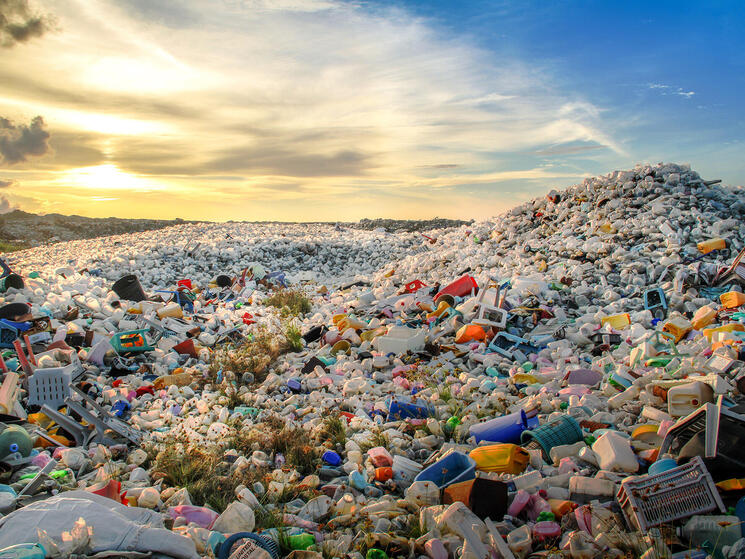 If We Want to Fix the Plastic Waste Crisis, We Need to Fix Our Data

Every year, 11 million metric tonnes of plastic is leaked into the oceans. By 2050, there could be more plastic in the ocean than fish by weight. This issue is compounded by the fact that there is not a clear picture of where mismanaged plastic (plastic that ends up landfilled, littered, or leaked into nature) is ending up in the world, and in what quantities. Understanding where plastic is being mismanaged is crucial for mitigating leakage and informing intervention strategies. Unfortunately, national estimates of mismanaged plastic can vary significantly depending on the data sources and modelling approaches used.

A global reporting mechanism to ensure accurate and consistent waste management monitoring is essential to address the disparities in our understanding of plastic mismanagement and facilitate effective mitigation. The upcoming Fifth Session of the UN Environment Assembly (UNEA-5) in February 2022 presents an opportunity to begin formal negotiations on the design and implementation of a global treaty on plastic pollution as well as standardized methods for collecting waste management statistics that can adequately measure the plastic that is used, disposed, and leaked into the ocean.

WWF researchers have been working to highlight this data gap and advocate for the Global Treaty through their recent publication. Their new article, "Uncertainties in global estimates of plastic waste highlight the need for monitoring frameworks," was recently published in Marine Pollution Bulletin and highlights the discrepancies in reported plastic mismanagement estimates in three global scientific studies: Jambeck et al. (2015), Lebreton and Andrady (2019), and Borrelle et al. (2020). Plastic mismanagement” typically encompasses several waste management outcomes, including uncontrolled landfills, waste dumping, open burning, littering, and eventual leakage into ecosystems. Therefore, without consistent monitoring, nationally and globally, unverified estimates of plastic mismanagement can have significant implications for our understanding of leakage and marine pollution.

The primary driver for the discrepancies in these estimates is likely due to variation in how and when the primary data used by the three studies were collected. While the methodologies of each of the studies are robust, the inconsistencies in the mismanagement estimates highlight the limitations of the underlying data. This makes it difficult to determine whether changes in mismanagement estimates over time are due to actual on-the-ground improvements in waste management, or if it’s simply changes in how waste management is being measured.

The takeaway: improved and standardized monitoring through a global treaty on plastic pollution is necessary for us to have an accurate picture of waste management practices on-the-ground, inform where to prioritize mitigation efforts, and track progress over time. A global monitoring framework is not only core to understanding the scope and geography of the plastic pollution, but we also need it to effectively problem-solve our way out of the environmental crisis. Further, it’s important to have consistent data that is accessible to policymakers who set national and international regulations and can implement best practices regionally.

It’s often said that you can’t manage what you can’t measure. This is certainly the case for the plastic waste crisis. If we really want to make headway on this issue, we need a Global Treaty on plastic pollution as a fundamental building block for standardized measurement to inform policymakers, corporate decision makers, and the public.