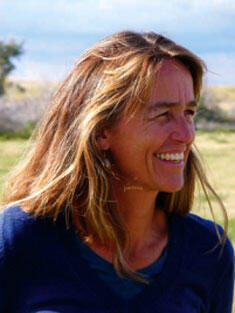 Did you know there are three times as many native species living in prairie streams than in trout streams?  When Martha started working on prairie streams, few scientists knew the bounty she'd find in the course of her stream restoration work.  Restoration of stream ecology is one of Martha's personal passions and just one element of WWF’s conservation efforts that she oversees as managing director of the Northern Great Plains program.

Martha is completely at home in the vast expanse of the prairie, which may stem from a childhood spent by the ocean in her native California.  Based in Bozeman, Montana, her connection to WWF goes back almost a decade, when she began looking at the state of the streams on the first ranch purchased by WWF partner, American Prairie Foundation.

Today, she manages an area that encompasses five states and some of the least known or understood terrain in the 'Lower 48.'  She works with local ranchers, Native American tribes and government agencies to increase protection for the landscape, create economic incentives for conservation, and restore native species including iconic and rare animals such as bison, prairie dogs, sage grouse and the most endangered mammal in North America, the black-footed ferret.

Martha is also a co-founder of the Montana Outdoor Science School, a Montana-based non-profit that utilizes field-based inquiry to teach K-12 youth about natural sciences.  She encourages everyone to come and experience the wide open space of the prairie.  "It's getting harder and harder to find places where a person can feel small in the grandeur of a vast and remarkably rich landscape…."

“The American Prairie’s native sod is like an old-growth forest. Once plowed, it can’t be replaced. Right now, less than 2% is protected.”

Keeping Cattle on the Move and Carbon in the Soil 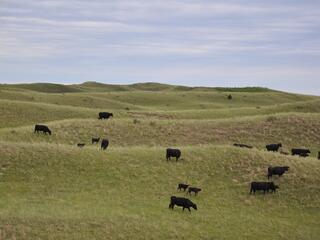