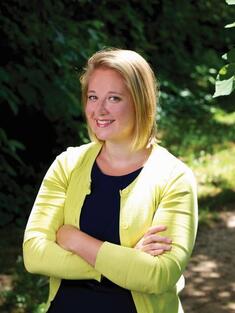 Sara Thomas leads the Integrated Marketing and Activism program for World Wildlife Fund. In her role, she develops and implements engagement strategies across platforms to motivate supporters across the US to get involved in WWF's conservation goals.

Under Sara’s leadership at WWF, she and her team have grown the number of activists supporting WWF from 500,000 to more than 11 million, conceived of, launched, and now successfully oversee the cultivation of new activist leaders through the Panda Ambassador program, created, led implementation of and launched WWF’s first ever Youth Activist Award to recognize a conservation leader in the US between the ages of 18-30 annually. In addition, Sara and her team have helped achieve multiple advocacy wins including banning illegal elephant ivory trade in the US, stopping dumping in the Great Barrier Reef, common-sense protections for land, water and wildlife in the Northern Great Plains, motivating a federal crackdown on wildlife trafficking in the US and many more.

In addition to leading the activism successes for the organization over the last several years, she and her team have also generated more than one million new supporters to WWF’s email list for each of the past six years and have dramatically grown the organization’s national online and television advertising programs.

Most previous to her time at WWF, Sara led member engagement and digital advocacy at Ocean Conservancy. Sara graduated from the University of Miami with a degree in Visual Communication and Marine Policy, and a focus on social activism.

Forty years ago, "activism" meant marches and protests, hunger strikes and sit-ins. Today, activism can be all of those things and much more. 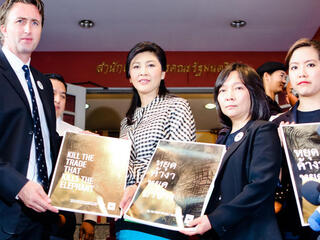