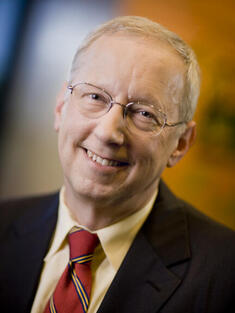 JOHN SALL is the founder of JMP Statistical Discovery LLC, a wholly owned subsidiary of SAS. As the primary architect for JMP® software, Sall heads the R&D team that creates interactive and highly visual statistical discovery software designed for scientists and engineers. Prior to leading JMP, Sall joined Jim Goodnight and two others in 1976 to establish SAS. He designed, developed and documented many of the earliest analytical procedures while also leading research and development efforts. In the late 1980s, Sall noticed a niche to fill for researchers and engineers whose jobs didn't revolve solely around statistical analysis. JMP launched in 1989 to dynamically link statistical analysis with the graphical capabilities of Macintosh computers. Now running on Windows as well, JMP continues to play an important role in modeling processes across industries as a desktop data visualization and analysis tool. The goal of JMP, Sall said, is to make statistical modeling as friendly, accessible and informative as possible, and to increase the efficiency of experimentation. “The value of statistics is realized when it is translated, taught and delivered with accessible computing environments to the scientists and analysts who use it,” he added. Sall is a Fellow of the American Statistical Association and the American Association for the Advancement of Science, the world’s largest general scientific society. Reflecting his passion for global conservation and environmental issues, he has served on the World Wildlife Fund board. Having completed his term on the Smithsonian Institution’s National Museum of Natural History advisory board, Sall is now part of the NMNH's board alumni group. He is also a former member of The Nature Conservancy Africa Advisory Council and the Friends of the North Carolina Museum of Natural Sciences board. Sall is a former trustee of North Carolina State University, where he studied graduate-level statistics. In 1997, he and his wife, Ginger, joined Jim and Ann Goodnight in founding Cary Academy, which integrates technology into all facets of education for students in grades six to 12. Sall earned a bachelor's degree in history from Beloit College and a master’s degree in economics from Northern Illinois University (NIU). Both NIU and NC State awarded him honorary doctorates.