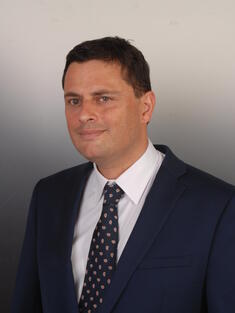 Over a career spanning 26 years, Nik has worked to protect the environment and transform the development pathways of countries to ensure they are both greener and more equitable. He has worked on the ground in over 45 countries in Africa, Asia, Oceania, and Latin America. Nik worked for many years at the United Nations Development Programme (UNDP), where he has served most recently as the Director for Sustainable Development, leading a team of over 200 staff dedicated to advancing the UN sustainable development goals.

Nik grew up in the Western Ghats of India surrounded by wildlife. Following University in England, he began his career working for an extensive period in government in Papua New Guinea, where he worked in the Department of Finance and Planning on the Tropical Forest Action Plan, as well as on fisheries and agriculture, and then in the Department of Environment and Conservation on biodiversity conservation initiatives. He joined the United Nations in 1997. His work there has focused on advising governments on how to ensure the sustainable use of biodiversity, fish stocks, forests, and wetlands, and to take measures to ensure that economic development is planned and managed to reduce pressures on nature. In 2001 he moved to South Africa, where he assumed responsibilities for UNDP’s biodiversity and international waters programs in Southern and Eastern Africa.

Nik became the global head of UNDP’s biodiversity initiatives across the world in 2006. He established the first biodiversity Policy Framework adopted by a multilateral development agency. He has created new systems of protected areas across the world, integrated biodiversity conservation into development planning and investment, and played a key role in the conservation finance arena. He also represented UNDP at the Convention on Biological Diversity. Under his watch, UNDP’s Biodiversity program grew from $400 million to $1.6 billion with projects in over 100 countries.

Nik has served as the Chair of the Steering Group and Executive Board of the UNREDD Programme, and supported the development of the $500 million USD Central Africa Forest Initiative.

Nik holds degrees in economics from the Universities of Bath and Cambridge in England. He is married to Christine Lippai, a zoologist and deputy chair of the IUCN SSC Crocodile Specialist Group. Together they love hiking, wildlife spotting, setting camera traps in their back yard, cooking, and gardening.