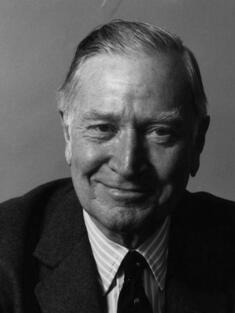 Earlier, following service in World War II, he served the Congress as attorney on the staff of the Joint Committee on Taxation, as chief of staff of the House Ways and Means Committee and later as Minority Advisor of the committee, as Assistant to the Secretary and Head of the Legal Advisory Staff of the Treasury Department and as a judge of the U.S. Tax Court.

Travels to Africa strengthened a passion and respect for wildlife, and Train founded the African Wildlife Leadership Foundation in 1961. He became President of The Conservation Foundation from 1965 to 1969 and Under Secretary of the Department of the Interior from 1969 to 1970.

Train was the first chairman of the Council on Environmental Quality (CEQ) in the Executive Office of the President from 1970 to 1973, before becoming Administrator of the U.S. Environmental Protection Agency (EPA) from 1973 to 1977. While at the CEQ and EPA, Train oversaw the creation and implementation of much of the legislation that would become the basis for environmental policy in the United States, from clean air and water laws to the Toxic Substance Control Act. His visionary leadership brought new attention to land use concerns, delivered innovative international agreements on endangered species and pollution control, and helped bring the issue of the environment to the broad attention of the American public.

He received the Presidential Medal of Freedom in 1991 in recognition of his work in conservation. His commitment to conservation actively continues through the Russell E. Train Education for Nature Program, an endowment established in his honor by WWF to provide financial support and educational training to the next generation of international conservation leaders.

View tributes in honor and remembrance of Russell E. Train from people around the world whose lives have been impacted by him and his work in conservation. We invite you to contribute and share your own thoughts too.

Memorial contributions may be made to the Russell E. Train Education for Nature Program.