Bob Litterman on Managing Risk for a Sustainable Future

The WWF Board Member applies his expertise to conservation 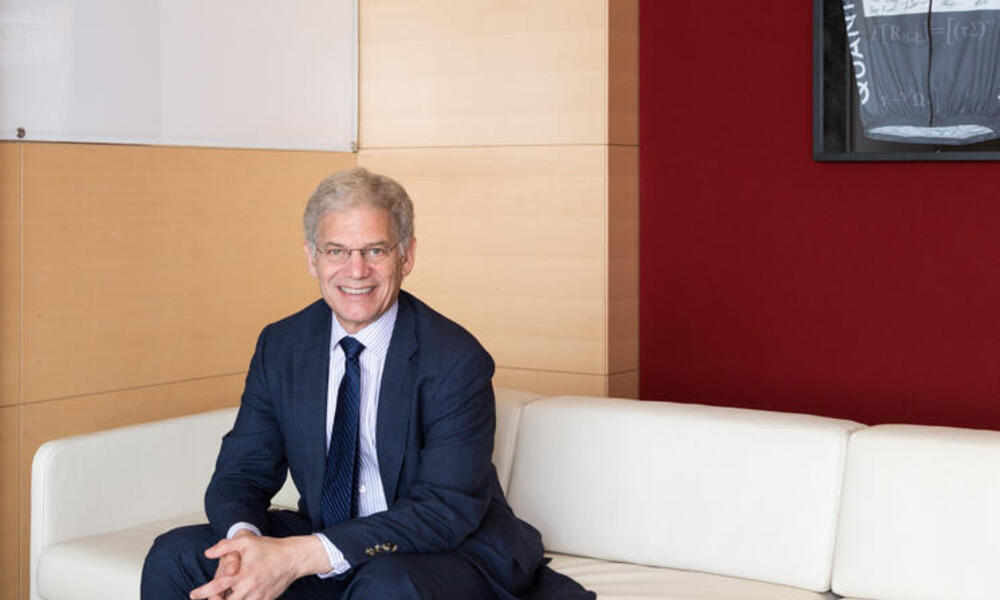 Fortunately for WWF, Board member Bob Litterman understands how to anticipate and mitigate exposure to risk better than just about anybody. This is an invaluable skill in Litterman's professional life as one of the world's foremost authorities on risk (he is a member of the Risk Manager Hall of Fame). But it also comes in handy when he applies it to certain conservation challenges, such as how to manage WWF's endowment for maximum return, how to align the institution's investments with its mission, and how to create incentives that will change global behavior for the good of the planet.

For Litterman, the road to WWF began with an Arizona childhood. The earliest version of nature he remembers included tarantulas, scorpions, rattle-snakes, countless varieties of cactus, and 120-degree heat in the summer: "a beautiful environment," he says, "but a very tough place for nature to thrive."

“I found that if you really want to understand human behavior, you have to understand the incentives we create that propel behavior in the first place.”

And from the beginning it was all about science. The aquarium Litterman was given at an early age kept him inside on many a scorching Arizona days, fascinated by the mechanisms of an ecosystem in miniature. "I was always very interested in understanding life. But to me it was understanding not just nature, but all of the world and everything about it—the physics, the chemistry, and especially the biology," he says. "I always thought of myself as a scientist, to be honest, even from a very young age."

Litterman began his freshman year at Stanford University as a physics major. But soon he realized that physics was too narrow for his interests—he wanted to better understand life and how humans fit into everything. So he swapped his physics major for human biology, which was being offered for the first time at Stanford.

After completeing his undergraduate work, Litterman went on to earn a PhD in economics. "I found that if you really want to understand human behavior," he explains, "you have to understand the incentives we create that propel behavior in the first place. That led me to try to better understand economics." This laid the foundation for what would become a storied career in risk management—including 23 years at Goldman Sachs.

WWF first came to his attention over lunch with Larry Linden—a friend, Goldman colleague and WWF Board Member—who suggested Litterman's skills and interests might be a good fit for the organization. Despite the fact that risk management is most closely associated with the financial world, its general principles can be applied to other fields as well.

When Litterman joined the Board in 2007, the public's awareness of climate change was on the rise. Al Gore and the Intergovernmental Panel on Climate Change shared the Nobel Peace Prize that year; everyone was watching An Inconvenient Truth. And over the next few years, Litterman himself became a staunch advocate for putting a price on carbon as a mean of creating an incentive to reduce carbon pollution.

Specifically, he now sees an opening for carbon pricing in the global aviation sector, which already supports the efforts of the UN International Civil Aviation Organization to create a global market-based measure to reduce emissions. "So we have a real opportunity to create appropriate incentives globally to reduce emissions," says Litterman. "This is the only way we are going to change behavior." If a strong carbon price is set in the aviation sector, it would be a model for other global sectors and governments.

So yes: life is risky. But having Bob Litterman on your side makes it much easier to take only the risks that make sense, help create the incentives that change beahvior, and keep leading the way to a sustainable future.