A shared vision could lead to exponential impact

Even the most energy-efficient big-box stores can only supply 30% of their electricity on-site with rooftop solar energy; data centers, for example, can self-supply far less.

As many large American companies have begun the transition from fossil fuels to renewable energy in the past five years, they've often found the process both complicated and lengthy. In states with strict energy regulations in place, companies find themselves negotiating with monopoly utilities and utility regulators for whom renewable energy remains largely unfamiliar territory.

"We've had regulators and others tell us, 'Oh, I had no idea that so many companies cared about renewable energy,'" says Bill Weihl, sustainability guru for Facebook. "In many cases, those utilities don't have energy options that allow us to meaningfully meet our goals around renewable energy. So then we are left working to craft a one-off custom solution. That's hard to do and time-consuming. But we're a fast-growing company, and our data center development timelines are extremely fast—we can go from breaking ground to occupancy in about a year."

To speed up such negotiations, Facebook is now one of the companies signed on to the Corporate Renewable Energy Buyers' Principles. The principles, which outline the needs of large renewable energy buyers, were developed over the past two years by the companies themselves in an unprecedented collaboration with WWF and the World Resources Institute (WRI).

The Buyers' Principles are helping to make renewable energy a standard offering in more places. As Weihl puts it, "What we'd like is for renewable energy in line with these principles to be on the menu in any jurisdiction. Imagine telling a waiter, 'I'm not a big fan of pasta, so can you make me this?' and he goes back and forth with the chef 100 times before you finally end up with something, and by then you're starved. Instead, you want that option to be right there on the menu when you walk in. So all you have to do is say, 'Hey, I'd like that.'"

The Buyers' Principles grew out of a meeting convened in September 2013 by WWF and Rocky Mountain Institute (RMI) to give companies an opportunity to identify common challenges and ideas for solutions. Attendees proposed the creation of a renewable energy resource center to help make individual deals easier, and RMI launched one in January 2015.

Companies also suggested a way to represent their common voice, which led to the July 2014 introduction of the Buyers' Principles. The principles are now being shared with major utilities, utility regulators and their associations—and the discussions they are fostering have what Spitzer calls "amazing momentum." Originally there were 12 corporate signatories; now there are 34. 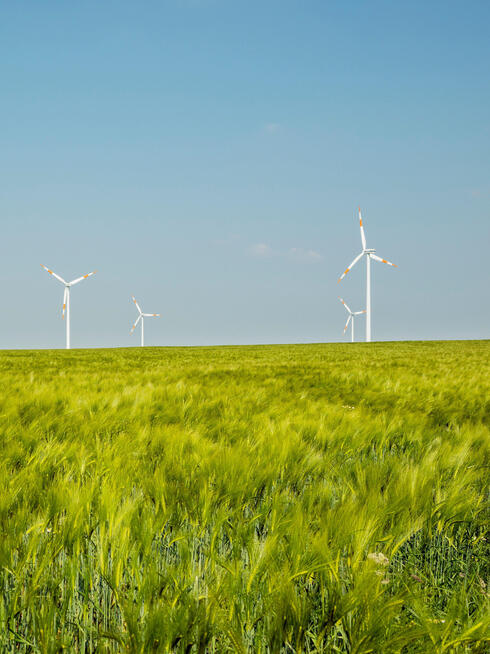 Walmart's own desires are reflected well in the Buyers' Principles."We do want more choice and options," Ozment says. "We don't want to pay a premium for renewable energy. We would like to enter into longer-term supply agreements—five, 10, potentially 15 years. Where possible, we would like to promote the development of new projects. The ability to utilize third-party financing is a huge need of ours. And we want to work with utilities to develop the framework to be supplied by renewable energy from utilities."

Although the Buyers' Principles document itself is neither a negotiating tool nor an instrument of collective bargaining, it shows how a committed group of large-scale corporate customers is helping utilities reinvent themselves. "These companies are helping usher in the clean energy future," says Spitzer. "It's one where the cars we buy, the websites we visit, and the household products we use are made with clean, emissions-free energy. It is the only future that will protect our air, water, wildlife and wildlife habitat from the ravages of climate change."

"One real key here is that it's not just one company saying this," Weihl points out. "Now we've got 34 companies across a range of sectors—GM, Walmart, Facebook, not just tech companies—saying we care about renewable energy. And we're saying to the utilities and policymakers, 'If you have policies that help us meet the goals described in the Buyers' Principles, you're more likely to attract our business to your state.'

"That message resonates with people across the political spectrum," Weihl adds. "We want renewable energy for all sorts of reasons—some economic, some environmental—but if those reasons are primarily coming from an economic development perspective, that's fine with us."