Exploring one of the world’s ultimate wildlife habitats 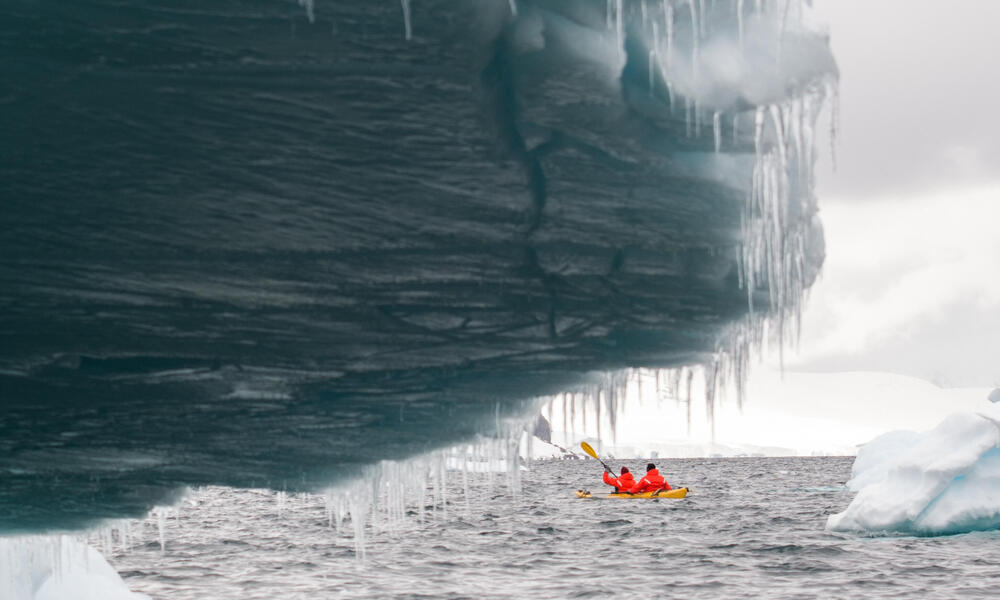 A triplet of chinstrap penguins explodes in unison out of the water next to my paddle. They swiftly corkscrew under my kayak and aim for the icy shore. Three hundred feet to starboard, the flukes of two large humpback whales wave, frigid water dripping off their edges. On the ice floe close behind me, a leopard seal lifts its snake-like head and grins its bloody smile. I am in wildlife paradise!

Earlier this year, I had the luck of joining a few other Natural Habitat Adventures travelers on an expedition to the Antarctic Peninsula. For two weeks we kayaked with cetaceans, shared our campsites with hundreds of thousands of penguins, and hiked the wild shores of this immense south polar region. We weren't passengers on a traditional cruise ship; we were a tight band of explorers aboard a small sailing vessel, witnessing one of the world's most pristine natural habitats.

Antarctica is a place for research and awe: our group took away photos and memories only. Not a single rock was removed; no wildlife was disturbed. Instead, we filled our minds with images of Adélie and gentoo penguins, fin whales, fur seals and porpoises—and so many more.

Even though we saw a host of wildlife, the future of Antarctica is uncertain. Sea ice has decreased significantly, and climate changes are affecting penguin populations. Though Antarctica is far from most any place humans call home, it will take a global effort to preserve its biodiversity and manage its resources sustainably—an effort in which I am proud to take part.

And in the meantime, I remain grateful for the memory of penguins joyfully propelling themselves under my keel.

Travel to Antarctica with WWF