Securing global freshwater resources for people and a living planet

Try to imagine your life without water.

You probably wouldn’t get through the first 15 minutes of your day: You drink water from the faucet, brush your teeth, flush the toilet, take a shower. And that’s just the water you see. Water also irrigated the cotton in your pajamas and sheets, produced the energy that powers your bedside lamp, and helped mine the filament in your light bulb. It’s in the coffee and the coffee pot. It’s in the milk and in the alfalfa that fed the cow that produced the milk.

Do you know where your water comes from? Not the tap, but the source? Is it a nearby river? A lake? A groundwater aquifer? Now think about how much water you use. Can you quantify it?

The average American household of four consumes 400 gallons per day. Juxtapose this with the water use of many families in Africa and other parts of the developing world, who often consume as little as 5 gallons per day. Their morning looks very different, too: Mom wakes up and begins a sometimes miles-long trek to the nearest water source to fetch all the water for the day’s drinking, cooking, and cleaning. Her daughters join her (girls are twice as likely as boys to be responsible for collecting water).

Globally, more than one in 10 people lack access to clean water, and one in three doesn’t have access to a toilet. Unsafe drinking water kills more people than wars do.

In 2015 the United Nations came together to create a set of global goals known as the Sustainable Development Goals. The 17 goals are a new development agenda for a sustainable world—a 15-year “business plan for the planet” that is expected to drive trillions of dollars in public and private aid and investment, and to prompt significant legal and administrative reform. One of those goals calls for the world to work toward ensuring availability and sustainable management of water resources, as well as safe water and sanitation for all.

The goal’s inclusion of “sustainable management” underscores the critical role freshwater resources—and how they are governed—play in people’s lives. Healthy watersheds and wetlands provide the foundation for a clean water supply, flood control, food, and numerous other services on which billions depend for their health and well-being. Failing to secure these natural resources can undermine the value of well-intended development: Taps run dry; toilets pollute drinking water; water storage infrastructure, such as dams and dikes, inadvertently increases communities’ vulnerabilities to extreme weather events; and farms pollute or overconsume water.

Unfortunately, freshwater ecosystems are in a precarious state. We are losing our largest free-flowing rivers. Half the world’s wetlands have been drained, filled, planted, or paved. These resources are more precious and vulnerable than people realize. In fact:

Of all the water on Earth, less than 1% is fresh and available to supply human demands for food, energy, and everyday life. Feeding an additional 2 billion people by 2050 will require a 15% increase in water withdrawals, and the water required to produce energy is expected to increase by more than 85%. Increased demand combined with climate change will leave two-thirds of the planet living in water-stressed regions by 2050.

What’s bad for people is bad for nature, and vice versa. WWF’s 2016 Living Planet Report revealed that on average the abundance of monitored freshwater species populations declined by a whopping 81% between 1970 and 2012—a much more dramatic loss than was experienced by terrestrial or marine species.

One chilling example of this decline is the Yangtze river dolphin, also known as the baiji, in China. In 2006, an exhaustive survey failed to find a living baiji, making it the first dolphin that humans had driven to extinction, and the first global extinction of megafauna (any creature larger than about 200 pounds) in more than 50 years. River dolphins are important indicators of freshwater health, so the loss of the baiji bodes poorly for everyone who depends on the Yangtze River and its ecosystem. 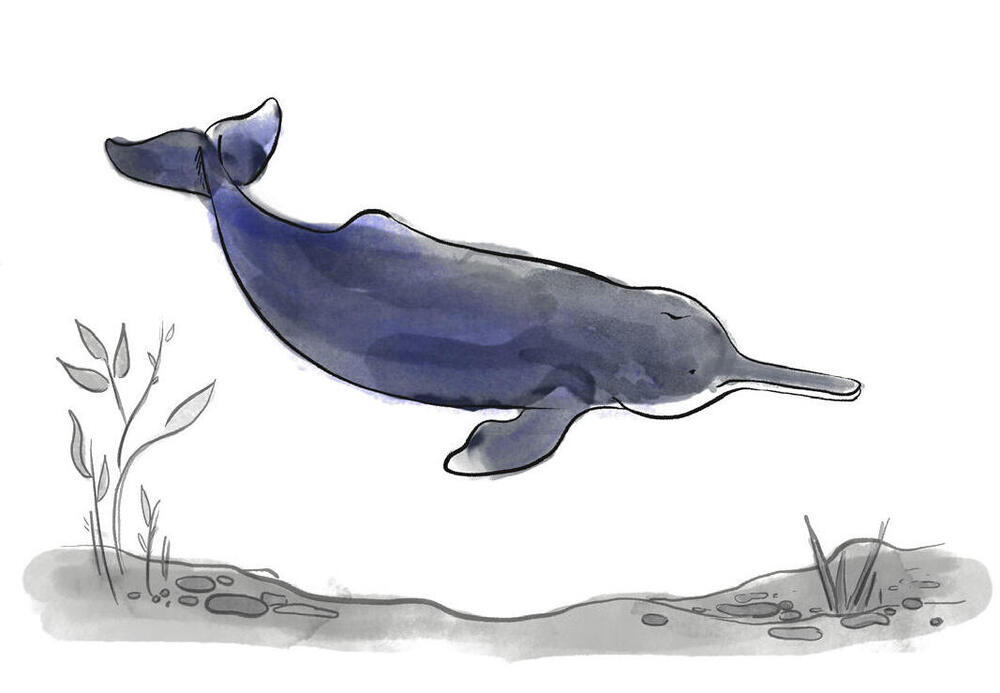 Due to increasingly common river pressures like overfishing and other threats, the baiji—once known as the Goddess of the Yangtze River—was declared functionally extinct in 2006.

In 2015, at the same time that the Sustainable Development Goals were being developed, the World Economic Forum’s annual Global Risks Report named water crises the greatest risk to economies, environments, and people. This was the fourth time water made the list, but the first time it took the top spot, outranking threats such as nuclear weapons and a global disease pandemic. This marked a pivotal moment in a global realization that water is critical not only to people’s daily lives but also to economic and national security.

From an economic standpoint, the figures are clear and overwhelming. Poor sanitation and hygiene and unsafe water in developing countries result in economic losses estimated at $260 billion annually, or 1.5% of their GDP. According to a recent World Bank report, countries that lack a sufficient amount of water could see their GDPs decline by as much as 6% by 2050. The degradation of freshwater ecosystems deprives communities of billions of dollars in food, goods, and services every year—and contributes to the havoc wreaked by devastating floods, prolonged droughts, and other impacts of climate change.

But such losses can be mitigated or avoided with proper watershed-level management. In the private sector, companies are increasingly committing to tackling issues of both water quantity and water quality. They are implementing best management practices throughout their supply chains, and corporate leaders in water stewardship are working toward sustainability targets that make sense in each unique, local context. Such activities make good business sense—they reduce reputational risks (e.g., of being known for overusing or polluting water sources) and material risks (since securing water sources helps ensure ongoing operation and expansion).

In the public sector, some governments are investing in institutions, infrastructure, and information systems across sectors, and linking national planning to local decision-making. Such investments help satisfy often competing environmental, economic, and social needs while preparing for the future. More equitable and transparent regulations and allocations, a mix of natural and hard infrastructure, and increased monitoring and data all help improve climate resiliency and reduce the risk of “economic water shortage,” the term applied when poor management or a lack of investment keeps a population from accessing an adequate water source. Almost one-quarter of the world’s population, some 1.6 billion people, face this condition.

The citizens of Ho Chi Minh City faced such a challenge not long ago. Watercourses were severely polluted, as there was no provision for wastewater collection or treatment, and utility agencies were weak. Undersized drains and inadequate maintenance led to frequent flooding of toxic water. And the future looked even grimmer: Ho Chi Minh is one of 10 cities in the world most likely to be severely affected by climate change, with predictions of floods, droughts, and tropical storms. But beginning in 2001, with investment and guidance from the World Bank, Ho Chi Minh City updated infrastructure, created a centralized wastewater collection system, transformed management, and better secured water sources, directly benefiting more than 1.2 million people. Analyses under thousands of climate change scenarios indicate that the effectiveness of the new drainage system remains resilient against increased rainfall and sea level rise, and nonstructural measures are being explored to reduce flooding and increase resilience to climate change. 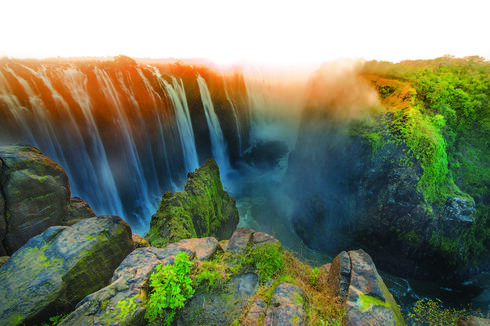 Management of domestic watersheds is complex, and the challenges grow exponentially when water crosses political boundaries. For the 151 countries with transboundary river basins, proper management, open dialogue, and keeping the peace are crucial to attaining economic growth and prosperity. As an example, the Zambezi River provides ecosystem goods and services central to the economies of eight countries: Angola, Botswana, Malawi, Mozambique, Namibia, Tanzania, Zambia, and Zimbabwe. These countries, the Southern African Development Community, and the newly created Zambezi Watercourse Commission are actively communicating and advancing improved water resource management across parts of the Zambezi Basin. The World Bank and WWF are supporting this process and building the capacity of institutions to make more informed development decisions.

The Zambezi offers hope, but other places—such as the Mekong River basin—remind us more work is needed. In the Mekong, one of the most biodiverse basins in the world, transboundary management institutions are still working on ways to ensure upstream infrastructure decisions take into account their impact on the ecosystems and 60 million people living in countries in the lower basin.

Political leadership and financing at the highest levels are necessary. This is why the United Nations and World Bank convened the High Level Panel on Water (HLPW), an advocacy platform to raise awareness and spur a global call to action. Over a two-year period, the leaders of the HLPW are convening action in areas such as collecting better data for decision-making; financing for universal water access, sanitation, and hygiene (known collectively as WASH); water use efficiency; resilience and risk management; better water governance; challenges that promote innovation; and support for a global debate on the value of water.

As we work at the basin and global levels, we must not forget local realities. A critical first step to enabling better decisions across the board is to ensure that stakeholders at all levels—community members, businesses, local and national governments, and regional planning bodies—truly understand the state of their water systems. Basin health “report cards,” created with and by stakeholders, achieve this by translating the complexity of a watershed’s indicators and values into letter grades. Basins that have adopted report cards have seen tangible improvements to the institutions, infrastructure, and management of their natural resources.

By addressing challenges at multiple levels, we can make progress toward the Sustainable Development Goal of ensuring the availability and sustainable management of water and sanitation for all. Securing water also contributes toward other Sustainable Development Goals, including those addressing health and poverty (because poor sanitation contributes to stunting in children), gender equity (as women often bear the brunt of water challenges), agriculture (by promoting food security and the health and wellness of communities), and climate (by building resiliency and reducing the impacts of climate change).

Ultimately, the goal is for people around the world to enjoy water and all it provides, to understand how precious it is, and to fight for its ongoing protection. And that is a goal we are proud to work toward.

Explore more of this issue's coverage of freshwater rivers: