WWF's Nik Sekhran on the push to preserve the world's biodiversity 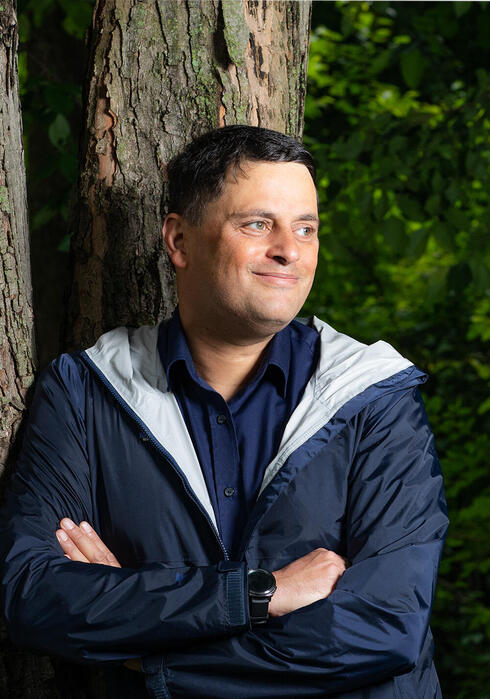 Among his many accomplishments at the United Nations Development Programme (UNDP), Nik Sekhran led the creation of the Biodiversity Framework, the first major biodiversity strategy ever adopted by a large development organization. He joined WWF-US as chief conservation officer in February 2018.

I don’t do yoga or transcendental meditation. Instead, I get my strength and inner peace from nature—whether I’m exploring the rain forests of India’s Western Ghats, where I grew up, or watching penguins scramble over the rocks at Betty’s Bay, South Africa, where my wife, Christine, and I plan to someday retire.

That’s right, there are African penguins, and the species has become a tourist attraction in southern Africa, where people flock to see birds that sound like braying donkeys.

It’s a reminder of the stunning diversity of life on Earth; it is also a reminder of the fragility of that life. Despite the African penguin’s success on the mainland, its global population is less than 10% of what it was a century ago. That decline isn’t an outlier; in many places around the world, nature is in full retreat.

According to WWF’s Living Planet Report 2016, global wildlife populations fell by 58% between 1970 and 2012, and will likely shrink to roughly one-third of their 1970 numbers by 2020. We’ve entered a mass extinction event—only the sixth in Earth’s history. Our planet may now be losing species faster than during the calamity that wiped out the dinosaurs 66 million years ago. This time, however, the culprit is us.

Now, more than ever, human activity is reshaping our planet—from the greenhouse gases we pump into the atmosphere to our destruction of natural habitats. And let’s be clear: Earth’s diverse wildlife and ecosystems aren’t nice-to-haves; they’re must-haves. If they vanish, so too will the vast array of ecosystem services that humanity depends on.

Even Mother Nature has her limits. By 2030, the global human population will reach 8.3 billion, with demand for food, water, and energy increasing by 35%, 40%, and 50% respectively. When that day comes, half of humanity will live in areas with water stress.

It’s already happening. This year, Cape Town, South Africa, nearly became the world’s first major city to officially run out of water. Only last-minute rationing afforded them a temporary reprieve. But Cape Town’s woes don’t have to become the new normal. The hard-fought conservation victories of the past 26 years give me hope that we can still change course.

When I moved to South Africa in 2001 to oversee UNDP’s biodiversity and international water programs on the continent, we worked with several governments to achieve results at scale. We helped South African farmers adopt more sustainable food production practices; improved management of Namibia’s protected areas and provided a foundation for their expansion; and strengthened a tripartite water agreement to conserve biodiversity in the Okavango Delta. Altogether, I led the creation of more than 200 protected areas that collectively span more territory than North Dakota.

As proud as I am of that work, I couldn’t be more excited to join WWF, which has a rich history of partnering with national governments and a host of smaller partners. WWF is uniquely well-positioned to work at that subnational level—particularly with businesses—to help transform global production and consumption systems, and ultimately decouple economic development from environmental degradation.

The poet John Donne wrote, “No man is an island.... Any man’s death diminishes me, because I am involved in mankind.” Likewise, the loss of any species or ecosystem diminishes us, for humanity’s fate is bound to that of all other species—from jaguars in the Pantanal to bluefin tuna in the Coral Triangle, bison in the Northern Great Plains, and penguins in Betty’s Bay.

If I’m fortunate enough to look back someday and see that I played even a small role in preventing the loss of that diversity, I’ll retire to South Africa a happy man.