A photographer saves a turtle; his photograph may save more 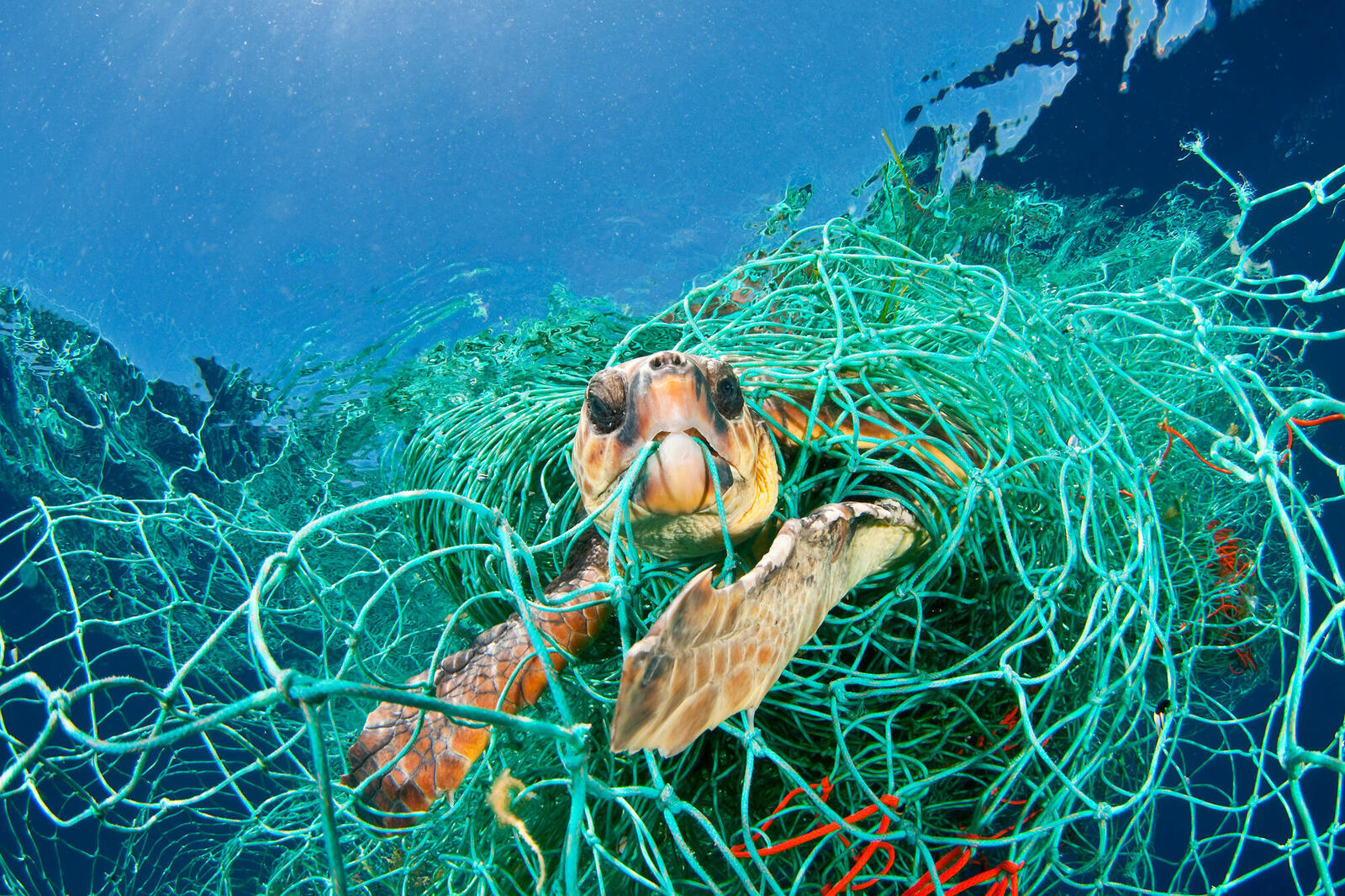 It was a clear, calm day at the end of summer. I had joined friends who were sailing from Barcelona to Mallorca, hoping that I might be able to photograph dolphins or even the whales that can sometimes be found here. Around 50 miles out from Barcelona, we noticed an abandoned net, drifting. When we approached it, we saw a loggerhead turtle trapped in it.

Already in my neoprene suit, I dove in. I was glad to see the turtle was strong and hadn’t been injured. The poor creature, however, was quite badly knotted up and must have been trapped for a few days. Luckily, it could extend its neck to pierce the surface of the water and breathe. I realized with a pang that had we not spotted it, a long, cruel death would have awaited the turtle.

I quickly snapped no more than 25 photographs, after which we lifted the turtle on board and spent 20 minutes cutting the net to free it. Since it was quite hot and we were far from shore, and since the turtle looked fine, we released it. It swam away from us quickly, which made us happy.

Helping this one turtle made us feel good that day. But the truth is, every year thousands of turtles die because of human activities. Perhaps the most significant thing that came out of that day was the “turtle in trouble” image I took, which has been shared all over the world. I don’t really enjoy taking photographs like this one, but I realize they are necessary. This image has helped spread the message that many ocean inhabitants are in trouble, and we must do more to protect them.