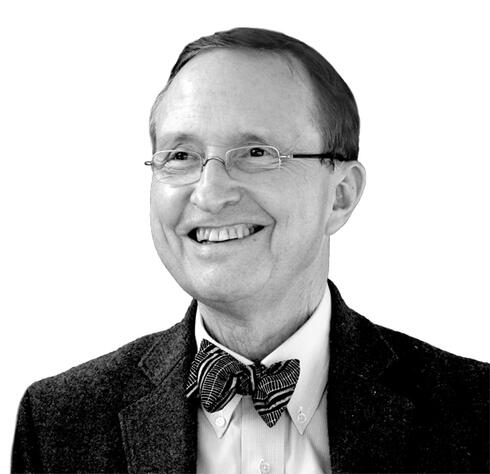 Dr. Thomas Lovejoy—professor, director of the Center for Biodiversity and Sustainability at George Mason University, and WWF National Council member—on a tipping point for the Amazon and why science should ground everything.

This interview has been edited for length and clarity.

CARTER ROBERTS It’s really nice to have you here. Has your life always been full of nature? How did you get started down this road?

TOM LOVEJOY I was living on the Eastern Shore of Maryland with my aunt when I was about four. My father cashed in all his gas coupons at the end of the war and drove down to see me. He and my uncle were sitting on either side of a radio, which in those days was as big as a piece of furniture, discussing something serious. Apparently I interrupted and said, “Can we talk about something interesting, like skunks and snakes and things?” So that was a bit of foreshadowing for where I was headed.

CR And now you’re still talking about skunks and snakes and things. When you take people into the Amazon, or talk to heads of state, and try to make the connection for them about why nature is important in their work and in their lives—what have you learned about how best to do that?

TL I’ve learned not to jump into making the case instantly. I like to draw the individuals out, find out what they’re interested in, and then try and raise some point that connects with that. But in particular, when I take them out into nature, I let the forest do most of the education. You can be very didactic, but it doesn’t accomplish what spending three days out in the forest can.

CR Tell me about Camp 41—what is it, where is it, and why is it important?

TL Camp 41 is one of seven camps in northwestern Brazil we [the Amazon Biodiversity Center, which Lovejoy founded] use to service a joint experiment on habitat fragmentation. It’s called 41 because it’s 41 kilometers from the highway—very original, right? It’s unbroken forest all the way to Guyana—really still forest primeval. You won’t see the jaguar, but you will see its footprints, and it will see you.

CR What’s the difference between biodiversity in an intact forest and in one that’s been fragmented?

CR And in this case simplicity is not a good thing. One of the questions people often ponder is why a tropical forest is so much richer than the forests in North America. Can you talk about that?

TL Well, we still don’t know for sure. But basically you don’t have anything that approaches winter, when most of the productivity pauses and most species cease to actually do things. Everything is essentially active all the time in a tropical forest. Evolution is going on all the time. And the Amazon is big—the size of the lower 48 states.

TL If you look at the entire Amazon, it’s around 84%. But of course in many specific areas in the Amazon, it’s much lower. And the minimum coverage we need is 80%, especially in the Brazilian part. And it’s basically no longer there. You can actually see some species changing. So we think it’s very close to the tipping point. The good news is, something like the Amazon doesn’t just topple over like the Washington Monument might, right? It’s a long, slow process. There is time to aggressively get into reforestation, build back that transpiration capacity, and maintain the hydrological cycle.

CR You’ve published and edited several editions of a book about biodiversity and climate change. Could you talk about where we are right now on climate change, the challenge that we face, and where you see the biggest openings for making a difference?

TL Climate change is driven by two things: the destruction of modern-day ecosystems and the burning of ancient ones, which is what fossil fuels are. We know that keeping global warming to 1.5 degrees Celsius is critical. Ecosystems tend to come apart when you get beyond that. In fact, we’re already seeing it in the response of coral reefs and the coniferous forests of northwestern North America. So the real challenge is, how can we get back to a level of CO2 in the atmosphere that will allow for a relatively smooth landing?

CR What are the most promising approaches to addressing climate change in the context of natural systems?

TL It’s reforestation, it’s restoring degraded grasslands, it’s restoring degraded agricultural systems, designing agricultural systems that actually accumulate carbon in the soil and become more fertile, and preserving coastal wetlands and mangroves. I mean, it’s just about everything, which has this wonderful element to it that anybody can contribute. To so many people, climate change is this big, overwhelming problem. But everybody can help plant a tree or shovel some mud for a coastal wetland. Kids can do it.

“Make sure you know enough science so that no matter what you do, it will make a difference. Science is the thing that grounds your work to the reality of the world and what the world needs.”

CR There is a move afoot to create a nature agreement—a beefed-up version of the Convention on Biological Diversity—that sets out a goal of securing 30% of the world for nature by 2030. I’d love to hear your thoughts on that initiative and what it’s going to take to elevate those kind of goals for the world, which would be the counterpart to keeping the world below 1.5 degrees Celsius.

TL I think that’s only part of the solution. What we need to do is also think about ways to put natural connections back in landscapes, because species are going to be migrating in search of their required conditions. We need to flip the model of nature being some nice little thing that we put a fence around and then do whatever we want in the rest of the landscape, to one in which we are embedding our aspirations in nature.

CR Tom, you’ve pioneered so many things, and started so many spectacular initiatives. Of all the things you’ve done, what fills you with the most pride?

TL I’m most proud of all the young people who have gone through the Forest Fragments Project [an initiative started by Dr. Lovejoy in 1979] and gotten their degrees. As I like to say, they grow up and get grown-up jobs. It’s a very exciting thing to be a part of.

CR When people ask you for career advice, what do you tell them? What skills are fundamental?

TL What I’ve always said is that there are many ways to make a difference. You could be a poet, you could write music, you could become a lawyer, you could work in the field. But the one thing you really should do, whichever path you take, is make sure you know enough science so that no matter what you do, it will make a difference. Science is the thing that grounds your work to the reality of the world and what the world needs.

CR Thank you for being here. Every time I’m with you, we have fun. Even when we’re trying to help keep the Amazon intact against the many pressures of humanity.

TL You definitely get more done if you’re having fun.

SOLITARY TRAVELER In the past, jaguars (like this one in Brazil) occupied territory ranging from the southwestern United States all the way to Argentina. Today, their habitat is confined to the Amazon Basin, pockets of Central America, and the Pantanal, and because of diminishing numbers, their IUCN Red List status is near threatened.