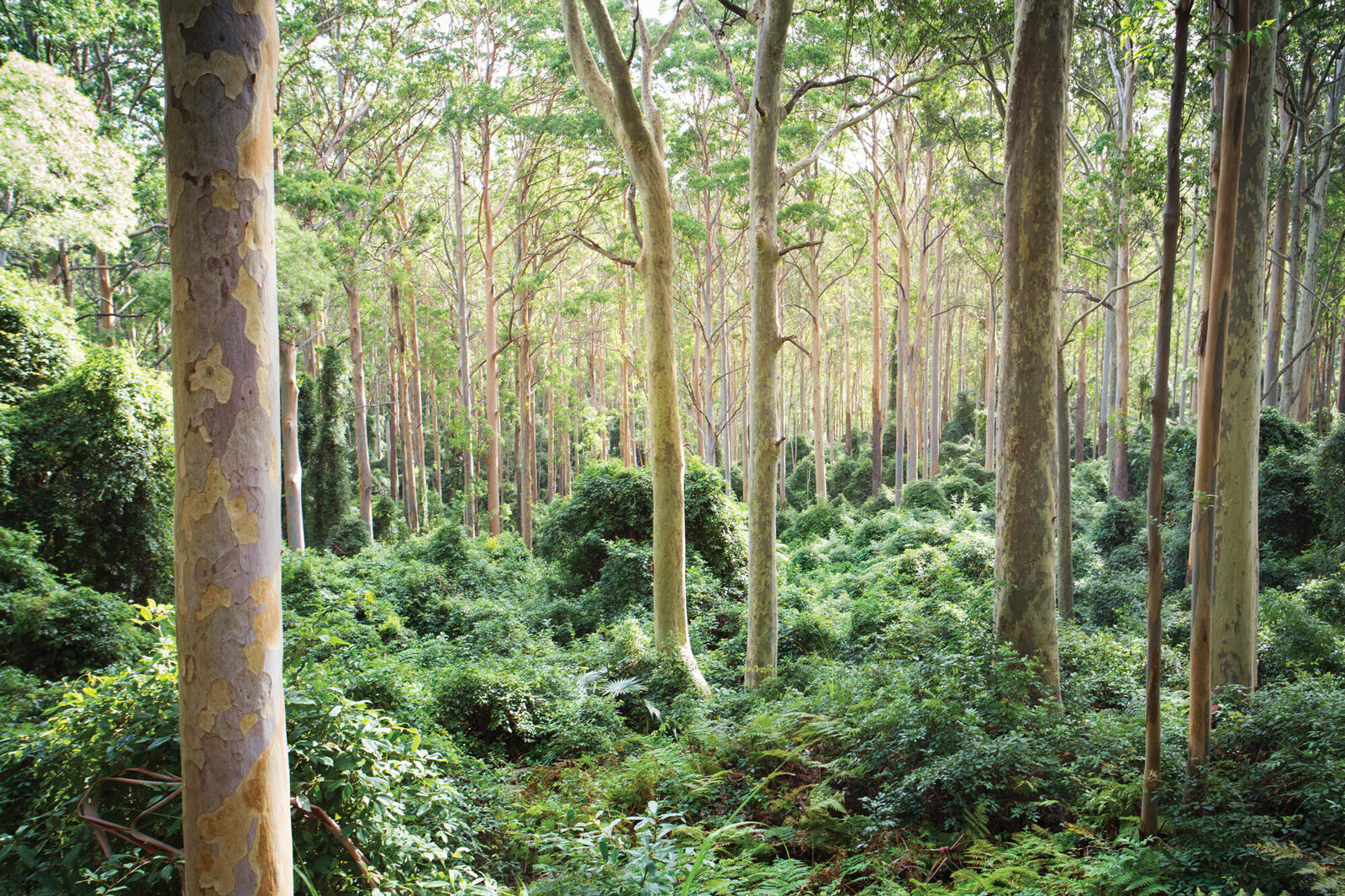 Eucalyptus trees, often called gum trees for the oozing sap they exude when damaged, are one of Australia’s most iconic species and can be found throughout all but the continent’s driest landscapes. In the forests along eastern Australia’s coastal belt, Corymbia maculata, or spotted gum, is recognizable by its distinctive bark. During the summer, these trees shed their bark in patches, revealing a smooth, cream-colored layer beneath, which gives them a mottled, camouflage-like appearance.

A unique characteristic of many eucalyptus forests, which cover more than three-quarters of Australia’s total native forest area, is their ability to withstand fires. But the 2019–20 bushfire season was so catastrophic that even these hardy trees—including ones in forests already compromised by deforestation and sustained drought—suffered shocking losses. That devastation profoundly impacted Australia’s vulnerable koalas, as well as countless other native animals for which forests provide vital food and habitat. New South Wales, for instance, lost an estimated one-third of its total koala population.

In response, WWF—with special thanks to generous supporters from around the world—is working to restore and protect Australia’s native habitats, provide care for injured wildlife, and help prepare people and nature for what lies ahead.