Roger and Vicki Sant: Paying it forward to the next generation of conservation leaders 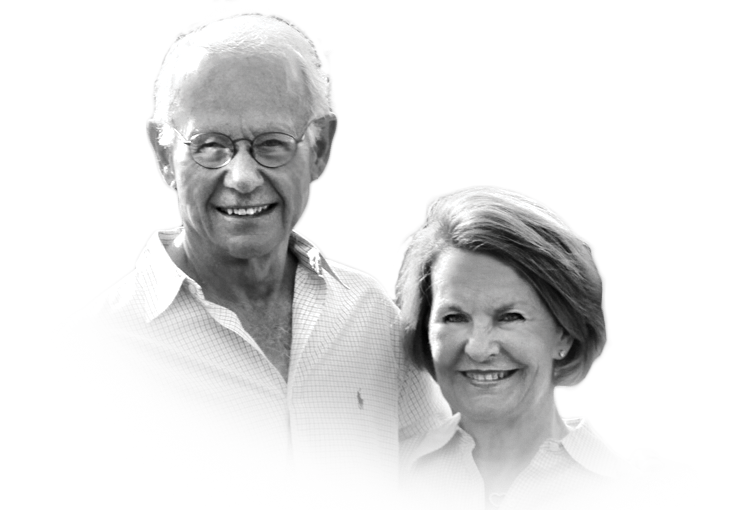 “Sometimes it can be too easy to forget that among the grand landscapes and gorgeous creatures there are people whose lives are intertwined with these resources.”

Roger Sant
WWF Board of Directors

In 1994, the Russell E. Train Education for Nature Program (EFN) was created at WWF to offer financial and educational support to the next generation of international conservation leaders. Named in honor of WWF’s Chairman and Founder Emeritus Russ Train, and guided by his conservation ethos, EFN answered a need that was as simple as it was profound.

“Russ believed with every fiber of his being that the single most important thing we could do for conservation was invest in the training of young men and women around the world, so they could manage their own natural resources,” says Roger Sant, former chairman and current member of WWF’s Board, and a longtime close personal friend of Train.

And that is precisely what EFN has done for nearly 20 years: help to empower local leaders and communities around the world. The first primatologist in Laos was an EFN grantee. So were Gabon’s only female national park warden and the leading orchid expert in Peru.

Roger Sant and Russ Train met in the way that so many Washingtonians do: through work. It was 1974, and Russ was administrator of the Environmental Protection Agency. Roger had moved to D.C. to serve at the Federal Energy Administration.

But unlike a lot of work friendships, this one was built on more than just inside jokes and once-a-week lunches. It was built on a mutual devotion to the environment, a commitment to public service, and a belief that not taking oneself too seriously was very important. Roger’s wife Vicki and Russ’s wife Aileen also became fast friends, and the two couples began building a bond that would come to span nearly 40 years.

EFN BY THE NUMBERS

90%
EFN fellows have reported being promoted after completing their degrees

g1,700
Grants awarded to individuals and organizations since the EFN program’s inception

The Sants and the Trains traveled together frequently, for business and for pleasure. Russ and Aileen were the more experienced international travelers, so when the Sants were planning their first trip to Africa it was the Trains whose advice they sought on where to go, what to see and what to do. “We followed the itinerary they recommended to the letter,” says Vicki, “and everything was perfect.” The couples ended up visiting the continent together four times.

When Russ passed away in 2012 at the age of 91 and the question arose of how best to honor his extraordinary life, the answer was an easy one. EFN had been such a labor of love for him, and had already done such enormous good for so many. So, led by the Sants, WWF launched a campaign to expand EFN’s reach in two important ways: by doubling the number of grants offered annually and creating a virtual conservation college.

“The image of Russ that always stays with me is that he felt the people who had the most access to education about the environment were in the developed world,” says Roger, “and the developing world, where all the biodiversity was, didn’t have the same kinds of opportunities. So he was devoted to the idea that the best chance for turning around appreciation for nature was to give the people who lived there, who are native to the areas under threat, more opportunities to learn about and care for the places where they live.”

What exactly the virtual conservation college will look like is now in the hands of WWF’s EFN and Conservation Science teams, who are working to better understand what is possible technologically, and what is needed by the students and trainees who EFN aims to reach. The idea is to start with one course in order to test different platforms for online learning and to verify that it serves students in the developing world effectively. From there, they will seek to expand the offerings over time.

That level of investment in education is something to which the Sants have long been committed. Much like she approached her initial exploration of Africa, when Vicki Sant was designing the fellowship program for the Sant family’s Summit Foundation she relied on Russ’s wisdom and experience. This time, she wanted to pick his brain about how EFN had created such a successful fellowship program. “I came over to WWF to learn all I could about setting up a fellowship program,” she says. “I knew Russ would have great advice for me, and of course he did.”

“Whether we’re evaluating a project our foundation is working on or considering funding something new, Vicki’s always asking: what about the people?” says Roger. “Sometimes it can be too easy to forget that among the grand landscapes and gorgeous creatures there are people whose lives are intertwined with these resources.”

And if there’s one thing Russ Train believed in, it was people.

“We just thought, maybe we have an opportunity where we can increase the number of people exposed to a better education by tenfold, or even more,” says Roger. “Russ would’ve loved that.”

Russell E. Train believed deeply in the value of developing local conservation leaders around the world.

To honor him, WWF is determined to expand the reach of EFN to nurture a greater number of conservation leaders. To that end, an anonymous donor has stated an intention to give $2.5 million over five years for WWF to use as a one-to-one match to leverage an additional $2.5 million in an effort to double the number of EFN grants awarded. If you are interested in learning more, please contact Charles Sheerin at 202.495.4639.