A routine walk in tiger country becomes an extraordinary experience 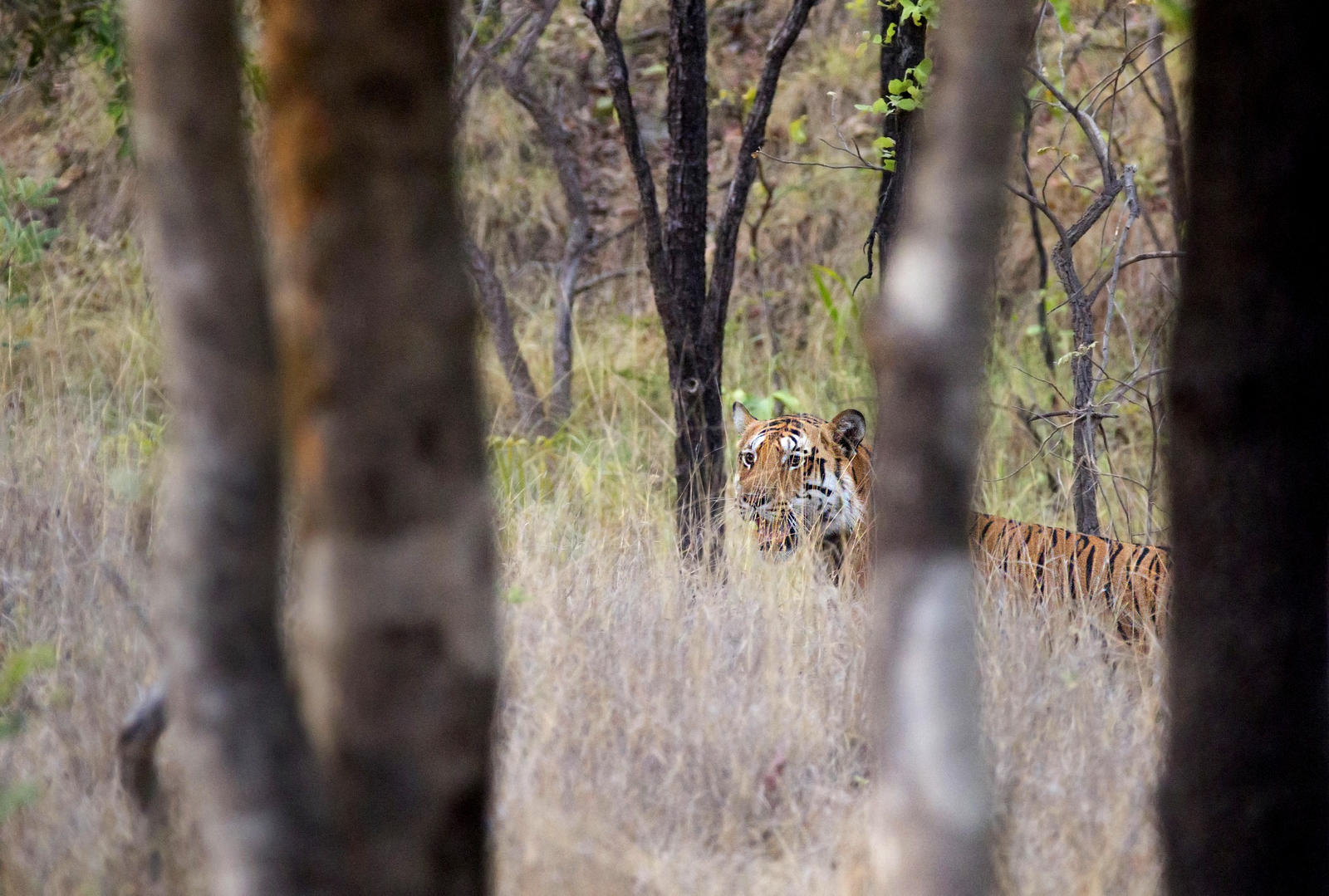 One morning last June, I saw a male tiger padding silently through the woods in India’s Satpura Tiger Reserve, where I work as a naturalist. Then the cat froze: he was staring at a cluster of about 40 cattle grazing nearby. He moved toward them. A nearby park visitor handed me her camera, and I immediately began snapping photos.

The cattle soon noticed the tiger and reacted, attempting to chase him away, but suddenly he pounced on a calf and crushed its neck in his jaws.

As the tiger carried the body away, I followed him at a distance. I watched him over the next few days. He didn’t start eating the calf until three days later, a clear sign that his stomach had been full when he encountered the cattle.

That behavior is common among tigers. They can devour up to 88 pounds of meat at a time, and even when they’re stuffed they’re on the lookout for future meals—especially easy ones. Livestock, lacking the alertness and speed of wild prey, are among the easiest. Human encroachment and livestock grazing in protected areas not only result in reduced wild tiger prey, but also lead to such encounters.

Once they’re accustomed to preying on livestock, tigers often become casualties of human-tiger conflict as herders kill them in retaliation. Working to prevent such incidents is a part of WWF’s effort to secure tiger populations into the future. Still, seeing this great beast in action was an experience I’ll not soon forget.