A partnership between researchers, scientists and WWF looks at biodiversity by the spoonful

For decades, animal tracks have helped researchers locate and monitor wildlife on every continent. But in April 2014, when some WWF scientists found polar bear footprints in the snowy wilderness of Svalbard, Norway, they didn't pull out the classic tape measure or logbook; they scooped up one of the tracks and dumped it in a bag.

The scientists were collecting environmental DNA, or eDNA—genetic material that can be extracted from environmental samples such as water, soil and even air. Using the slush from Svalbard, researchers at SPYGEN, a firm that specializes in DNA analysis, isolated genetic markers for three different species: polar bear, seal and seagull.

Those findings aligned with what the WWF team had seen in person—a seagull landing at the spot where the bear had just eaten a seal.

The success of the new technique could have major research implications. "Usually, when we want to measure biodiversity in a region, we have to spend long hours in the field or collect information from multiple locations, with many species that can remain undetected," says Arnaud Lyet, a wildlife conservation program officer at WWF. "Extracting DNA from seawater, for example, or from a carrion fly that feeds on the remains of many different animals, could offer us a faster way to detect more species."

Now the team is refining the process in the hopes that it could also reveal detailed information about individual animals. For today, though, they’re excited that they've found a story inside a footprint. 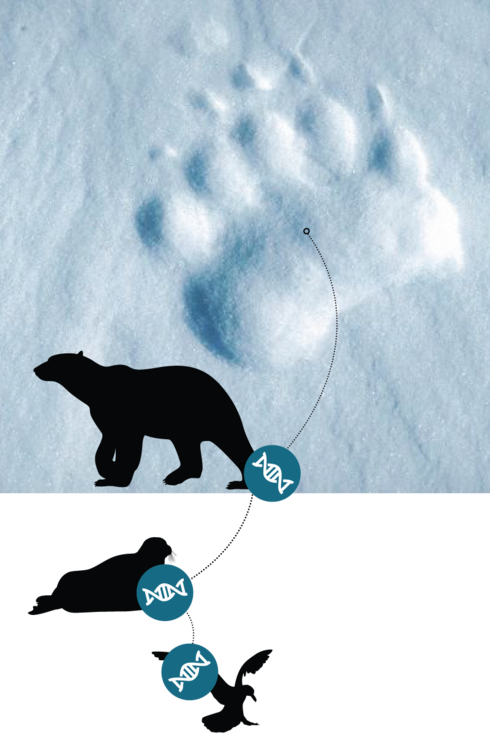