Walrus Haul-out is a Dangerous Consequence of Shrinking Sea Ice 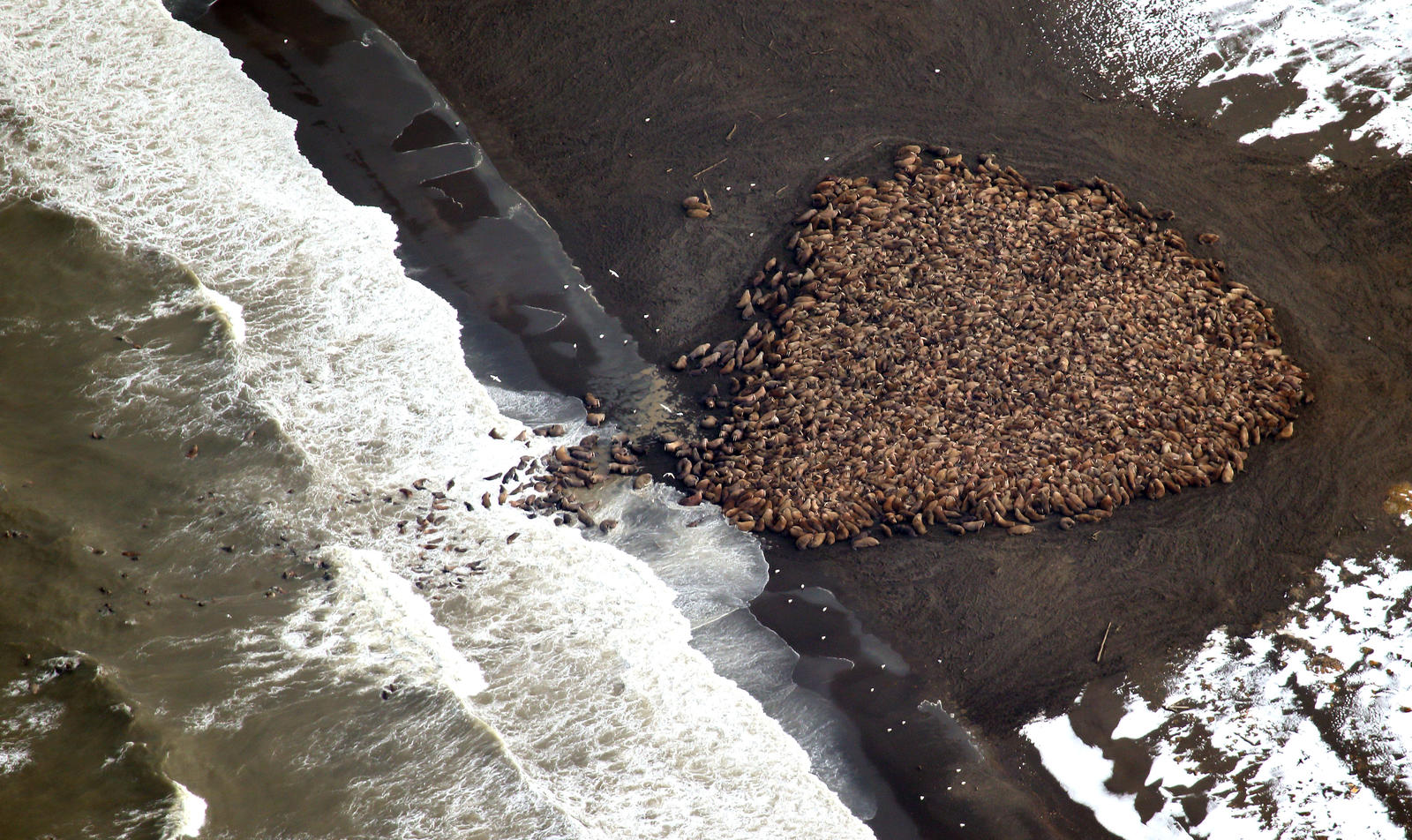 On September 23, 2014, this unusual image of thousands of walruses hauled out on the shore was captured by the National Oceanic and Atmospheric Administration on the Alaskan side of the Chukchi Sea. Four days later, a follow-up trip recorded 35,000 animals—a record-setting haul-out for that stretch of coast—and the image began popping up in news reports worldwide.

Haul-outs of this magnitude are abnormal—and bad news all around. When summer sea ice shrinks due to climate-induced warming in the Arctic, the walruses who depend on those frigid platforms for places to rest between feeding dives are forced to make a long and difficult swim ashore. Once there, they may quickly exhaust their near-shore food sources. Easily spooked by anything from a small animal to curious human onlookers, they can trample one another in a stampede to the sea. In the case of this haul-out, local people rallied to protect the walruses—which are central to their economy—by taking measures to keep them undisturbed, such as strictly limiting access to the haul-out by foot or in low-flying aircraft.

Last fall, the sea ice reached its seasonal minimum on September 17. Then, as winter arrived, it gradually increased, again providing walruses the habitat and respite they need. But a new melt season begins each spring. As the Arctic continues to warm, the walruses in the Chukchi will likely be forced ashore earlier, compelled to spend longer and longer periods in unfavorable conditions on land.