Can livestock in the United States help us test thermal camera technology slated to protect rhinos in East Africa? 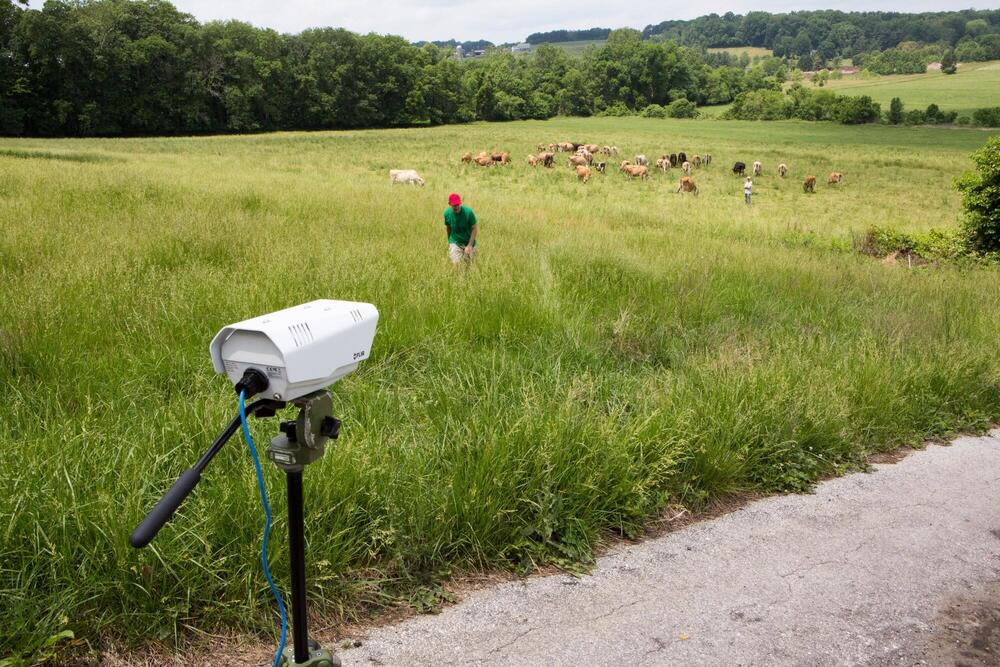 The thermal video camera system can differentiate between human and wildlife subjects (in this case, WWF scientist Colby Loucks, and cows).

The cows stood in a field in Glen Arm, Maryland, doing what cows do—chewing grasses and calling to their peers—and completely unaware that they were playing a role in protecting rhinos halfway around the world.

At the dairy farm, researchers with WWF’s Wildlife Crime Technology Project were testing a cutting-edge thermal video camera which, combined with human recognition software, was designed to differentiate a human from an animal—day or night—in an effort to help curb Africa’s growing poaching crisis.

To approximate the conditions of the African bush, the cows “stood in” for wild animals and WWF’s Colby Loucks acted as a poacher, moving among the grazing cattle at distances of more than 1,600 feet away. As hoped, the camera system was able to identify him and track his movements.

Which leads to the next step: Now that the technology has been proven to work, cameras will be installed along the perimeters of protected areas in East Africa. When a camera system identifies a human, it will alert park rangers about the intruder via text message. Because so few parks are able to fund the number of antipoaching patrols needed, the cameras will serve as invaluable aids in a daunting task: They will be where the rangers can’t be. Funded by a grant from Google’s Global Impact Award, the thermal cameras will provide extra “eyes” on the ground to help prevent poaching and keep rhinos safe.