WWF’s two-part plan to save the Javan rhino 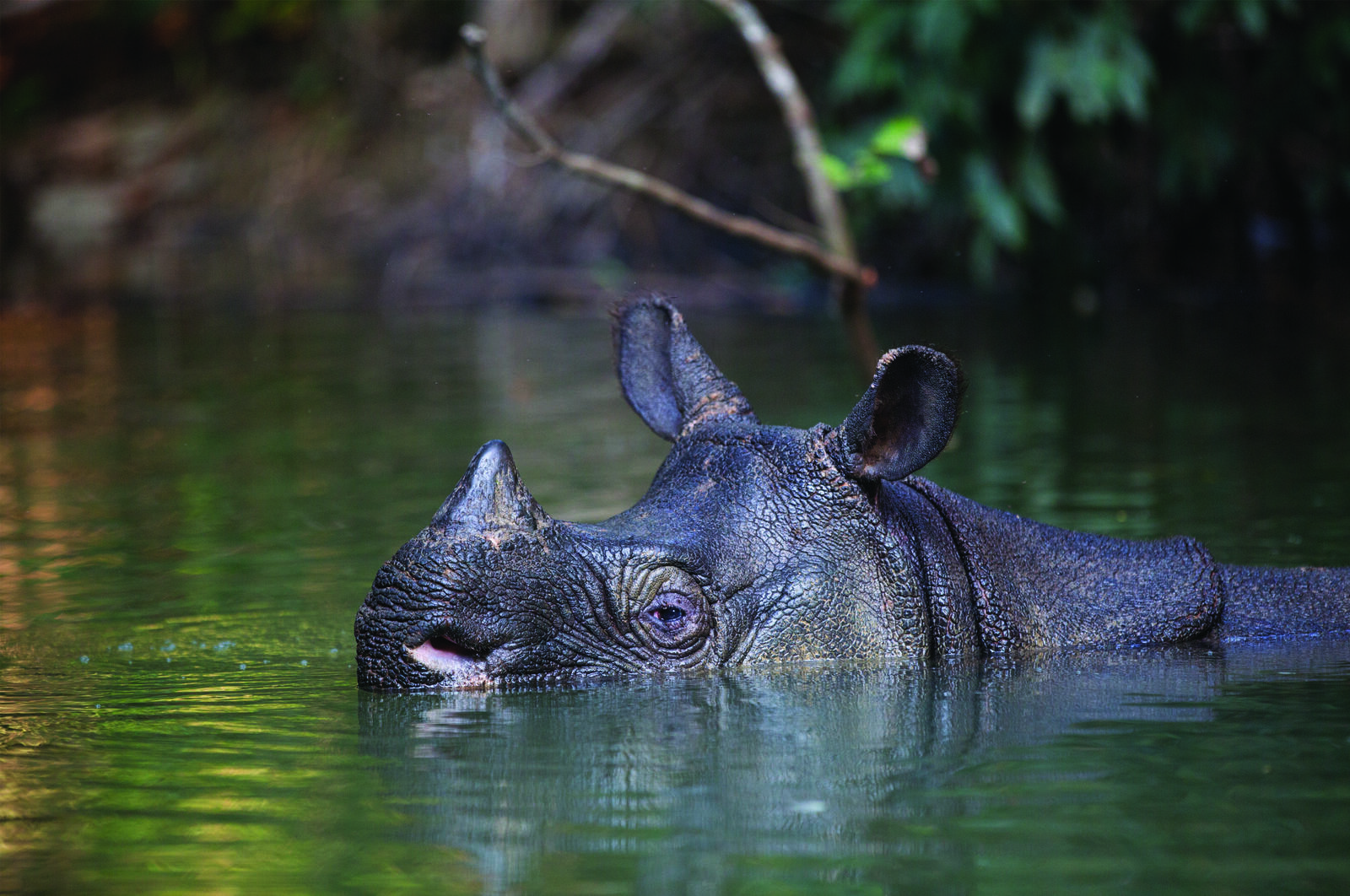 Ujung Kulon National Park sits on a peninsula in sight of the smoky haze from Krakatoa volcano; it is flat, swampy, and crisscrossed with natural canals. “It’s good habitat for Javan rhinos,” says WWF’s director of species conservation Dr. Barney Long. “The easiest way for humans to get around is by dugout canoe.” That challenging habitat offers a measure of protection for the last wild population—about 60 individuals—of the critically endangered mammals.

“The good news,” says Long, “is that despite how rare Javan rhinos are, we know what it takes to save them.”

WWF’s approach is based in the fact that when geographically bound rhino populations reach the limit of numbers their habitat can support, reproduction drops. “So,” Long explains, “alongside the International Rhino Foundation and the Ministry of Environment and Forestry, we want to do two things: First, remove the invasive arenga palm plant that is overly shading parts of Ujung Kulon, causing the thick forest understory to thin. Removing the palm trees will allow rhino-friendly browse to recover and spread, creating more suitable habitat in the park so the rhinos can increase breeding again.”

The other key effort is to move a few rhinos to a new sanctuary outside of Krakatoa’s potential blast zone, both to stimulate breeding and, as he puts it, “get our eggs into two baskets instead of Ujung Kulon’s one.”

“It’s really not rocket science,” Long adds. “We just need political will and about $5 million to get the Javan rhino population moving upward again.”