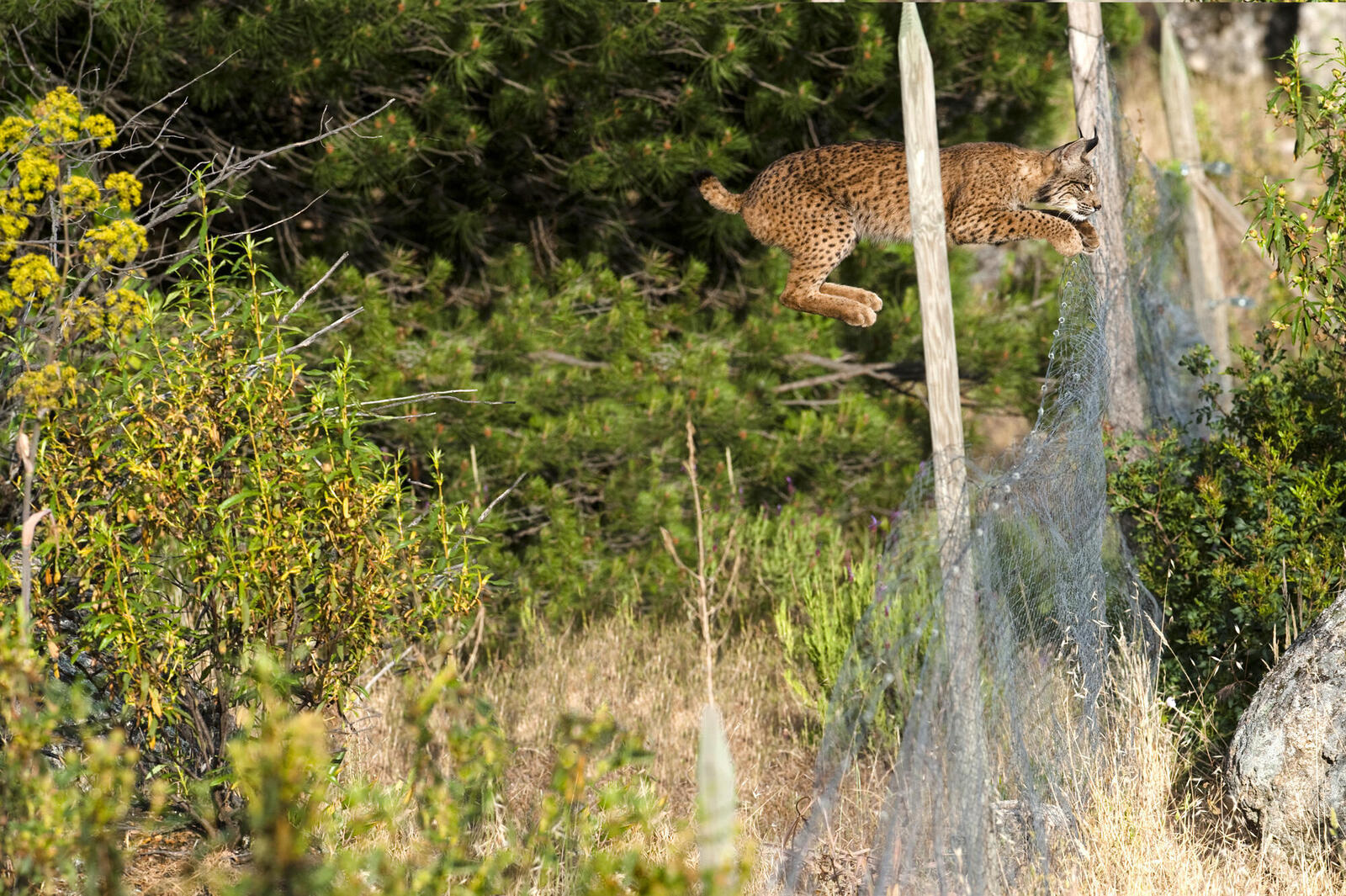 The Iberian lynx is one of the world’s most endangered cat species. Once found in Spain, Portugal, and parts of France, this small, short-tailed carnivore is now mostly confined to a few regions of Spain. Fewer than 500 are estimated to exist in the wild.

In 2009, I spent three months documenting these rare and beautiful cats in the Sierra de Andujar, a rocky, semi-mountainous park in southern Spain. My assignment was to follow a team of biologists who were trying to support the lynx population through “predator-proof” enclosures.

These enclosures were designed to help the cats catch rabbits, which make up 95% of their diet. In recent decades, disease and unsustainable hunting have hit the area’s rabbit populations hard, reducing the lynxes’ food supply. To combat that problem, scientists have been artificially introducing rabbits into the enclosures. Each one has a fence that’s low enough for lynxes to jump over, but high enough to keep out badgers, foxes, wild boar, and other predators.

As the biologists went about their work, I pitched a camouflaged tent by one of the enclosures. I stayed in it for days on end, ate food that left a strong scent, and even peed around the area—anything to get the lynxes used to me and help them see that I wasn't a threat.

Eventually, the waiting paid off. The cats started venturing near, and a handful spent hours in close proximity to me. One kept jumping over a particular low point in the fence. Eventually, when I saw it approaching, I aimed my camera at that spot—and caught its beautiful leap before it hit the ground in search of its next meal.