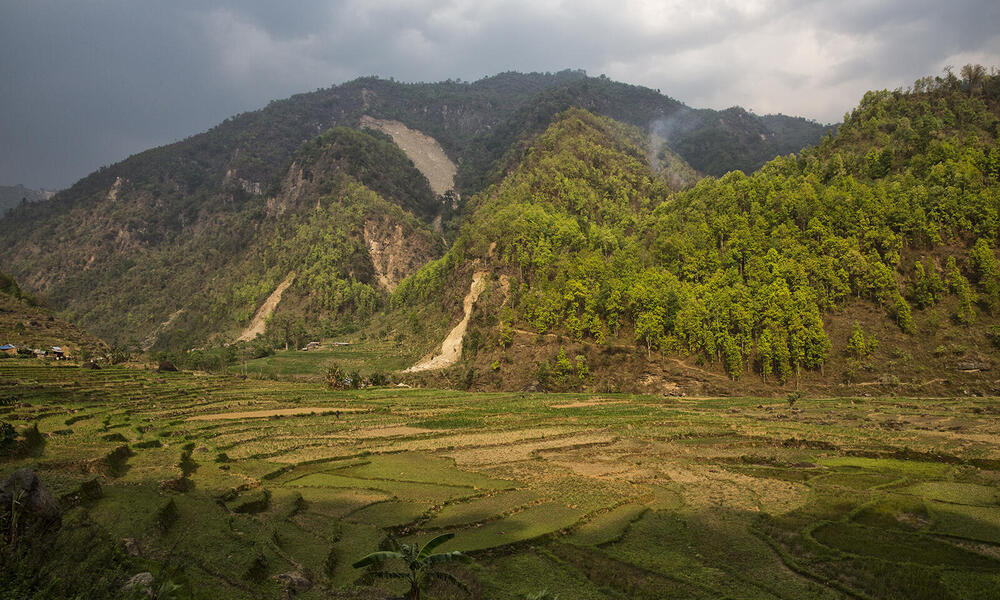 More than 4 million people call Nepal’s Gandaki River Basin home. In the face of climate change, communities—high in the mountains and in the tropical lowlands downstream—are assessing their needs and taking action to make life better for themselves, their families, and the forests they depend on. 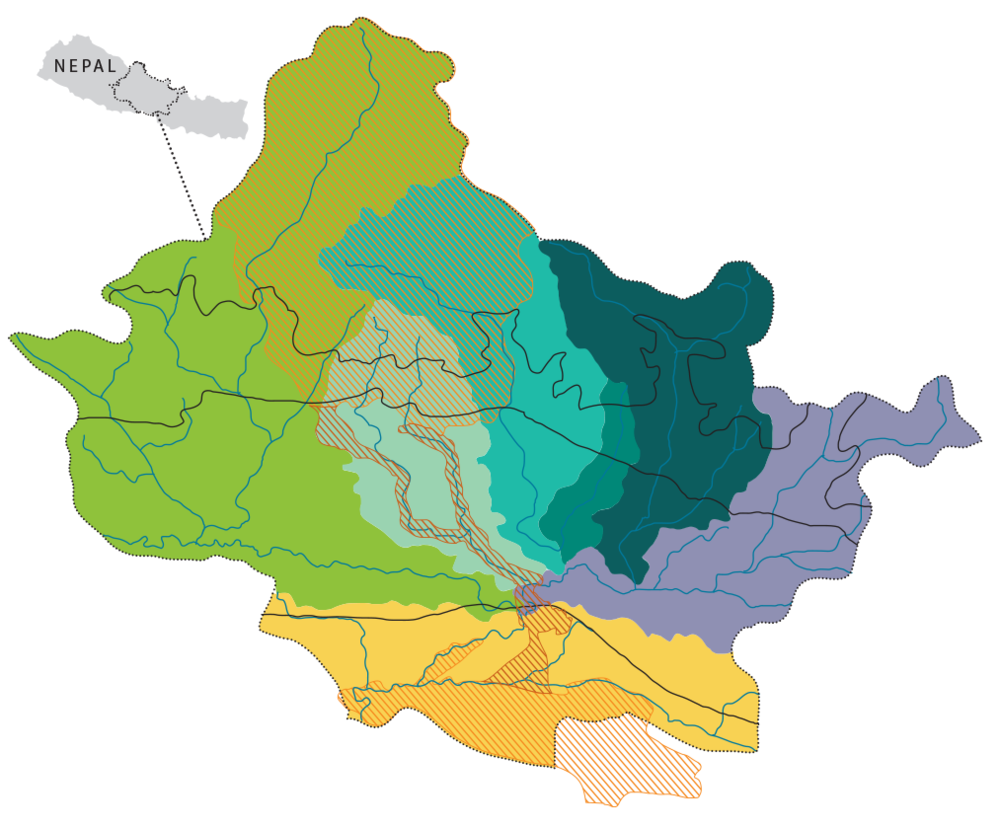 Learn more about how communities in Nepal's Gandaki river basin are adapting to climate change by clicking on the magnifying glass. 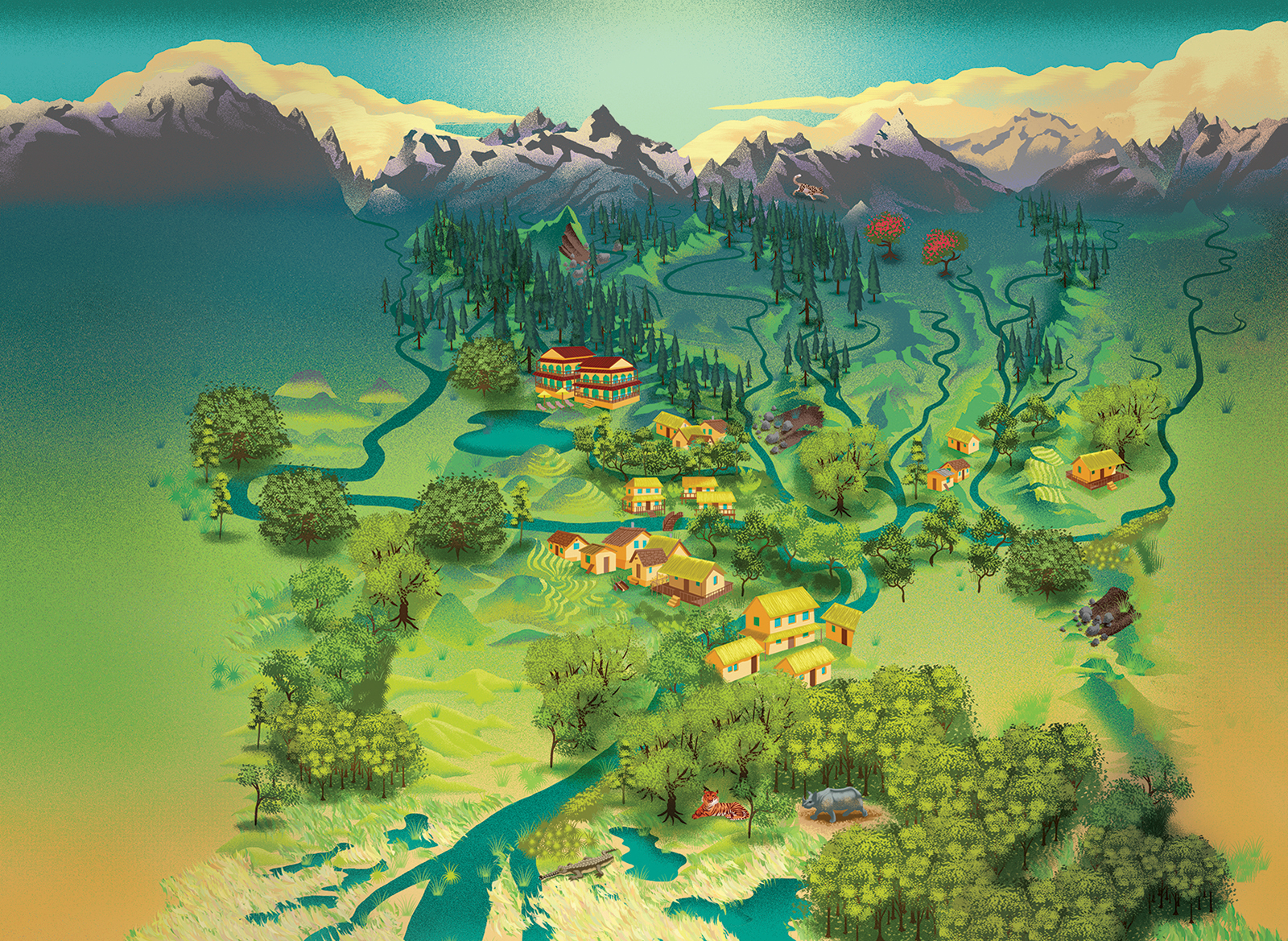 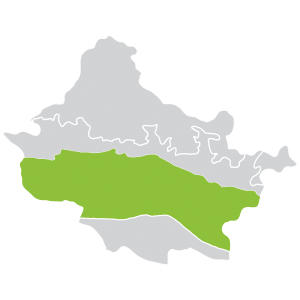 Feeding goats in stalls keeps them off hillsides and out of forests, where their browsing can strip vegetation and cause erosion.

Work with local groups helps ensure that women, the poor, and other marginalized people are involved in decisions on managing their forests, and that forest resources are equitably shared. 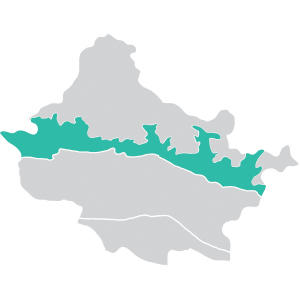 Buddhist prayer flags are strung in high places; their mantras are believed to spread compassion and goodwill. By promoting metal poles instead of wooden ones (which must be replaced every few years) Hariyo Ban helps take pressure off forests. 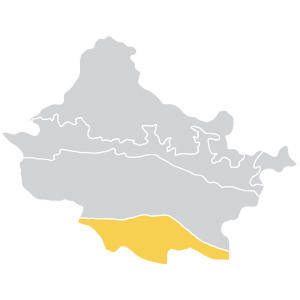 Nepalese homestays allow tourists to enjoy wildlife viewing and local food, and to learn about traditional ways of life while providing host families a vital source of income—particularly near protected areas.

In many communities, WWF supports the construction of fishponds that provide a critical source of sustenance and income, and also help reduce pressure on freshwater biodiversity along Nepal’s rivers and near Chitwan National Park.

Clearing steep river-valley slopes for agriculture by felling and burning has caused soil erosion and landslides, but planting broom grass helps stabilize hillsides. The flower heads are used to make brooms, which are sold for income.

Many fish and bird species migrate along north-south corridors, following river valleys that cut through hill and mountain ranges. These corridors may become increasingly important as the climate changes, and restoring them will allow native species to seek cooler, damper habitat.

Explore more of this issue's coverage of Nepal: