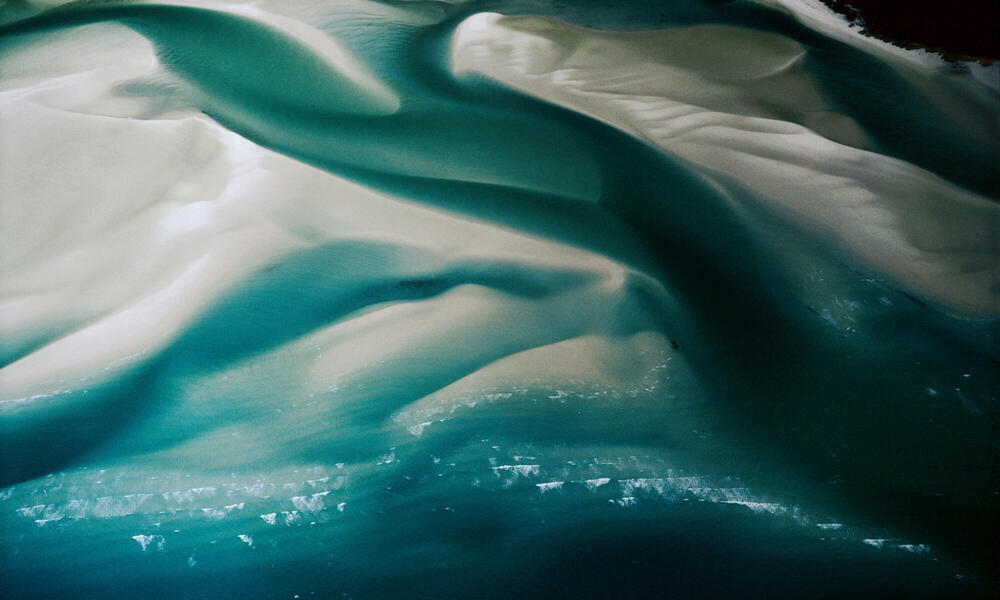 When NASA’s Apollo 11 launched into orbit carrying the first people that would step foot on the moon, the mission inspired the neologism “moonshot”: an idea so ambitious or groundbreaking it can change the trajectory of human civilization.

Almost fifty years later, the term has come to represent the human capacity to find radical solutions to big problems using breakthrough technology. In Silicon Valley, for instance, Google and its experimental subsidiary lab, X, have famously championed moonshot thinking to beget such innovations as Project Loon (a network of balloons designed to provide internet access to remote areas) and self-driving cars.

But can the game-changing ideas fostered by the tech industry also tackle the daunting challenges now facing the world’s oceans?

“Oceans X Labs aspires to combine the incredible power of emergent technologies, the power of creative thinkers, and the power of markets to find, develop, and scale new solutions that can transform ocean conservation efforts.”

Ack is one of the organizing minds behind Oceans X Labs, the world’s first conservation incubator and accelerator designed to develop ocean conservation innovations that can be scaled up to make a measurable impact. Launched in 2015, Oceans X Labs is a joint initiative of WWF and Conservation X Labs that, drawing on the venture tech model, aims to support and encourage innovators as they develop new approaches to addressing some of the ocean’s biggest problems, including overfishing, pollution, poorly managed aquaculture, and our vulnerable coasts.

“Oceans X Labs aspires to combine the incredible power of emergent technologies, the power of creative thinkers, and the power of markets to find, develop, and scale new solutions that can transform ocean conservation efforts,” says Ack.

In 2016, WWF helped launch the inaugural Blue Economy Challenge to identify new approaches to aquaculture, and to connect Oceans X Labs with pioneering thinkers around the world. By the end of the competition, 221 innovators from 41 countries had submitted innovations that focused on replacing wild fish in fishmeal using algae, microbes, and insects, and on creating new food products from seaweed.

One of the top candidates singled out to participate in the Oceans X Labs tech incubator was New Wave Foods, a San Francisco-based seafood startup that has engineered a vegan, kosher, plant-based shrimp using red algae from the ocean. Their goal? To disrupt the seafood market by providing an alternative to the ever-growing and unsustainable demand for shrimp.

New Wave Foods is a partnership between chief executive officer Dominique Barnes, a graduate of marine conservation at the Scripps Institution of Oceanography, and chief technology officer Michelle Wolf, a bio materials engineer. The two met at a business incubator for synthetic biology startups where they discovered a shared dream: to find a way to make seafood healthier and more sustainable.

“We knew we wanted to make seafood alternatives together, and it was pretty easy for us to focus on shrimp. It’s not only the number one seafood consumed in the US, it’s really the poster child for some of the problems in our seafood supply chains right now. Farmed shrimp are often fed antibiotics or raised in dense aquaculture operations in sensitive coastal areas, and with little oversight,” says Wolf. “We thought, there has to be a better way to raise shrimp—and to have a big environmental impact.”

SCALING UP: THE BLUE ECONOMY CHALLENGE

The Blue Economy Challenge was designed to mitigate the pressures on our oceans by crowdsourcing new ocean conservation and aquaculture solutions. Jointly created by WWF, Conservation X Labs, the Australian Department of Foreign Affairs and Trade, and SecondMuse, the challenge sought innovations that would benefit the Indian Ocean by reducing pressure on wild fish stocks used in aquaculture feed; improving food security through new seaweed-based food products; and increasing efficiency in existing operations. In addition to New Wave Foods’ vegan shrimp, here are a few of the concepts poised to start a sea change:

The Recycler Ltd. is raising black soldier fly larvae from biowaste to produce fish feed that doesn’t rely on using wild-caught fish as an ingredient, a practice that depletes natural fish populations.

To reduce fish mortality and loss of stocks, MicroSynbiotiX is growing algae for fish feeds that contain vaccines for diseases commonly spread in aquaculture.

The Climate Foundation has engineered Open Water Marine Permaculture Arrays, pumps that can be placed on the ocean floor to restore upwelling, a natural ocean process that brings nutrient-rich waters to the sea surface, resulting in increased productivity for aquatic plants and animals.

The massive scale of the shrimp market—the average US citizen consumes around four pounds of shrimp each year—has increased the demand to expand shrimp farms in countries like China, Thailand, Indonesia, and India. And while aquaculture is becoming more and more sustainable in some operations, poor management in others is causing habitat destruction, water pollution, and illegal labor practices—all of which pose significant threats to ecosystems and communities.

Aquaculture currently accounts for 55% of shrimp produced in the world, and WWF addresses the environmental and social impacts of shrimp farming by developing rigorous standards for aquaculture certification through the Aquaculture Stewardship Council (ASC). Partnering with stakeholders, seafood buyers and sellers, and governments from Southeast Asia to Latin America, WWF also works to ensure that farms move toward raising these small crustaceans using both ecologically sustainable and economically viable methods. Efforts are beginning to pay off—in Belize, for instance, the vast majority of shrimp producers are now ASC-certified.

Still, more solutions are needed. And New Wave Foods is seeking a different approach: remove oceans and aquaculture from the equation altogether.

Explains Wolf, “We understand how big and systemic these problems are, and just one solution is not going to fix how we eat. Even if we get a fraction of people to choose vegan shrimp, it would reduce some of the pressures on our oceans.”

In 2015, the duo got to work creating a shrimp alternative that would look and taste just like the real thing, but without any of the environmental effects. Combining their respective backgrounds, they set out to craft a convincing faux shrimp—down to the texture, taste, size, elasticity, and color— using only natural materials and ocean-derived ingredients.

“We focused on plant-based ingredients, because a lot of them are already approved for the market. The best way to achieve the shrimp texture was to combine seaweed extract with other plant proteins and algae, which can be raised sustainably,” says Wolf. “We’re still making seafood, just not in the traditional sense.”

And since the company’s goal is to have a substantial conservation impact, they made certain their “shrimp” was less resource-intensive than live shrimp—a selling proposition they hope will ultimately generate sales sufficient to significantly reduce demand for wild-caught and farmed shrimp.

Now New Wave Foods is working with Oceans X Labs as they prepare to launch their first product, popcorn “shrimp.” For the seafood company and other recipients of Oceans X Labs’ technical guidance, this partnership means greater access to the networks and external experts that can increase the speed and scale of their innovation. Oceans X Labs will also provide mentorship from industry and business leaders to guarantee the best chance of success.

“By bringing together the conservation power of WWF and the innovation power of Conservation X Labs, we can help entrepreneurs be deliberate in sourcing, developing, and scaling promising technologies to turn the tide of ocean restoration efforts,” says Ack. “Harnessing the diversity of today’s powerful new technologies gives us the potential to fundamentally change the way we manage and sustain our oceans.”

In turn, this opportunity will afford entrepreneurs like New Wave Foods the ability to effect tangible change on oceans and markets— one moonshot idea, innovation, or vegan shrimp at a time.