WWF's Meg Symington on seeding innovation in the Amazon 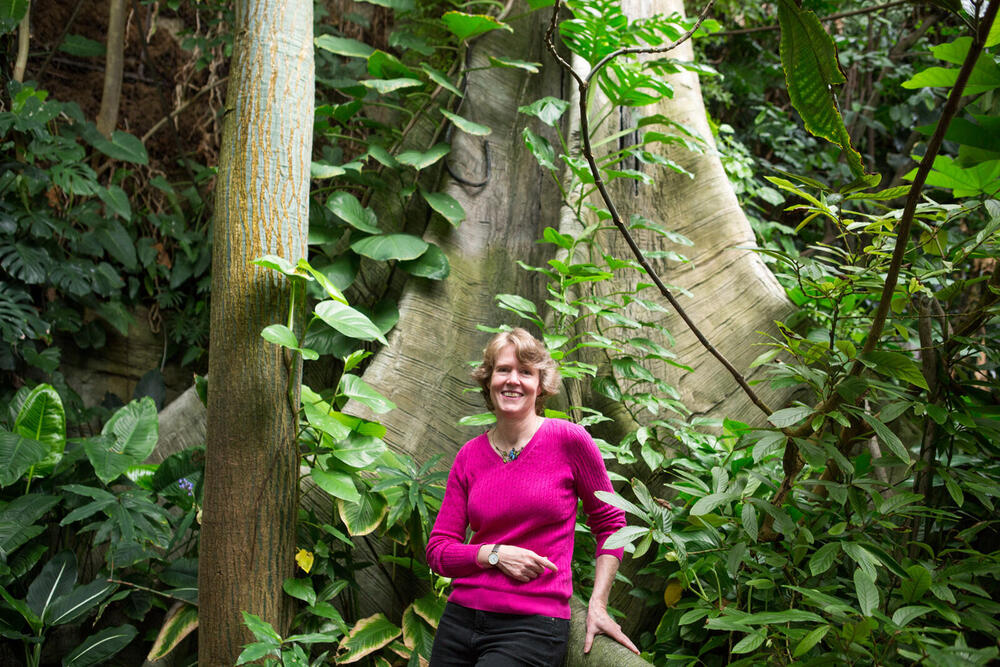 Meg Symington's career encompasses conservation and natural resource management projects for forest and freshwater ecosystems throughout Latin America. She has worked at WWF since 1990. Before joining WWF, Symington was an environmental advisor at the US Agency for International Development.

Even in a flourishing rain forest, it’s rare to spy 10 species of monkey on a daily basis. But there they were, leaping from tree to tree above the tent where I slept, howling to one another at sunset while I stirred my umpteenth dinner of canned tomato sauce and noodles in a kettle over an open fire.

I was living in the deepest reaches of Peru’s Manu National Park—“three days from an appendectomy,” my soon-to-be-physician husband liked to joke. Yes, we were remote. Back in pre-WiFi 1982, the research station staff had only occasional radio contact with the outside world; we scrawled data in our notebooks by candlelight; and fried eggs were a rare treat. But the park was the ideal place for me to study black spider monkeys, the subject of field research for my doctorate in biology.

One of the largest primates in South America, the black spider monkey serves an important role in the intact rain forests it favors. Among its jobs is to disperse seeds to help the forest thrive.

How fitting then that, almost a quarter-century later, I work for an organization that is helping the rain forest thrive through a disbursement system of its own? The seeds of hope in this case come from the sophisticated financing program that is already changing the future of the Brazilian Amazon and is primed to help the rain forest in other countries, too.

The innovative tool, known as Project Finance for Permanence, has provided a brilliant approach to cover the costs associated with maintaining protected areas in Brazil. I’m seeing it firsthand in my role overseeing the project and during visits to the areas we are conserving.

A key principle of a project like this is funding it from a variety of sources. In this case, Brazil is receiving money from governments, individuals, foundations, and corporations. The spider monkey could never survive if he only foraged for fruit in one tree, could he?

“My heart stirs when I see big mammals thriving because we can afford to protect the forest that their ancestors have occupied for generations.”

The result is a $215 million fund for protected areas in the Brazilian Amazon (plus increasing investments from the Brazilian government) that will protect an area of rain forest one-and-a-half times the size of California.

Equally important is how the project has very specific outcomes, and all the parties involved have agreed to them. Finding consensus and setting up rules for accountability can often be the biggest hurdles to any project making progress. But I’ve been impressed by the shared commitment I’m seeing in Brazil.

Perhaps because of my own experience in the rain forest, I can relate most to stories from individuals whose jobs are made easier because of the financing model. During a visit to a protected area that’s receiving funding, a park director pointed to his skiff and said he wouldn’t be able to pay for fuel for the motor if not for the funds. On a visit to another park, I was thrilled to be able to participate in a meeting of the management committee, which brings together local stakeholders with park managers to discuss issues of joint concern. Without financial support, travel to these meetings by residents of remote communities would be impossible.

My heart also stirs when I see big mammals that I know are thriving because we can afford to protect the forests that their ancestors have occupied for countless generations before them. I was among a crew of conservationists who watched, with our breath held for what seemed like hours, a black jaguar swim across a river and then scamper into the thick, tangled forest. Would the forest he came from, and the forest he went into, even be there if not for projects like this one? I can’t say with scientific certainty, but I’d venture to say no, not in the pristine state I witnessed.

If this model can be replicated in Colombia and Peru—and we're already working on that—it could mean protecting a significant portion of the world’s largest tropical rain forest system. I am optimistic that will happen, and that we can protect the rain forest I called home for the most memorable 27 months of my life.

I’m also optimistic that the Amazon, and places like it, will continue to thrive for future generations—humans and spider monkeys alike.

Learn more about WWF's work in the Amazon.