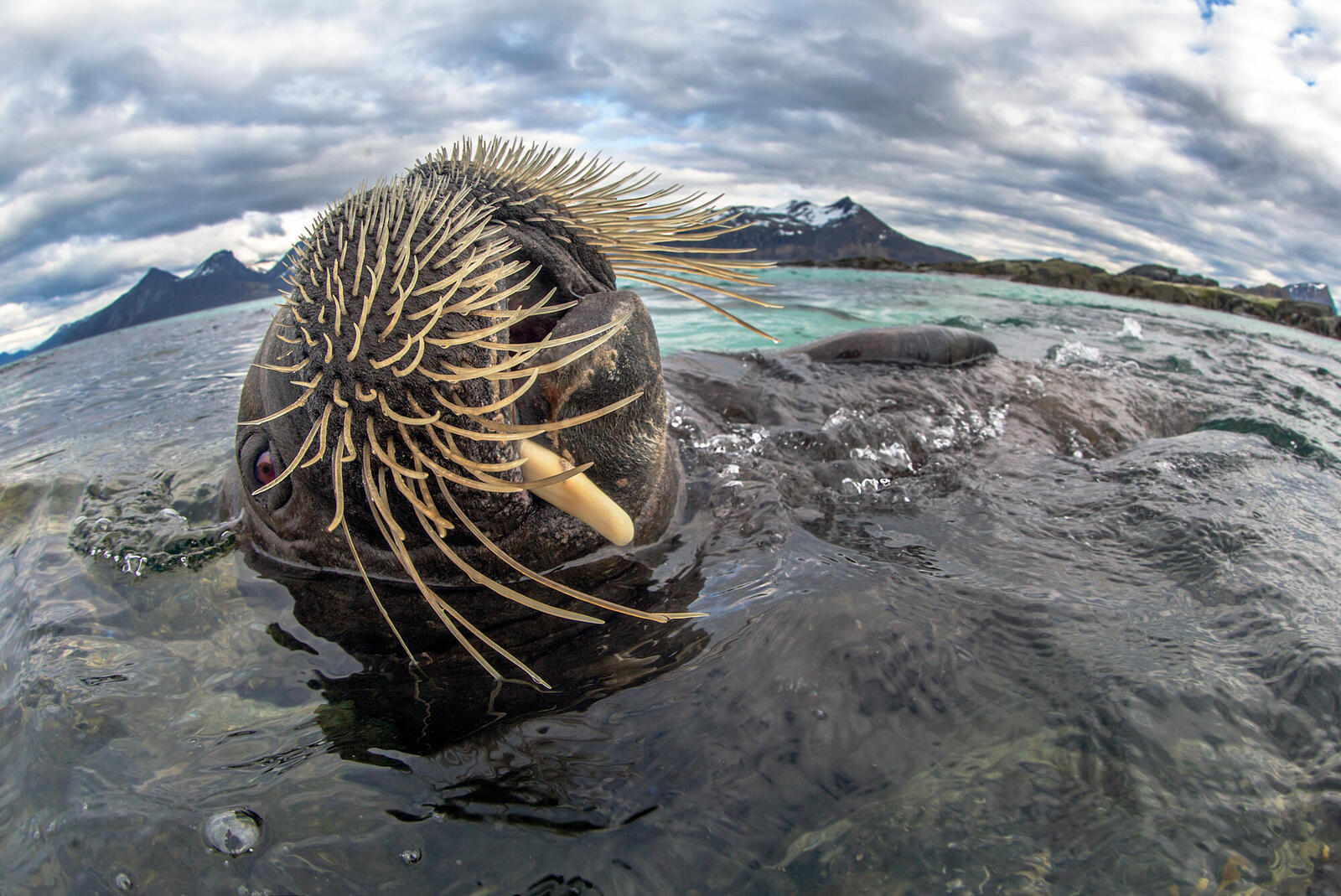 In May 2014, a young male walrus arrived at a remote island near where I live in Tromsø, in northern Norway. Thus began the strangest wildlife interaction I’ve ever had.

Walrus often live in large herds that rest on sea ice or land in the Arctic. Some hundred years ago, their colonies were hunted almost to extinction by commercial hunting operations, but the species gained legal protection from various countries between the 1930s and 1950s. In recent decades, some of their populations have grown again—which could be the reason why individuals occasionally stray to the coast of Norway for short periods.

I started camping on the island to watch the walrus, always from a distance. But one day, while I was lying in the sand taking photographs of him, the creature approached me and began brushing my hand with his sensitive whiskers. For a month and a half, I continued to observe him regularly. It was impossible to know what the walrus was thinking, but based on his behavior, he seemed to have different moods—grumpy, happy, teasing. One night, for example, while I was watching him go for a midnight swim, he splashed water at me in an extremely playful way. It was a once-in-a-lifetime chance for a photographer.

According to a motion-sensor camera I had set up, the walrus left right before I returned from a month-long photography trip. I hope he made it safely to the Arctic to rejoin his kin.