Looking out for orangutans in Sumatra 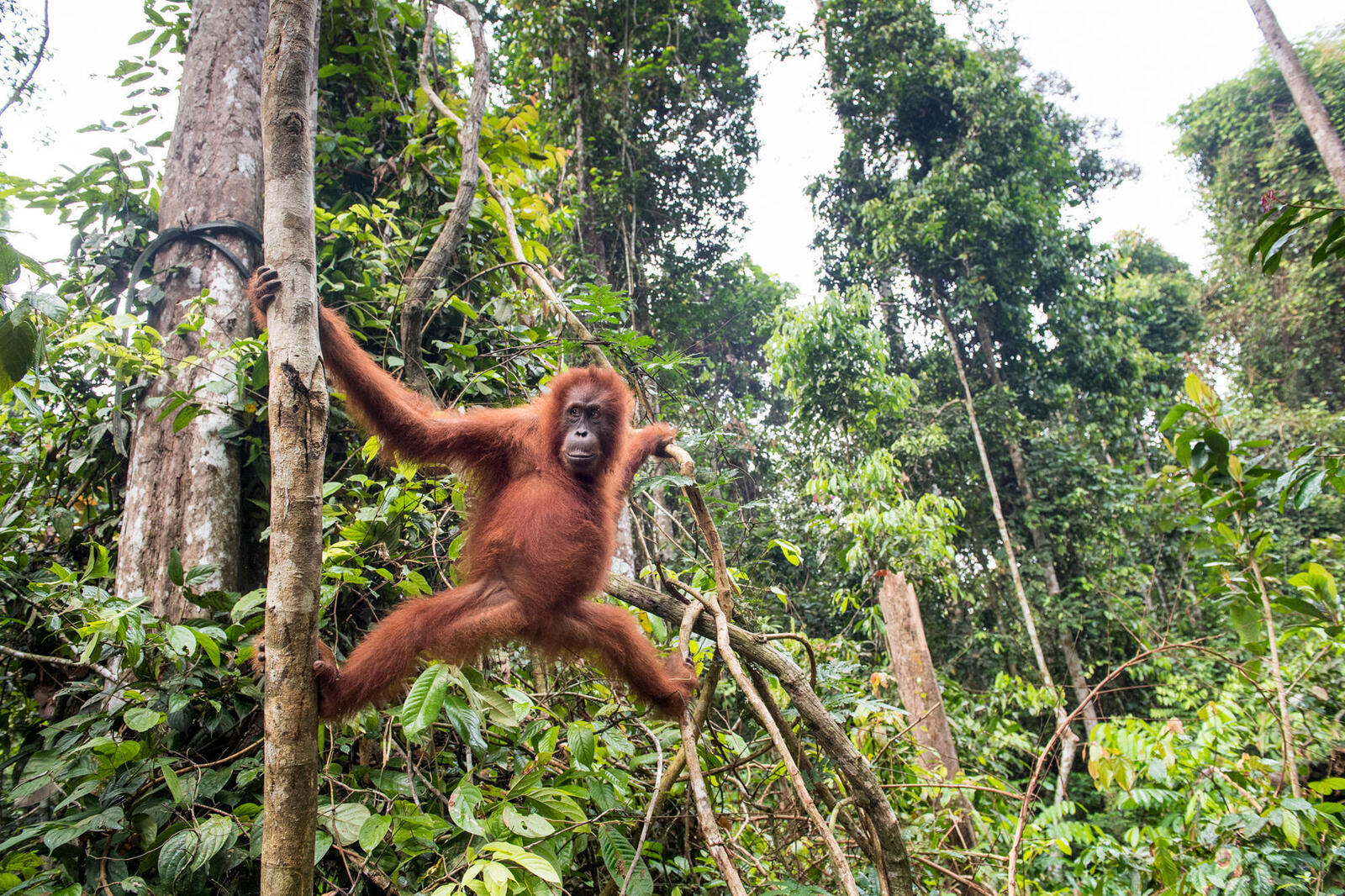 Thanks to a groundbreaking agreement between a WWF-founded company and the residents of a rain forest village, Sumatran orangutan habitat is more secure than it was just a few years ago.

For their size, the rain forests on the Indonesian island of Sumatra contain a disproportionately large number of plant and animal species, some of which—like the Sumatran orangutan—are found nowhere else. At the island’s heart lies Bukit Tigapuluh National Park, or Thirty Hills, created in 1995.

In 2015, WWF and a tight-knit team of partners determined that the most effective way to protect the forest adjacent to Thirty Hills—and, in turn, the park itself—was to get it rezoned from an industrial forest concession to a conservation concession, in which a commercial joint venture manages the land for its natural values. The agreement covering the concession incorporates ecosystem restoration.

The resulting Thirty Hills Forest Company, known locally as PT ABT, recently signed an agreement with Suo-Suo, a village just outside the concession’s land and adjacent to Thirty Hills. As part of the agreement, which is designed to improve life in the village while protecting the surrounding forest, PT ABT will employ villagers to manage tree nurseries, and to work on reforestation projects. The village in turn will help the company enforce laws against the illegal logging, poaching, and encroachment that threaten central Sumatra’s forests. And to aid both orangutans and forest-dwelling indigenous people, WWF has negotiated to buy sustainable forest handicrafts for global distribution.

This partnership will benefit not only forests and livelihoods, but the only orangutan population in central Sumatra.

Learn more about Thirty Hills and the animals that live there.