Investing in conservation abroad can make the world more stable. Here's how. 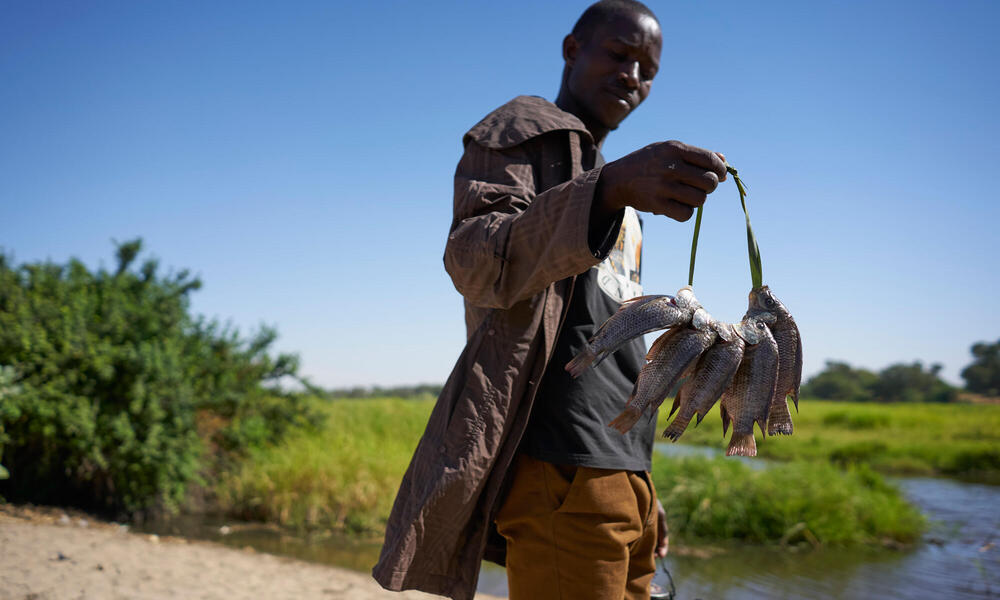 Somewhere in the Gulf of Aden, a young Somali pirate stands at the bow of a skiff doing 23 knots, an AK-47 cradled in his arms, the spray of briny ocean water on his face. He and his compatriots are closing in fast on their catch of the day: a Japanese cargo ship whose crew scrambles to repel the attackers with high-powered water cannons and sonic weapons.

More than 2,000 miles away, an 8-year-old Nigerian girl forages for firewood near Lake Chad. A glint of metal catches her eye and she bends down to pick up what looks like a piece of jewelry. The landmine—left there by the terrorist organization Boko Haram—kills her instantly.

And across the globe, a coyote smuggles a Guatemalan farmer, his family, and several other desperate Central American migrants into the United States. Halfway across the unforgiving Arizona desert, one of the group’s members succumbs to exhaustion and dehydration.

In Somalia, many modern-day pirates started off as fishers, but decades of overfishing have depleted key marine populations, driving them to take up arms on the high seas.

Likewise, in Nigeria a growing population and the dramatic drying up of Lake Chad have driven worsening poverty for many locals—a crisis Boko Haram has exploited to boost recruitment. Meanwhile, the illegal ivory trade fuels violent militant groups—some with ties to Boko Haram, the Lord’s Resistance Army, and other terrorist organizations.

And finally, in Guatemala, rising temperatures, changing rainfall, and poor agricultural practices have contributed to the steady decline of coffee plantations and subsistence crops. Add that to an already combustible mix of high unemployment, food insecurity, and rising violence, and it’s no wonder a growing number of Guatemalans are risking everything for the chance at a better life in the US.

All three scenarios illustrate how environmental factors can be the catalyst for instability, as a combination of climate change
and our overexploitation of natural resources steers many parts of the world toward conflict, extremism, and mass human migrations.

The evidence is everywhere. Unsustainable fishing has exhausted wild populations in important coastal regions. The conversion of land for agriculture drives rampant deforestation. Depleted water resources undermine food production and deepen political and ethnic fault lines. The American Association for the Advancement of Science estimates that by 2020 our deteriorating environment will force 50 million people around the world to leave their homes.

“The 1% that we spend on foreign assistance is the best national security investment that we can make as a nation.”

Security experts have long asserted that environmental challenges, including the increasing impacts of climate change, can serve as a “threat multiplier” or “accelerant of instability.” The US has a clear interest in helping to protect the fragile ecosystems and natural resources that shore up economies and governments. And yet, US foreign assistance spending constitutes less than 1% of the federal budget, and the government allocates only a fraction of that for global conservation efforts.

Nevertheless, this small investment plays a critical role in helping developing nations build resilience to extreme weather and sustainably manage their wildlife and natural resources. By funding conservation in such places, the US also supports stronger local governance and community ownership, which in turn foster greater stability, economic prosperity, and the rule of law. The result is less conflict and forced migration—a boon for these regions and the broader community of nations.

Take Namibia, where US support has empowered communities to be responsible stewards of the local resources that sustain them. “Community conservancies” have led to rebounding wildlife populations and rising rural revenue. Likewise, in Guatemala’s Maya Biosphere Reserve, community forestry concessions provide revenue and jobs from the sustainable use of local resources. The concessions also enjoy near-zero deforestation and human migration rates, in sharp contrast to other parts of the country.

“The United States is stronger when we incorporate conservation and sustainable resource use into our approaches toward development, foreign policy, and national security.”

In these countries and many others, a few US dollars to support “natural security” go a long way toward bolstering national security here in the US. Now more than ever, we must work to defend these critical investments from proposed cuts and build even greater support for international conservation among US lawmakers. And we have a powerful new tool to help us make the case: the Natural Security Campaign.

The campaign is a joint effort among World Wildlife Fund, The Nature Conservancy, Conservation International, and the Wildlife Conservation Society, with partial support from the Gordon and Betty Moore Foundation. Together, the coalition hopes to demonstrate how environmental degradation and illegal trade in wildlife and other natural resources can threaten America’s interests—at home and abroad.

To drive home that message—and spur more lawmakers to action—the coalition has teamed up with leading voices in the defense, intelligence, and foreign policy communities, as well as experts in transnational organized crime and members of Congress from both sides of the aisle. That bipartisan support was on display on July 25, 2018, at the launch of the Natural Security Campaign on Capitol Hill with House and Senate lawmakers.

The campaign also aims to win over a new generation of leaders. 2018 saw the departure of several of the most reliable Republican voices in Congress for international conservation—including House Foreign Affairs Chairman Ed Royce—making the need for new champions particularly acute. To that end, the coalition is working to educate new members on Capitol Hill and partnering with influential local voices in states such as Oklahoma, Utah, Texas, and Florida, who are carrying the message to their representatives and senators back home.

WWF is confident that more US policy-makers will join the cause—especially when they see that a clear majority of their constituents are already on board. A recent poll commissioned by the Natural Security coalition—and jointly conducted by a Republican and a Democratic polling firm—found that roughly 4 out of 5 American voters are in favor of the support the US currently provides for international conservation.

Americans recognize that nature is at a tipping point. At stake are Earth’s finite natural resources and biodiversity—the bricks and mortar that undergird our economic prosperity and hold our community of nations together. The moment is ripe for leaders of every political stripe to get behind solutions that will benefit America and the world. Who will be the next to stand up and be counted?