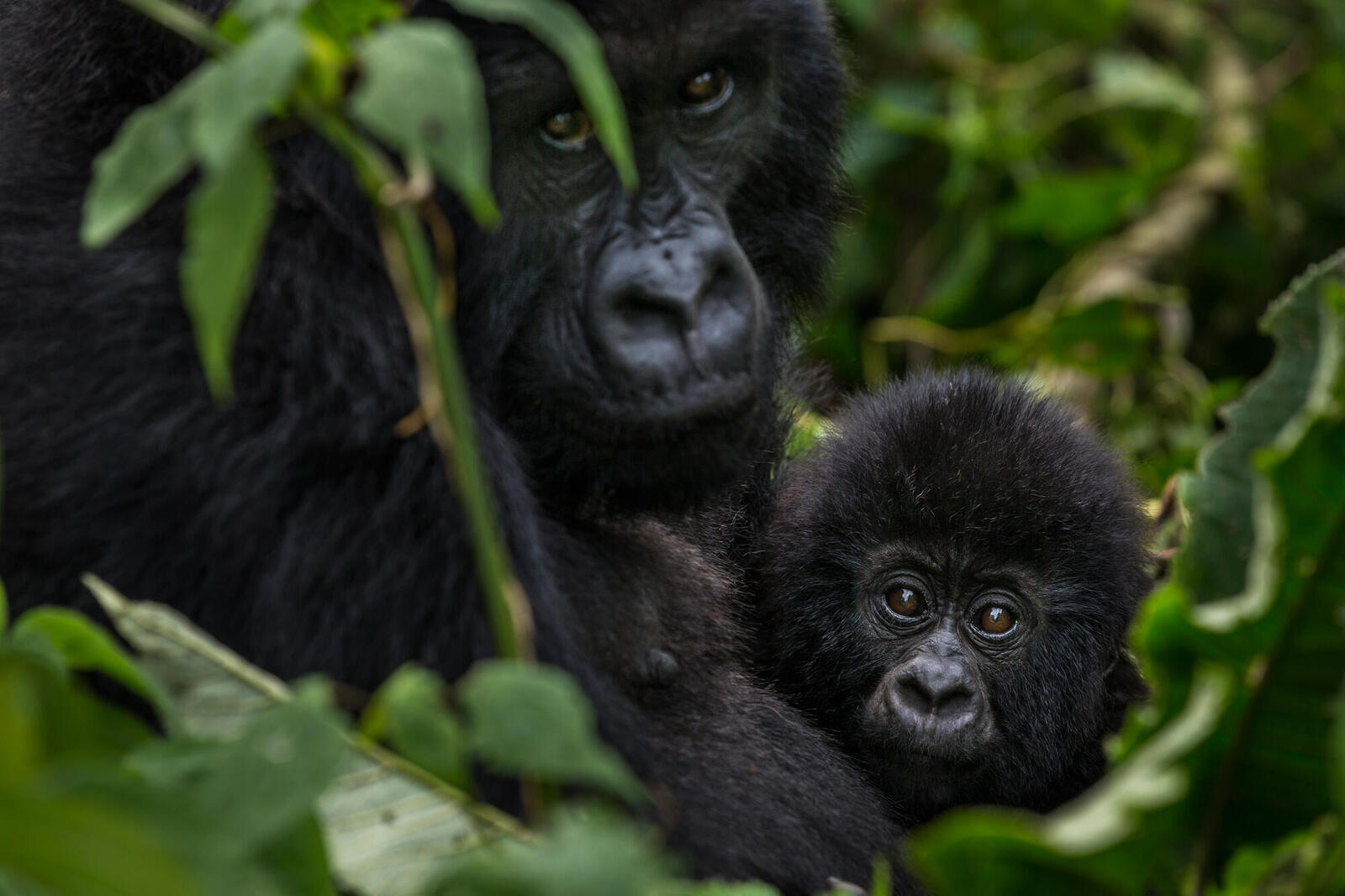 VIRUNGA MASSIF :: RWANDA, UGANDA, AND THE DEMOCRATIC REPUBLIC OF THE CONGO

The endangered mountain gorilla survives in only two regions: Uganda’s Bwindi Impenetrable National Park and the Virunga Massif—a chain of volcanoes stretching 174 square miles across Rwanda, Uganda, and the Democratic Republic of the Congo.

During 2015 and 2016, survey teams combed the Virunga Massif’s dense, mountainous forests in two sweeps in search of the great apes. After a lengthy analysis of all the data, the Greater Virunga Transboundary Collaboration, which coordinated these surveys, announced good numbers: 604 gorillas—up from just 480 in 2010.

Mountain gorillas were once expected to be extinct by the millennium. But today the total number in the wild tops 1,000. “This is fantastic news,” says Bas Huijbregts, director for African species conservation at WWF. “It’s because of decades of collaborative conservation work between the three countries and their partners. They’ve given us a model for how to restore our planet’s precious biodiversity.”

The apes’ biggest ongoing challenges to survival are human development; disease; illegal snares set to kill wild antelope, but which can also be lethal to gorillas; and, increasingly, the impacts of climate change on their natural habitat.

The census was supported by the International Gorilla Conservation Programme, or IGCP (a coalition program of Fauna & Flora International and WWF), Partners in Conservation at the Columbus Zoo and Aquarium, and a host of other groups. WWF also collaborates with IGCP to conserve forest habitat and address other threats facing the species.