Yolanda Kakabadse on the power of dialogue and sustainability 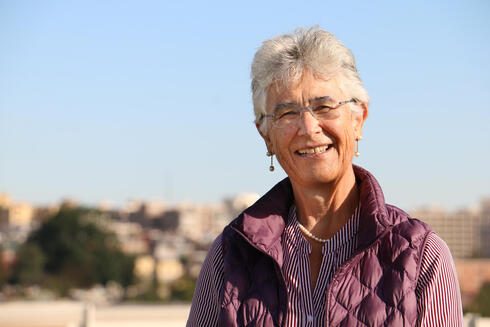 So strongly, in fact, that when she and a group of lifelong friends began to notice that “something had changed” about the landscapes in Ecuador they’d known as children, they created Fundación Natura, a nonprofit dedicated to protecting and preserving Ecuador’s biodiversity. “Since our early childhood,” she says, “our parents would take us on drives around the country, to understand what Ecuador was about, and the true wealth Ecuadorians had in terms of human and natural capital.”

So as the friends grew up and continued visiting these places, they had a baseline to work from. And they could see that forests were being cut down, beaches were being destroyed, rivers were being polluted. Alarmed by these changes, Kakabadse and her friends knew immediately what they needed to do. She left her job (Kakabadse was a social worker) and in 1979 she became the first executive director of Fundación Natura.

“This was the first time I was addressing the environment and understanding the concept of what an NGO was,” Kakabadse says. “So I dropped my work in psychology and moved into leading this organization.” The environment has been her passion ever since.

After 11 years at the helm of Fundación Natura, she went on to spend two years organizing and ensuring the strong participation of the NGO community at the United Nations Rio Summit in 1992. Upon returning home to Ecuador, she felt compelled to address an issue she had noticed while in Rio: It seemed to her that Latin America was lacking leadership that understood the concept and importance of sustainability. And so she created another organization—Fundación Futuro Latinoamericano—to help fill that gap.

“The number one reason for starting this group was to build the capacity of leaders to understand and manage conflict,” she says. “Because sustainability, basically, is a way of addressing conflict.”

“We taught people how to deal with conflicts involving natural resources—water, forests, land, oil. And also the value of using a resource or not using it. How do these decisions impact the livelihoods of communities?”

Yolanda Kakabadse
WWF Board of Directors

The new organization offered programs for leaders from many sectors—government, business, academia, nonprofit, indigenous communities, youth—to build capacity in understanding and mitigating conflict. There was also programming that highlighted specific conflicts in the region, to make clear the importance of managing each conflict in order to move on from a development perspective.

“We taught people how to deal with conflicts involving natural resources—water, forests, land, oil,” Kakabadse says. “And also, the value of using a resource or not using it. How do those decisions impact the livelihoods of communities?” But above all, no matter how many conflicts a leader was dealing with, the key to resolution, she felt, was pretty simple: People have to talk to each other.

“I felt as if at that time in Latin America, we were pretty good at creating conflicts,” she says, “and very poor at addressing them. And addressing, and ultimately managing, conflict means dialogue. The problem is, when people aren’t talking, each perceives the other as the enemy. And very often, they want the same thing.”

The problem in building support for sustainability often lies in the fact that sustainability isn’t always visible. It’s built over the long term, and what it means can change from year to year. But at the heart of it, always, is community.

Kakabadse has carried her abiding faith in the power of community-involved conservation with her throughout her career, which has included time as Ecuador’s minister of environment, president of the International Union for Conservation of Nature, and president of WWF-International. She believes that when the community is involved in conservation—when leaders and others are talking to each other— then they, too, will notice when something is wrong. And they will help make it right.