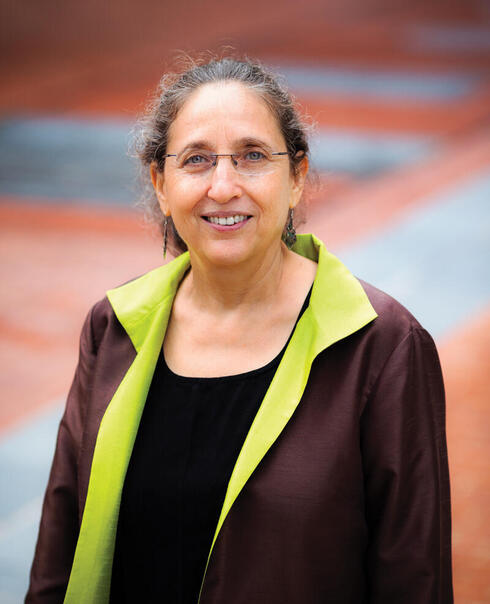 Ruth DeFries is a professor of ecology and sustainable development at Columbia University in New York City. But on most days, her heart is in India.

“I know that, in my generation, a lot of us came to the cause of conservation through Earth Day, and that was true for me, too,” says DeFries. “It shaped me in my teenage years. I think of us as ‘Earth Day adolescents.’ But for me, what absolutely increased my awareness about the environment a thousand-fold was living in India in my early 20s.”

DeFries spent three years in India, where her awareness of how people and nature are intertwined was awakened. “I saw how everything is so connected that you can’t think about the environment or nature without thinking about people,” she says. “In India, people rely on nature and everything nature provides so directly that you can’t deny it.”

Today, DeFries calls India a second home. Most of her research is centered there, but the implications of her work are global. Her students are studying bioacoustics—the sounds and frequencies that humans cannot hear— to learn more about diversity and species. And she is studying the impacts of India’s Green Revolution, a movement that began 40 years ago and encouraged farmers, through federal subsidies and other enticements, to grow high-yield rice and wheat instead of the variety of crops they had grown traditionally.

Her research shows that in just a few decades the Green Revolution has resulted in devastating environmental and social consequences. Growing high-yield crops places financial strains on farmers and strips the land. It demands tremendous quantities of water and yields an amount of greenhouse gas that is becoming untenable.

“The Green Revolution crowded out the traditional cereals that had been grown for centuries,” says DeFries. “I’m not saying the Green Revolution was all bad—in some ways it was very good because famines were eradicated and some farmers gained wealth. But there were also negative outcomes, and one of the major ones was the loss of diversity in the cropping systems.”

“Without healthy systems, you can’t have healthy people, which is one of the things WWF understands so innately.”

All of which is a clear example of the fundamental connection between people and nature. If the land isn’t healthy, then the farmers aren’t able to produce, and the people who depend on their agricultural output aren’t healthy. “Without healthy systems, you can’t have healthy people,” says DeFries, “which is one of the things WWF understands so innately. It’s woven through everything they do, and I think it is a critically important part of WWF’s approach.”

In India, DeFries is seeing a return, ever so slowly, to traditional crops. They are being grown in small numbers, and can be found in some grocery stores—“not accessible to the majority of people in India,” DeFries notes, “but it’s a start.”

She thinks this could indicate an inflection point, where the issues that many scientists and conservationists have been working on for so long are now becoming undeniably visible.

“I think a lot about my students, and how to teach these difficult, often overwhelming, topics in a way that doesn’t leave them feeling powerless,” she says. “And so what I’ve been doing is combining reality with positive stories. There is a lot to celebrate, and I think it’s important to embed success stories into the information we’re putting out there.”

“I see change happening, and I am hopeful,” she adds. “We’ve got to make sure the next generation feels hopeful too.”