Capturing a rare rhino on its midnight stroll 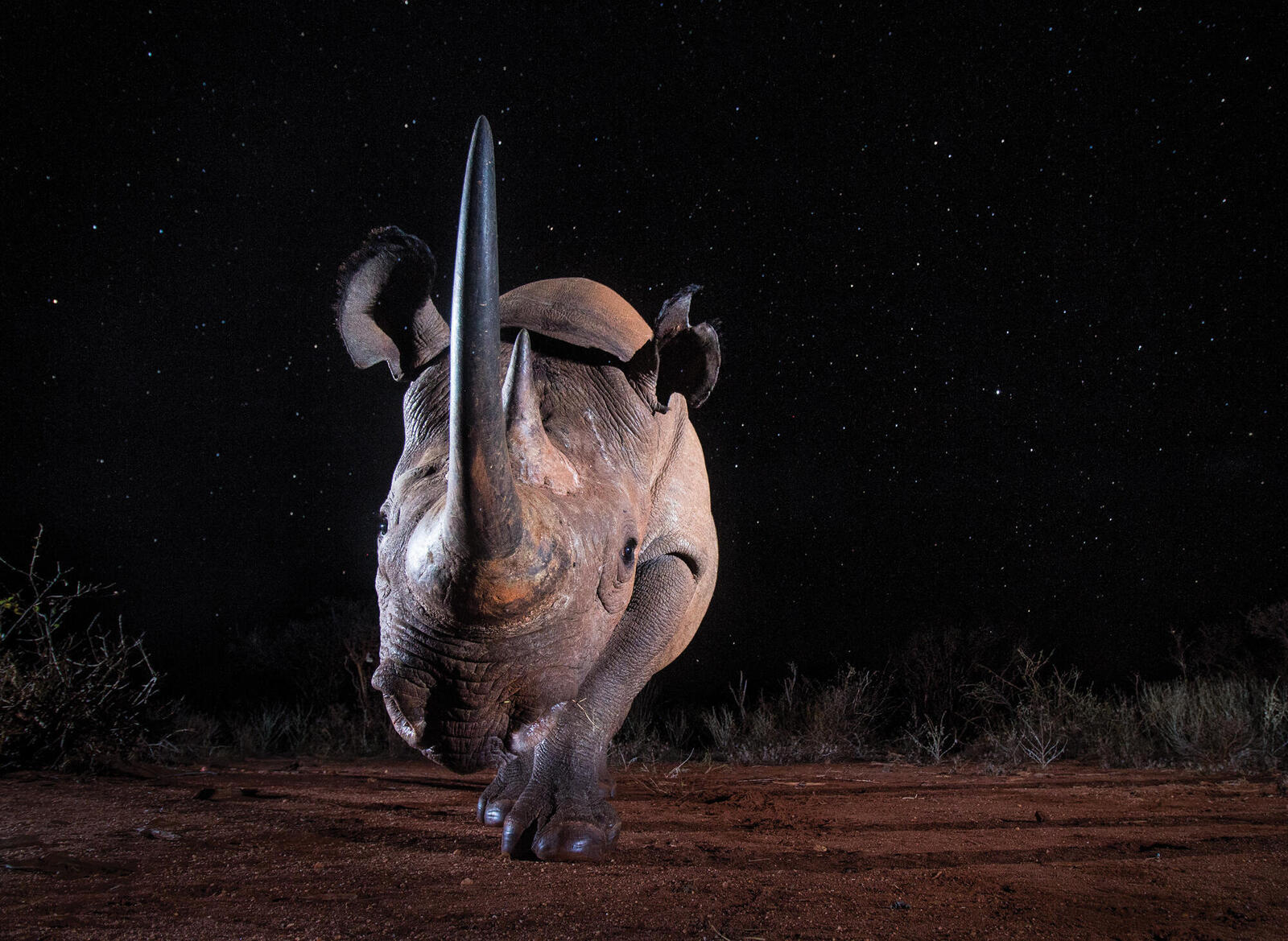 In August 2018, I teamed up with the Zoological Society of London and the Kenya Wildlife Service to photograph critically endangered black rhinos in Kenya’s Tsavo West National Park. I knew it would be a challenge. This park is mountainous and covered in thick vegetation, which makes it perfect black rhino habitat but a difficult place to spot these elusive creatures.

Since black rhinos are mostly active at night, and often tread along established wildlife corridors, I realized they would be ideal subjects for my camera traps. I had a very specific shot in mind: a rhino with thousands of stars behind it. The conditions would have to be just right—a moonless night—and I only had a few days during my monthlong trip to get it.

With just two days left in Kenya, I went to check on one of the camera traps. When I arrived, I discovered that my tripod had been flipped upside down. Black rhinos are notoriously grumpy, and one individual had already flattened every camera he found in his territory. But when I pulled up these pictures, I was ecstatic to discover this shot. Unlike his brethren, this rhino was inquisitive, and must’ve nudged the camera just after it snapped this photo. After one month of effort, I got the shot I wanted—and the camera, thankfully, was unharmed.