Late one afternoon in November 2013, by a quiet water hole in Namibia’s Mudumu National Park, Robin Naidoo snagged an impromptu lesson in wildlife tracking. Naidoo, a senior conservation scientist at WWF, was there to tag members of several wildlife species whose movements he’d been studying. The park ranger accompanying him, a man named Matambo Singwangwa, is a member of the San (or Bushmen), an indigenous group famous for their ability to follow even the subtlest animal trails.

“I asked him for a little lesson,” Naidoo says. “So we wandered around the water hole and looked at all the different tracks. The stories he could [tell] about what the wildlife were doing, simply based on some marks in the ground, were just outstanding.”

Naidoo, a friendly Canadian with dark curly hair and a PhD in conservation biology and environmental economics, specializes in a different sort of tracking. He uses quantitative analyses to evaluate a wide range of conservation issues, and for the past five years he’s focused more and more of those analyses on one environmental initiative in Namibia. It was his ability to uncover new ways of seeing—like the lesson at the water hole—that led him to an important discovery about the health implications of the communal conservancy program there.

Namibia’s communal conservancy program is a national initiative that aims to conserve the country’s valuable natural capital while reducing poverty among its largely rural population. At the program’s core are communal conservancies—customary landholdings that local communities have agreed to manage sustainably. In return, Naidoo explains, the communities “benefit from wildlife and other natural resources on their lands in a variety of ways.”

That wildlife includes some of the continent’s most iconic species. The ochre- and rust-colored deserts and savannas characterizing the bulk of Namibia’s lands, along with a swath of wetter, more tropical veld and woodlands in the northeast, are home to cheetahs, black rhinos, lions, Hartmann’s mountain zebras, oryx, elephants and black-faced impalas.

When Namibia won independence from South Africa in 1990, many of those species were close to disappearing. Rampant poaching, fueled by drought, human-wildlife conflict and several other factors, had ravaged animal populations throughout the country. To reverse that decline, the new government mandated environmental conservation in its constitution—the first country in Africa to do so—and several years later, it passed legislation establishing the conservancy program.

“We started with just four conservancies [in 1998],” Maxi Pia Louis says. Louis is the director and secretariat coordinator of the Namibian Association of Community Based Natural Resource Management Support Organizations, or NACSO—a coalition of local nongovernmental organizations, like WWF in Namibia, the University of Namibia and individual partners that support the conservancies in every facet of their work. She has a warm, high-pitched voice and a no-nonsense manner.

Initially the program drew little interest, Louis says. But that changed once income started flowing into the first conservancies through ecotourism lodges, sustainable hunting ventures, craft marketing and other activities. By December 2003, 25 additional communities had registered as communal conservancies; at the end of 2013, the total had jumped to 79, encompassing more than 230,000 people and covering almost 20% of the country.

In tandem with the program’s growth, animal populations surged throughout Namibia, and some species began fanning across regions where they’d long been absent. (Lions, for example, have returned to the beaches of Skeleton Coast National Park, where they’re known to feast on scavenged whales and seals.)

Today the program’s main challenge is keeping up with its own success, Louis says with a laugh. “Everybody wants to have a conservancy now.” 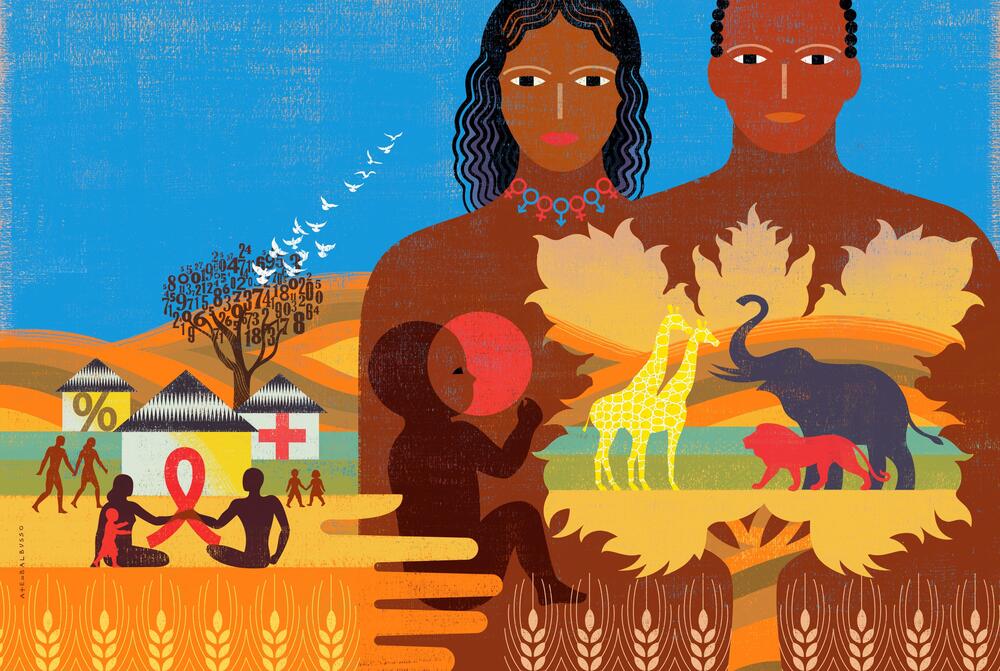 Most of the benefits documented for conservancy members have been monetary. But financial hardship is only one of multiple barriers to well-being in their communities: a major problem has been Human Immunodeficiency Virus (HIV) and the chronic, life-threatening condition it can lead to, Acquired Immunodeficiency Syndrome, or AIDS.

Namibia has one of the highest HIV prevalence rates in the world; as of 2011, 13.1% of the country’s adults were HIV-positive. That percentage runs higher in many rural regions, where access to resources for preventing or treating the disease is more limited than in urban areas. And though the spread of the epidemic seems to have slowed, its terrible cost to human life continues to strain every social and economic structure in the country.

NACSO’s staff knew that Namibia’s Ministry of Health and Social Services was running several HIV/AIDS outreach and education programs; they were also aware that the ministry couldn’t reach some of the more remote regions where the conservancy program worked regularly with community members. So the two agencies began discussing ways to collaborate and eventually settled on a plan to mainstream, or integrate, an HIV/AIDS program into the existing structures and activities of 31 conservancies.

From 2003 to 2007, the program, which received funding from USAID and the US President’s Emergency Plan for AIDS Relief, sought to lower some of the risk factors associated with the disease, which included having multiple sexual partners and unprotected sex. Tactics ranged from radio broadcasts and traditional song and dance to trained peer educators and community support groups. Though those activities looked different from village to village, at each site they took place within broader, conservation-based initiatives conservancy members had already invested in.

Louis says the peer educators, support groups and other local leaders proved instrumental in helping people move beyond stigmas surrounding the disease and begin to address it together.

“Slowly it started opening up,” she says. “People realized that, you know what, this is part of our lives [and] we need to do something about it.” 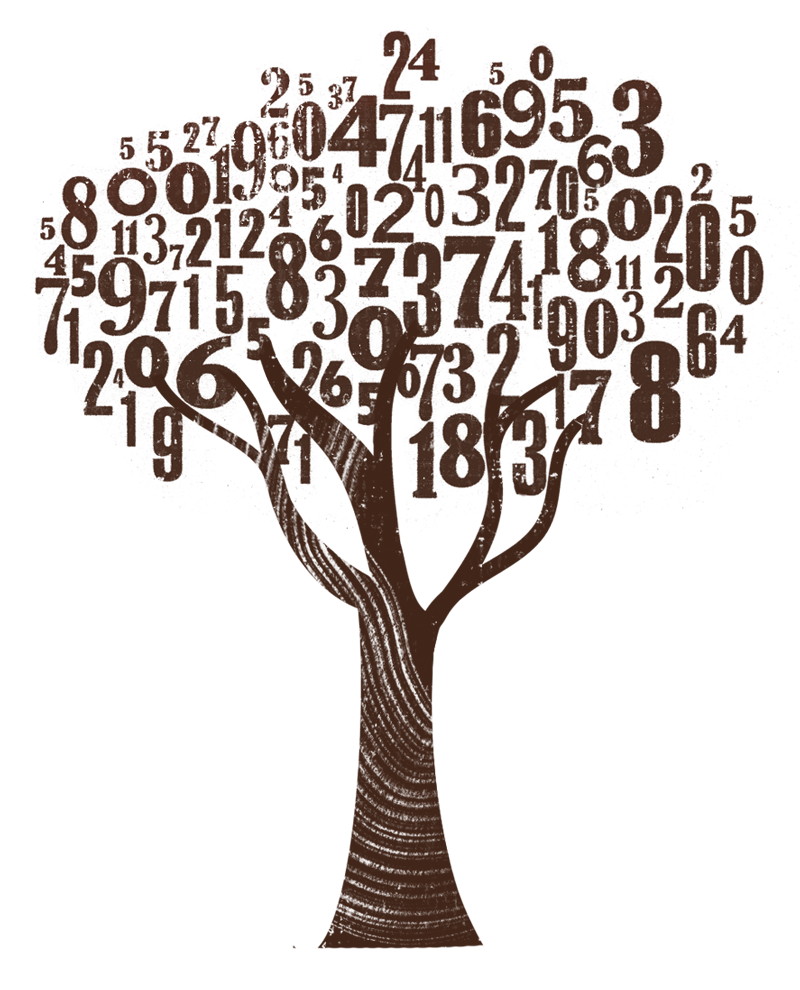 “Slowly it started opening up. People realized that, you know what, [HIV] is part of our lives and we need to do something about it.”

When Naidoo first began working in Namibia in 2007, however, the mainstreamed HIV/AIDS program was slowing to a standstill. Funding had stopped. While Louis and many others felt the program was working, there was no mechanism to measure its impacts and no apparent change in the behaviors linked to the disease.

Sensing a research opportunity, Naidoo started casting around for every database he could find on people living in Namibia. He remembered one he’d seen called the DHS, or Demographic and Health Surveys, a project run by US-based consulting firm ICF International.

“As I was going through it I realized it was a gold mine,” Naidoo says. The DHS covered numerous areas both in and outside conservancies across Namibia. Better still, two of the most recent surveys had been conducted in 2000 and 2006/2007, offering data from just before and at the end of the mainstreamed program.

It was an unwieldy gold mine, though. The DHS surveys were launched about 30 years ago to collect data on population fertility, child mortality, and their determinants in developing countries. Over the decades, however, they have added broader health and population statistics to the surveys—and as they’ve grown more comprehensive, they’ve also grown denser and increasingly tricky to navigate.

Fortunately, a colleague of Naidoo’s knew Kiersten Johnson, a researcher with a doctorate in sociology and expertise in DHS and HIV/AIDS research. Over the past few years Johnson had developed a deep interest in studies that probe connections between human well-being and the environment. When Naidoo contacted her about the program, she was intrigued.

“In Namibia, they’ve got lots of [HIV/AIDS] behavior-change communication programs that are implemented all over the country, so what was it that made these programs [on the conservancies] different?” Johnson says. “For me that was the big question.”

They decided to focus on the risk factor of having multiple sexual partners, which is the biggest behavioral driver of HIV infection in sub-Saharan Africa. With Johnson’s input, Naidoo created a data set for men and women living on conservancies. He then compiled sets for three comparison groups: one consisting of men and women living outside the conservancies throughout the country, another of men and women in villages outside but geographically close to the conservancies, and a third of non-conservancy men and women who matched conservancy members across a range of other socioeconomic variables—among them age, marital status, education level, wealth, religious affiliation, and distance from the nearest health clinic.

Picking apart the statistics, they found a striking change among conservancy men: the average number of sexual partners those men reported having over the last year fell by about 60% between 2000 and 2006/2007, in contrast to roughly a 10% decrease among men in the best-matched comparison group.

“Looking at a related risk factor, the percentage of men with multiple partners,” Naidoo says, they again saw a “sharp, dramatic drop in the conservancy residents relative to the comparison group.”

The number of partners reported by women, already very low to begin with, did not change significantly—a result Naidoo and Johnson think reflects women’s tendency to have fewer partners than men in Namibia, along with a higher likelihood of women underreporting having multiple partners.

In essence, the report concluded that the mainstreamed initiative had indeed made a difference in conservancy members’ ability to combat HIV/AIDS—proving, Naidoo adds, “that this program, which previously had been viewed as a failure, was actually quite successful.”

That turnaround in the mainstreamed program’s perceived value has a number of implications, Naidoo says. One is the possibility of scaling up the program beyond Namibia. There’s a great deal of communal land elsewhere in Africa, he explains, and the program’s methods might be useful to other communities where the disease is still widespread.

Louis, for her part, sees an opportunity not just to revive the program on the conservancies but also to broaden its focus.

“We’ve realized, if you just address HIV and AIDS [on the conservancies], it’s not enough,” she says. “There are other health issues faced by the communities we work with. In the northeast of the country people die more from malaria than AIDS.”

Regardless of how its scale and scope may shift if the program does start back up, what won’t change is its heavy reliance on local partners for success. Naidoo stressed that WWF’s partnership with the conservancies is ultimately a supportive one. “The drivers,” he says, “are really the Namibian government and the local communities there.”

Some of those communities are still running activities from the mainstreamed program even without government support. In one of the conservancy villages, Louis says, she met a woman who had been trained as a peer educator. Today, several years after the funding dried up, the woman continues making her daily rounds among the village women to check the statuses and needs of conservancy members living with HIV/AIDS. She told Louis that many other peer educators were doing the same.

“It was integrated at levels we’d never thought of,” Louis says. She adds that the program had required some peer educators to track the actual number of people with the disease on their conservancies. “And [that woman] was religiously still going [out and] collecting those figures,” Louis says, clearly impressed. “And I asked, ‘Where do you forward this information?’”

In response, the woman explained that she mails it to the Ministry of Health and Social Services in Windhoek, the way she always has.