In the face of sobering poaching numbers, relocation fosters a baby boom 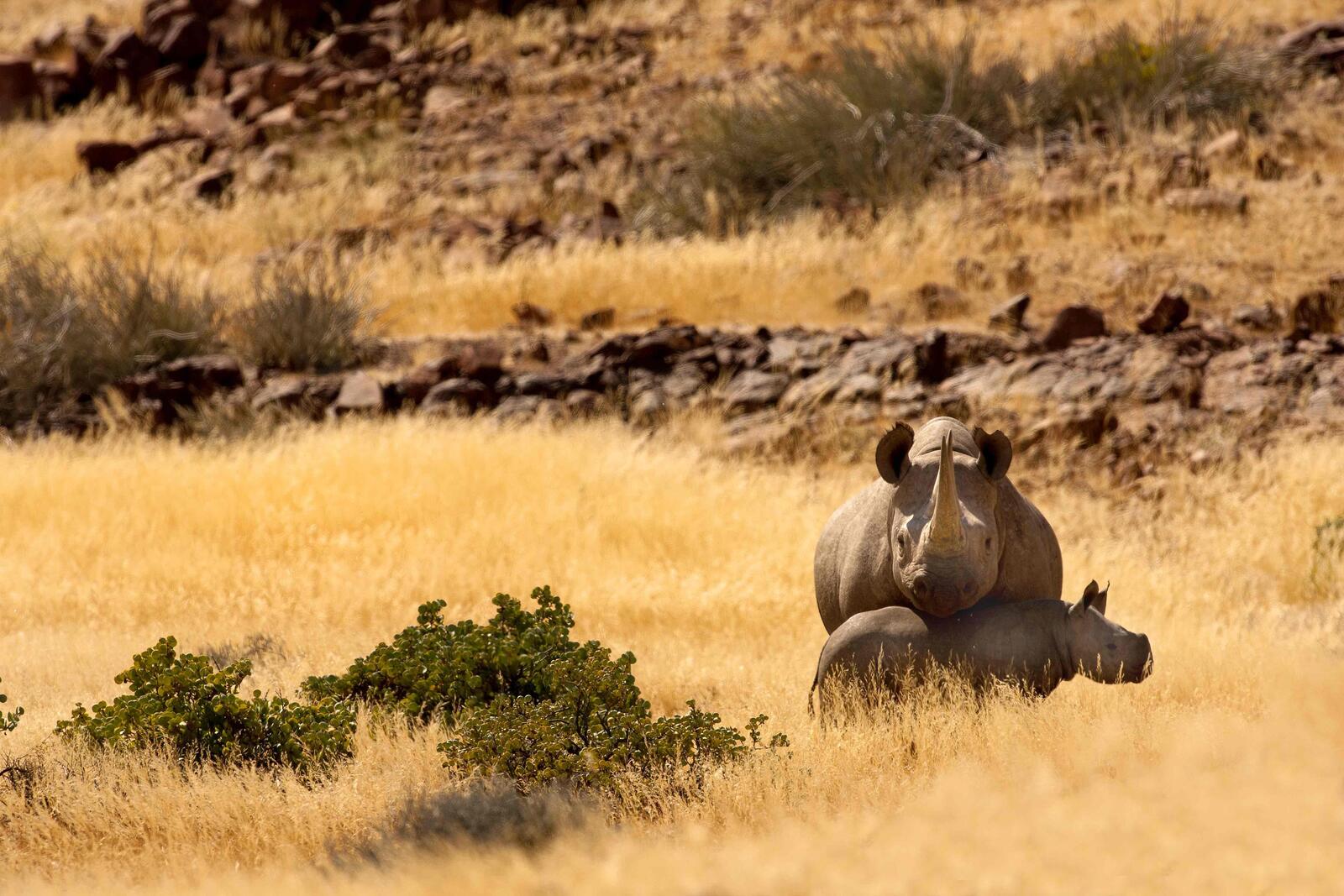 At the end of 2014, the South African province of KwaZulu-Natal reported an exciting milestone: its black rhino population had grown to 500, up from 411 in 2004.

That news was a bright spot in an otherwise dark year. South Africa is home to more than 90% of the world’s approximately 20,000 white rhinos and 40% of the 5,000 black rhinos. But rhino poaching in the country has skyrocketed since 2008; in January 2015, South African officials announced that 1,215 rhinos were killed in poaching incidents during 2014—the highest number recorded in a decade.

KwaZulu-Natal’s recent success presents an important counterpoint—and reflects the efforts of the Black Rhino Range Expansion Project, an initiative started by WWF, Ezemvelo KZN Wildlife and other partners in 2003. The project relocates small groups of black rhinos from healthy populations to start new ones. “Science shows that if you take a group of animals out of a stable population and move them elsewhere, it can allow the original population to grow more quickly again,” says Dr. Jo Shaw, rhino program manager for WWF-South Africa.

Since its launch, the project has established nine new black rhino populations in the provinces of KwaZulu-Natal and Limpopo with more translocations in the pipeline. Only five adults have been lost to poaching from its sites, while more than 70 new calves have been born—a ratio that points to a brighter future than these terrible poaching statistics suggest.