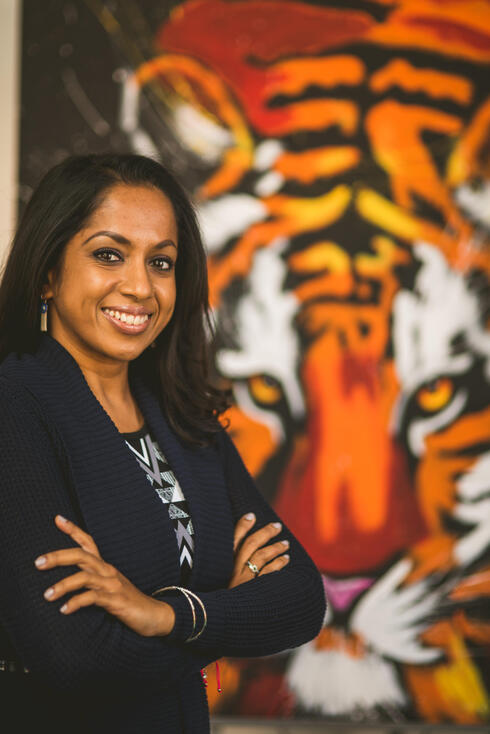 Nilanga Jayasinghe is a program officer on WWF’s wildlife team. She focuses on the conservation of Asian species—particularly elephants, rhinos, tigers and snow leopards—and manages a wide range of programs and projects to benefit both these flagship species and many others. Jayasinghe started her career as an environmental journalist.

When I was a kid growing up in Colombo, the capital of Sri Lanka, one of my favorite sounds was the tinkling of a bell: it meant there was a trained elephant coming down the street. My friends and I would sprint down to the sidewalk to see the elephant plodding along with its mahout, or master, the bell swinging from its neck. I never tired of watching—I've always felt an affinity for these huge, intelligent beasts.

In addition to those bells, though, I grew up hearing darker stories. Sri Lanka is relatively small, but it's rich with biodiversity. Even our elephants are members of a distinct subspecies of Asian elephant, the Sri Lankan elephant. The country, roughly the size of West Virginia, is also home to a growing population of more than 20 million people. Large wild animals like elephants are rapidly running out of space to live, and their encounters with people are often not pleasant. I regularly heard news of people killed by wild elephants raiding their farms or houses for food—and of elephants, in turn, killed by people trying to defend their property. And while Sri Lankan elephants are unique to my homeland, the friction between wildlife and humans isn't.

Over the years, I've learned that human-wildlife conflict exists everywhere. I've written about sea otters competing with fishermen for seafood off the coast of California, worked to help rural Kenyan communities trying to defend their livestock from lions and other carnivores, and heard cattle ranchers in Montana voice fears about wolves. The frequency of conflict is increasing in tandem with rising human populations around the world. And there are so many underlying issues feeding into any one conflict. It's that complexity that really interests me. How do you find solutions to something that's difficult to understand in the first place? And how do you ensure that those solutions last?

This much is clear: you have to work with people.

"Human-wildlife conflict" is a hyphenated term because humans are deeply involved in it, and if you focus only on the wildlife you won't get very far. If the conflict is happening in a poor community, for example, most of the time people are too concerned about meeting basic needs to really think about conservation. But when you understand their needs, and can show them how protecting animals would benefit them, there's a much better chance they'll collaborate with you.

Collaboration isn't enough, of course: you have to help people find strategies that really work. Some of the best ones are really innovative. For example, during a recent trip to Nepal, I visited rural villages where wild elephants often raid rice paddies during harvest season. There, communities have been using electric fences to deter elephants, but these tools alone don't always succeed. Elephants are smart and persistent enough to find ways around these barriers, like pushing them over using trees. So several farmers have now dug fish ponds in front of the fences as added barriers. Built to be difficult for elephants to cross, the ponds not only reduce elephant raids, but also generate new income by allowing farmers to raise fish alongside their usual crops.

It's also crucial to talk with others doing similar work in order to share effective tools and learn from those that failed. As part of a new human-wildlife conflict working group that spans WWF's global network, I'm working with colleagues to determine the best ways to address the conflicts that are affecting a number of species. It's an exciting step toward improving the impact of our work on the ground.

Last, and perhaps most important, you need persistence. Conservation today is often an uphill battle, and solutions to human-wildlife conflicts can be elusive. It takes time, various tools and techniques, and much patience to get win-win outcomes. But innovative solutions are out there. And WWF is fully committed to being part of them. If they don't yet exist, we will help create them so that both people and wildlife can thrive.

And when the going gets tough, I get inspiration from the elephants I've always loved. They're persistent; they don't give up. Neither do I.