Lessons in life on the African plains 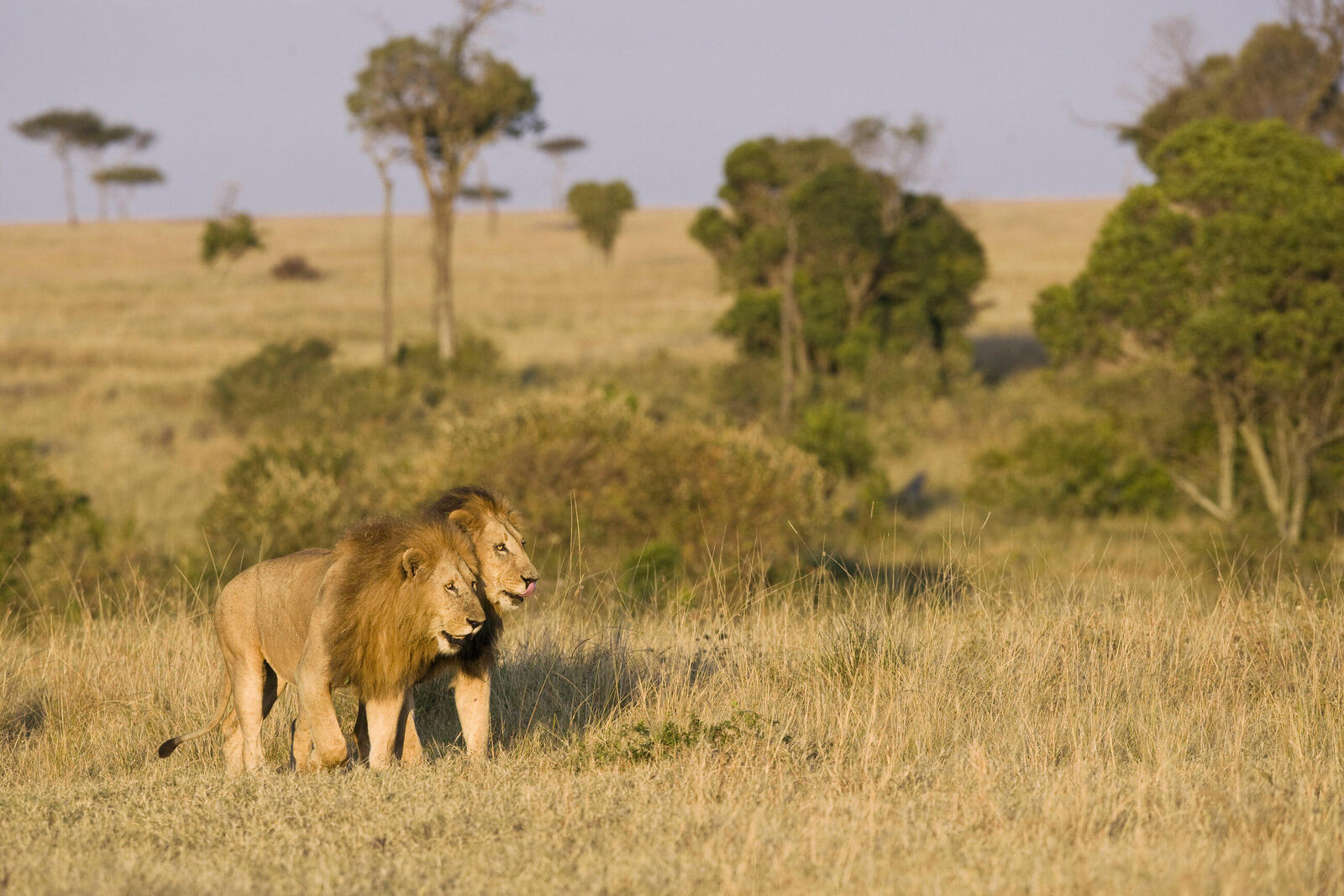 A pair of thick-maned lions moved forward in unison, their hulking shoulders bulging as they ascended a hill. They were tailing another male, an older interloper who had infringed on their territory. The solo male bore days-old gashes and puncture wounds. Our safari group tracked the cats for several miles until the menacing duo turned away, allowing the injured male to skulk off alone.

Of the dozens of mammals we saw in Kenya—elephants, cheetahs, leopards, giraffes—lions opened up their world to us more than any other. Because we stayed in a secluded mobile camp in the middle of Maasai Mara National Reserve, we were able to visit areas where there were no other tourists and spend hours observing lions without interruption.

We encountered a mating pair at sunrise. We observed heavily panting lions trying to digest bellyfuls of wildebeest while hyenas, jackals, and vultures gorged on the scraps. And when the sun was high, we watched a gang of African buffalo try to chase a pride away from the shade of the only tree around.

Two mothers banded together to babysit their months-old cubs, sometimes playing with the babies, other times just watching them wrestle. The boldest young male among them ventured off on his own to stalk a warthog.

He was just playing, but it was important play. With luck, he would be the leader of a pride one day, patrolling the Maasai Mara just as those older males had done the day before.