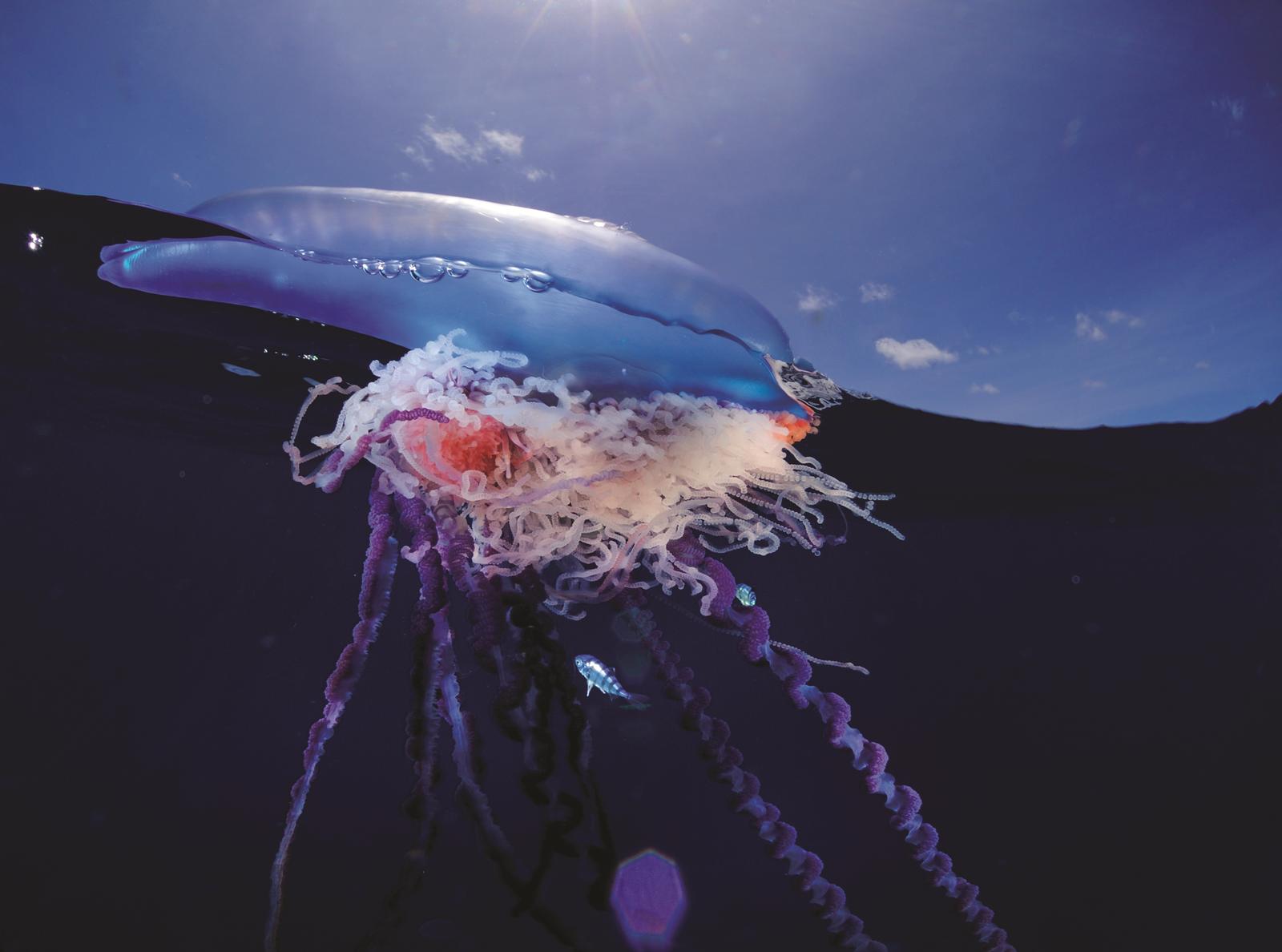 Like the ships that gave them their name, man o’ wars harness the wind to traverse the seas. Their gas-filled bladder sits atop the water, resembling the wind-filled sails of the 18th-century vessels that took Portuguese explorers around the globe. The man o’ war, too, is circumglobal, found from tropical to temperate waters throughout the Atlantic, Indian, and Pacific oceans.

Often mistaken for a jellyfish, a man o’ war is actually a species of siphonophore, a colony of individual organisms that together operate as a single animal—one famous for its dangling tendrils and powerful sting. But despite their fearsome reputation, man o’ wars are rarely deadly to people. In fact, they prey almost entirely on small fish—and are eaten only by specially adapted predators such as sea turtles—making them an important part of ocean food chains.

All this makes the man o’ war an apt metaphor for the interdependence at the core of WWF’s approach. “We’re all connected to and by our oceans,” says Brad Ack, senior vice president for oceans. “Oceans make life on Earth possible, giving us oxygen, food, and a stable climate.  The fate of the oceans is the fate of humanity, and changes like ocean warming, acidification, and deoxygenation threaten us all. That’s why we must take a holistic approach.”