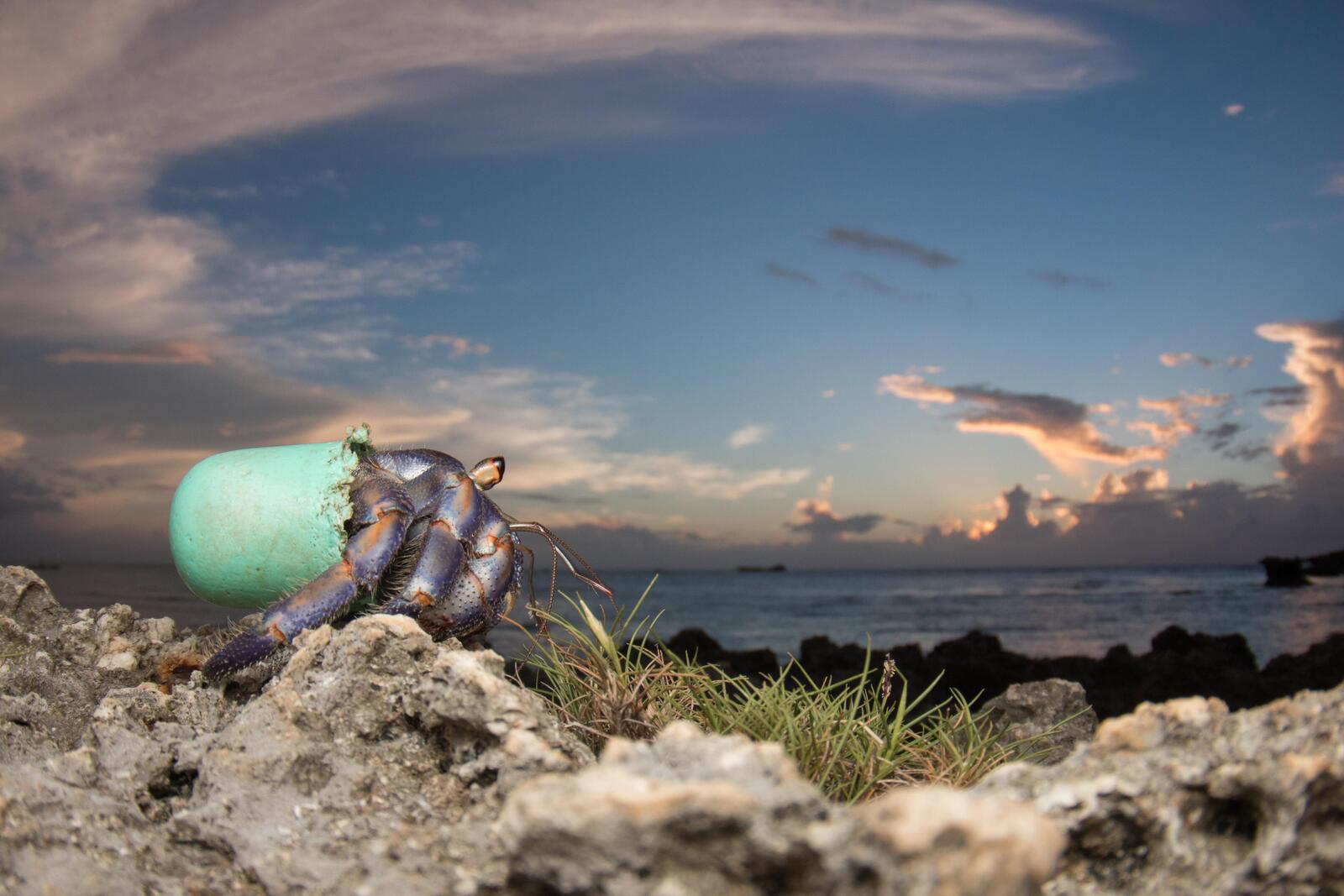 One day in 2010, I was hiking along a forested trail in Okinawa, Japan, when a shiny object caught my eye. I couldn’t believe what I saw: A land hermit crab was crawling along the side of a tree, using a discarded plastic bottle cap for its shell.

Afterward, I began documenting hermit crabs I’d find in unexpected “shells”—often plastic twist-off caps—which they use to protect their vulnerable abdomens. I was amazed by their adaptability. Yet the more I looked for them, the more I noticed the staggering amount of plastic polluting our shores.

I stumbled upon this blueberry hermit crab (Coenobita purpureus) while walking near the lighthouse at Zampa Point (a popular diving spot) one summer evening just before sundown. That’s when nocturnal hermit crabs make their way from the tree line to the beach. As I searched for the delicious-smelling screw pine seeds that attract them, one scuttled by me on a neighboring rock.

Crouching low on the jagged limestone, I placed my lens at ground level and composed a wide-angle shot, which allowed me to focus on the crab’s detail while capturing the setting sun behind it. But I had to act quickly; hermit crabs move faster than you’d expect and dislike the flash. One hint of light and they go back in their shell—plastic or not.