Researchers use drones to count river dolphins in Brazil 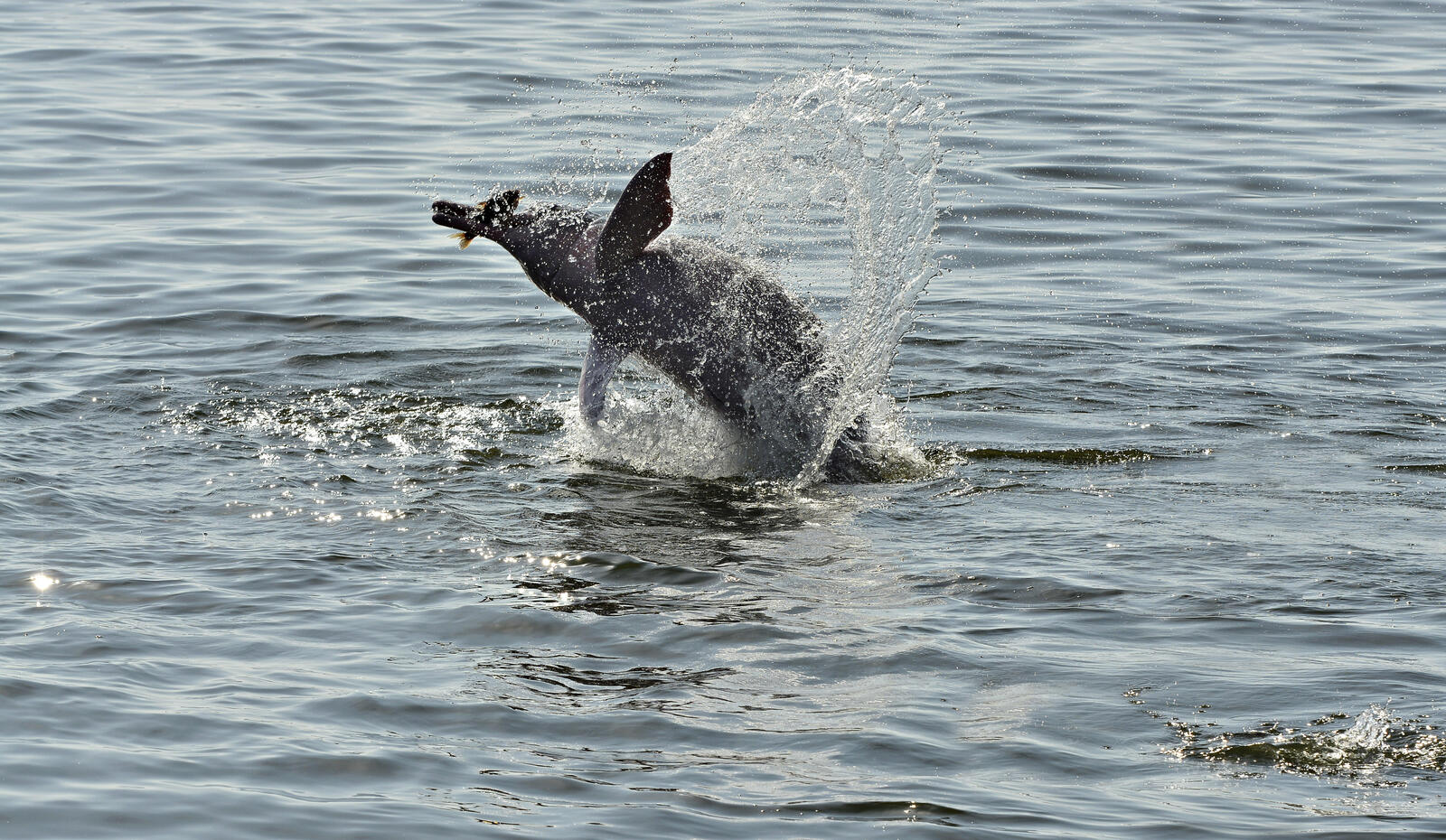 In November 2016, a riverboat threaded its way along 250 miles of the Juruá River in the western Amazon. A team of researchers stood at the bow, each one gazing intently at the water through binoculars. Above them, a quadcopter drone whirred along like a giant white insect, transmitting a stream of images to an onboard computer.

The researchers and the small aircraft had the same job: spotting river dolphins. Only two species—the pink-hued boto (pictured here) and the smaller, gray-colored tucuxi—inhabit the Amazon’s vast river network. Both are threatened by fishing and dam construction activities, but they’re listed as “data deficient” in the IUCN Red List. River dolphins travel based on seasonal water level changes; those movements, combined with the remoteness of their aquatic habitats, make them difficult to track and count.

The November survey, conducted by WWF-Brazil and the Mamirauá Institute, aims to compare the drone’s results with those of the traditional monitoring by humans. The nonprofit Conservation Drones is using the images to develop an automated program for counting dolphins.

“This is the first time anyone has used this technology for estimating Amazon river dolphin populations,” says WWF’s Marcelo Oliveira. The formal assessment hasn’t yet been completed, but if the new technique proves effective, it could allow scientists to count those populations more quickly and over a much broader area—and give them a deeper understanding of the animals’ health and behavior.