Virginia "Ginny" Busch on the importance of hands-on conservation 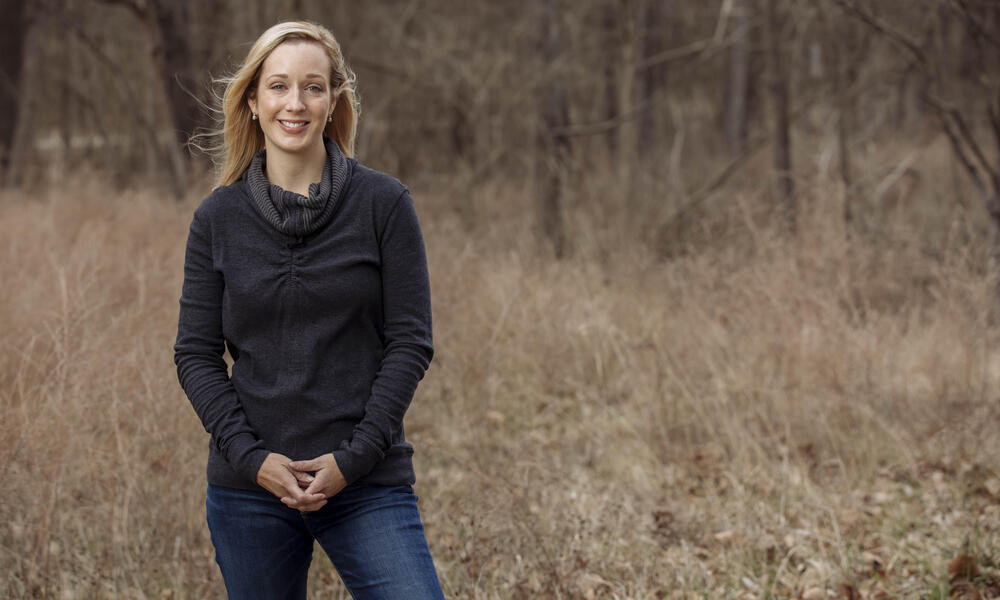 Throughout high school, Ginny Busch thought she would become a vet. She grew up loving animals, and her fondest childhood memories include visiting her grandfather at his farm in south St. Louis County.

“We didn’t have livestock, but we had lots of space, and cats and dogs and goats and horses,” Busch says. “I had a ton of outdoor nature experience as a kid, and whenever I was outside I was definitely in my happy place.”

But after interning at the office where her family pets were treated, she decided it wasn’t the career for her after all: “I decided I’d be happier working with animals in a setting that felt more natural.”

Busch grew up also visiting the Busch Gardens and SeaWorld parks, which were part of her family’s business at the time. During these visits, another seed was planted: the impact it has on people when they are not only around animals, but also have the chance to interact with them. “That was when I first began to realize there was a human side to conservation,” she says, “and how important hands-on experiences could be in nurturing it.”

“Most people feel very protective of where they live and what makes it special...what draws me to WWF is their emphasis on identifying and helping communities implement local solutions to conservation challenges.”

When Busch assumed the helm of the Endangered Wolf Center in 2012, she was determined to instill a strong educational component into its core mission.

“The Center’s been here for more than 45 years, and it’s still one of the best-kept secrets in St. Louis,” she says. “Most people have no idea red wolves still exist in the US, let alone that they’re one of the most critically endangered mammals that are indigenous to this country. We really needed to open the Center doors wide to make sure people knew we were here and felt welcome to come in and learn more about our animals.”

The Center was founded in 1971 by beloved wildlife expert Marlin Perkins and his wife, Carol, a few years after Marlin began hosting his iconic television series, Mutual of Omaha’s Wild Kingdom. Their work began by bringing the last seven known Mexican wolves to the Center for breeding and, eventually, reintroduction into their natural habitat. “They built all these enclosures specifically for breeding and then introduction back into the wild,” Busch says. “At the time it was a very new idea in conservation.”

Busch’s work at the Endangered Wolf Center is illustrative of her strong belief in the power of local conservation leaders to get the job done. “Most people feel very protective of where they live and what makes it special,” she says. “I’m the same way, and a big part of what draws me to WWF is their emphasis on identifying and helping communities implement local solutions to conservation challenges.”

She also likes to point out that, throughout history, wolves have not fared well in children’s literature. From Little Red Riding Hood to The Three Little Pigs to Frozen, wolves have been depicted as villainous creatures to be feared and avoided. And so Busch is now on a mission to challenge and ultimately change this perception. “Predators don’t need to be feared—they have an important role to play in nature,” she says. “You should always be knowledgeable about why they should exist and how they keep our ecosystem healthy.”

Everything seems to have come full circle for Ginny Busch—she didn’t become a veterinarian, but has found a way to take care of animals after all.